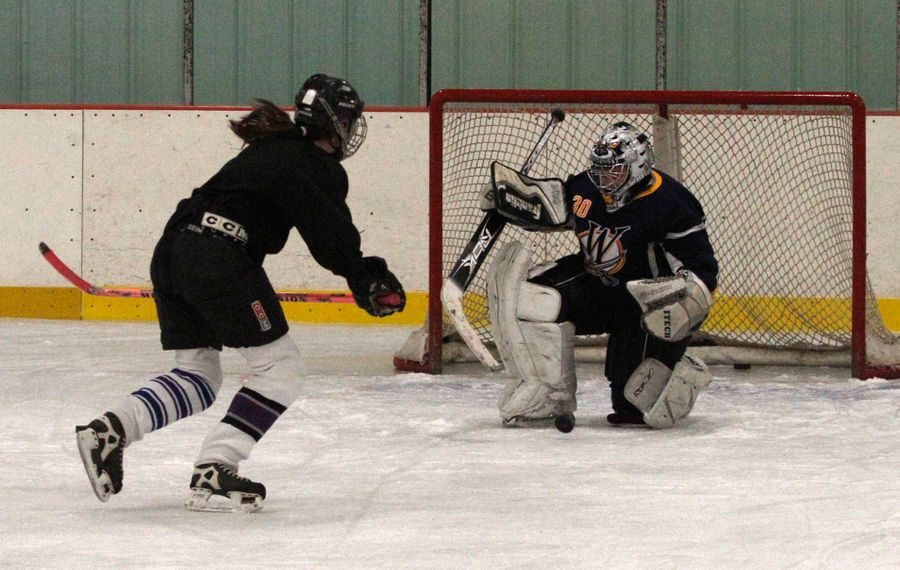 An $8 million plan to upgrade the Brighton ice arena to a community ice center hit a roadblock last month when Tonawanda Town Board members rejected, 3-2, a $400,000 plan to begin a design and engineering study – saying they needed firmer numbers before going forward.

The ice got even thinner this month.

Some Town of Tonawanda residents have begun speaking out against closing the adjacent Brighton Pool and wading pool – part of the plan to make way for expansion. In addition, a $79,000 federal land and water grant was used to refurbish the pool in the mid-1980s. It was granted in perpetuity, for outdoor use, and affects the footprint of the park.

That would make any demolition plans difficult, though not impossible, according to Town Supervisor Joseph H. Emminger.

"We learned of this grant issue through due diligence,” said Emminger, of the town's legal research.

He said the town couldn’t simply pay back the $79,000 or it may lose access to future grants.

”People are saying we can’t get rid of the pool, but that’s not necessarily so,” said Emminger, before Monday’s meeting. “Pools are very expensive to maintain.”

The debate has won supporters on both sides. About 85 people signed an online petition this week to keep the pool and wading pool open.

But hundreds of hockey supporters have lobbied for several years to upgrade the rink. The plan under consideration would repurpose the second ice rink at Lincoln Park as a field house.

Jeffrey Rainey, supervisor of Youth, Parks and Recreation for the town, made a presentation to the Town Board two weeks ago about the project.

Councilman Daniel Crangle, spearheading the plan for an upgraded rink, said the town is losing hockey players and related events to newer facilities elsewhere. He said there is demand for a year-round turf field.

Brighton is one of three pools with wading pools in the town, along with Lincoln Pool and Kenmore Pool. There is a spray park at Sheridan Parkside. Attendance has dropped at all three pools, according to a parks report, but Brighton had the sharpest decline. That pool dropped from 13,272 users in 2008 to 6,641 users in 2017.

Brighton is operating at a $53,000 loss and closing that pool would raise attendance and income at the other two town pools, according to Rainey.

Brighton pools have no interior liners, which causes them to lose eight to 10 inches of water daily, Rainey said. Replacing the liners would cost $639,000. Liners were added to Kenmore pools in 2003 and at Lincoln in 2012.

The two ice rinks at Lincoln and Brighton Park, more than 60 years old, are too small for tournaments and have poor ice surfaces, Rainey said. They operate only five months a year.

Upgrading to a community ice center at Brighton Arena – with locker rooms, room for tournaments and the ability to host events as well as a field house at the Lincoln Park Arena – would allow both facilities to operate year-round.

Rainey said Brighton Arena is within a 30-minute drive for 900,000 people and 10,000 hockey players and there is an increasing demand for ice time. "It's a large market share we are losing," Rainey told the board earlier this month.

Emminger said the response to a field house – which was proposed over a year ago – was largely positive, but there were still a lot of questions.

"We need the public's input," Emminger said. "We are going to make a decision one way or another soon."

He added: “The ice rink is not dead.”