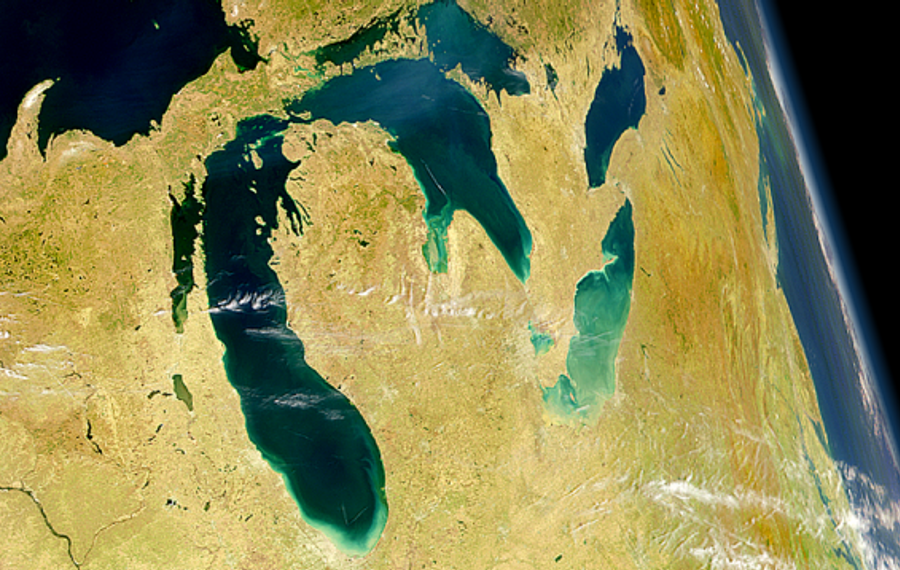 Here’s to the U.S. Senate. Most Great Lakes members held together last week as the chamber refused even to consider a bill that would have opened the lakes to invasive species that would inflict ecological havoc.

Under normal circumstances, the Coast Guard reauthorization bill would have been routine. But under pressure from the shipping industry, the measure under consideration would also have weakened regulations that protect the lakes from invaders including zebra mussels, sea lampreys and other damaging invasive species. It failed, 42-56, in a procedural vote.

This should never have come up for a vote, That it did – as did a different effort in the House two years ago – is cause for concern and for vigilance. House and Senate member from the eight states that border the lakes need to remain on guard, as do the constituencies that understand the vital role played by this inland sea.

No. 1 is that we who live near the Great Lakes are blessed with an abundance of water, which is only becoming more valuable as climate change influences weather patterns. For millions of Americans, it provides hydration for all living things. It allows for cleaning, for firefighting and for other urgent needs.

In decades past, the health of the lakes was of little to no concern to governments or industries, as they were polluted to point ecological hazard. To varying extents, it still happens. Sewage overflows routinely contaminate the waters of Lake Erie, periodically closing beaches.

Invasive species might not directly threaten the availability of drinking water, but they would harm the health of the lakes, which their residents have learned they need to protect.

But that’s not their only value. They also provide for the economic and recreational activity of fishing. The arrival of invasive species threatens the ecological balance of the lakes, including its fish and plant populations.

In addition, Americans have already spent tens of millions of dollars rehabilitating the lakes and their tributaries, including the Buffalo River. The work of cleaning them continues through the federal Great Lakes Restoration Initiative. The work is necessary but is plainly expensive. It would be self-defeating to spend so much money on this important project only to clear the way for a different kind of pollution – one that breeds and expands its destructive influence and that would eventually assert its own high cost.

The defeated proposal would have prohibited states from regulating the ballast water that ships carry to maintain balance and that frequently transports invasive species to new locations. The measure also would have limited the federal Environmental Protection Agency from overseeing ballast water issues.

The shipping industry wanted the changes, complaining about a patchwork of regulations they say are difficult to comply with. To the extent that that is so – and isn’t simply cover for an effort to shed an unwanted expense – it’s possible to have some sympathy.

But other industries – including automotive – are able to cope with environmental laws that vary from state to state. If laws on invasive species can be standardized while continuing to offer appropriate protection to the lakes, so much the better.

But the health of these waters needs to take precedence over the shipping industry’s financial concerns. Its vessels continue to ply the waters of the lakes even as matters stand today. They may not like it, but the health of the Great Lakes is a direct concern of the people of eight states and two nations. That’s the priority.