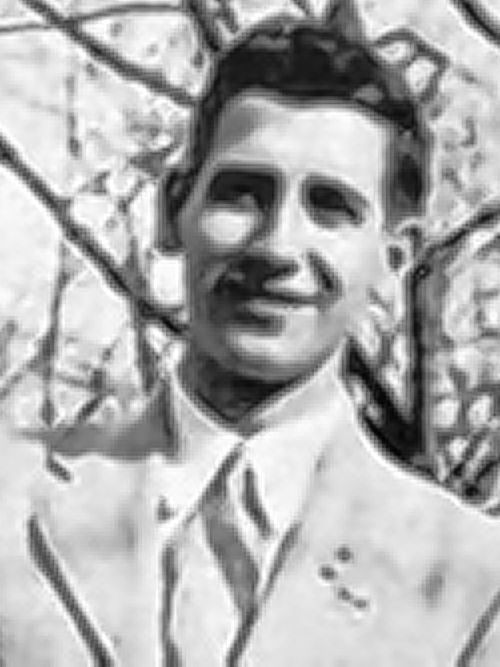 FELLEISEN - Lewis Kestler December 31, 1925 - March 20, 2018. My father did not fear the future. During his lifetime he saw the defeat of Nazism, the eradication of polio, Americans walk on the Moon, the election/reelection of the first African-American president and The Philadelphia Eagles win the Super Bowl. He knew that with hard work, education and maybe a bit of luck, just about anything was possible in this country. Lewis Kestler Felleisen, the grandson of German immigrants, was born in Buffalo, New York on December 31, 1925 to Louis and Caroline Felleisen. His childhood and teenage years were spent in the tight-knit, working class neighborhood of South Buffalo. His father, a Veteran of World War I, worked as a tool and die maker for the Erie Railroad. His mother fit the stereotype of a German haus frau and was proud of it. Lew's first job, at age 10, was selling the now defunct "Liberty" magazine for 5 cents a copy in front of Mercy Hospital together with his brother, Ken. During the Depression, his parents almost lost the family home to foreclosure. The hardship of his childhood left a lasting impression on him. He was a proud graduate of Buffalo Technical High School, class of 1944. After graduating from "Tech" he enlisted in the US Army Air Corps. His first job returning to civilian life was as "Helper" at an open hearth furnace for Bethlehem Steel. This was hard, dangerous work. With the financial assistance of the GI Bill, Lew and millions of other World War II Veterans attended college for free. This was a transformational event in his life and in our country's history. It unleashed a tidal wave of innovation and economic activity. Dad attended Rensselaer Polytechnic Institute (RPI) in Troy, NY. He was never ashamed to admit "I had a helluva time with physical chemistry". He readily acknowledged he was not a gifted student: his work ethic was unmatched. When listening to recent discussions about whether the government should help students pay for college he was shocked anyone would not see the obvious benefit to the country. He was proof. He graduated in 1950 and wed Mary Alice Godfrey in 1952. After working for General Motors in Detroit, the siren song of Buffalo lured him and Mary Alice back to Western New York. He was employed at Moog Inc. in East Aurora, NY. At Moog, he worked as a Quality Control Engineer on rocket boosters for the Mercury, Gemini and Apollo space projects. Like everyone at Moog, he took great pride in his work, was awed by the visionary leadership of Bill and Art Moog and treasured his small role in the race to the moon. Lew and Mary Alice had three sons born in Buffalo: Tim, Tom and John. Go Bills!
In June 1971 my father was one of the first people hired to work at the newly created Environmental Protection Agency (EPA). President Richard Nixon created the agency just six months earlier. Lew retired from the EPA in 2010 at age 84. Dad loved working at Region III in Philadelphia and treasured the friendships of his dedicated coworkers. He was especially encouraged by the professional advancement of women and people of color in the workplace. He viewed this as America moving toward its promise of a more perfect union. He often said any nation that prevented a large percentage of its citizens from being free would never prosper.
Although his career took him away from Western New York, he always thought of Buffalo as his home. His favorite place on earth was Chautauqua, NY. The family built a cottage there in 1948 and he treasured the days there, even if the fish weren't biting. In 2014, after 70 years of fishing Chautauqua, Lew finally caught his first "muskie". It was 31 inches long and he had to release it. His beloved bride, Mary Alice, died in 2012. Their first son, Tim, died in 2015. Dad moved from the family home on Crestline Road in Wayne, PA to Federal Way, WA in November 2015. He enjoyed life in suburban Seattle and being near his daughter-in-law, Lorraine, her extended family, and his granddaughter, Grace. During his last years he would often say: "One of the nice things about being retired is that you finally get the chance to look back and think about things. I can't believe what a great life I've had." Lew is survived by his sons, Tom and John, and granddaughter, Grace. Surviving nieces and nephews include Clare Felsman, Kathy Godfrey-Gaborit, Mary Trendell, Ken Felleisen, Michael Godfrey, Paul Felleisen, Brian Godfrey, and sister-in-law Joan Godfrey. A Funeral Mass will be held at St. Vincent de Paul Church in Federal Way, WA on Friday, April 27, 2018 with arrangements by Klonz Funeral Home of Auburn, WA. A celebration of his life will follow at Salty's at Redondo. Burial will be at Washington Crossing, PA, with his wife, Mary Alice.
In lieu of flowers, the family requests donations to St. Martin de Porres Catholic School, 2300 West Lehigh Avenue, Philadelphia, PA 19132. St. Martin's provides a wonderful education for urban youth.