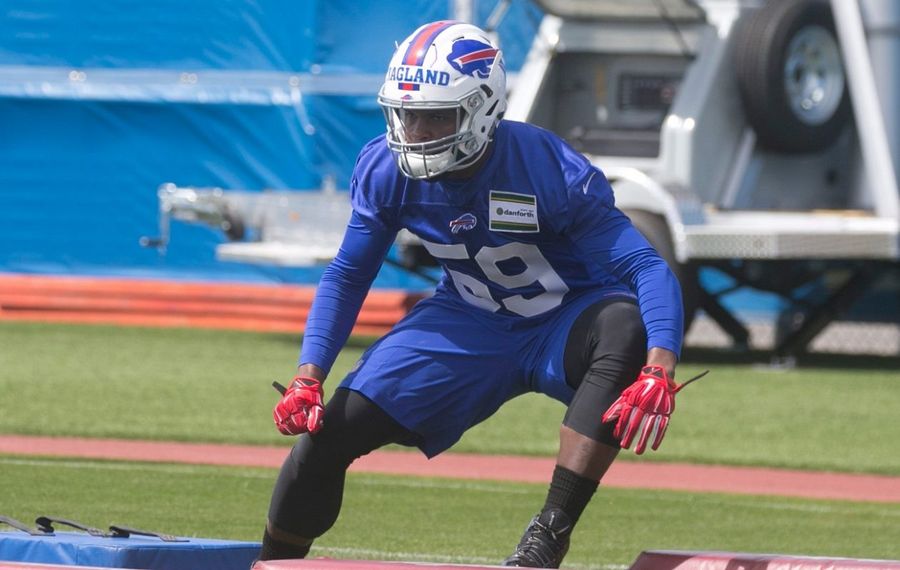 "I think we're all excited about him and we think he can be a star," Brett Veach said during the team's pre-draft press conference. "We were very fortunate to be able to execute that trade."

That trade was with the Buffalo Bills last summer in which the Chiefs acquired Ragland for a 2019 fourth-round draft pick.
Ragland recorded 44 tackles in 12 games with the Chiefs in 2017.

Ragland, 24, who was selected by Buffalo with a second-round draft pick in 2016, was the SEC Defensive Player of the Year in 2015 at Alabama.

Ragland missed his entire rookie season in 2016 after suffering a torn ACL in his left knee during training camp.

"We think him and Anthony Hitchens will be a dynamic duo," Veach said, "and as I said earlier, will kind of change the mindset and bring a temperament with them."

Hitchens, 25, recorded 84 tackles and a forced fumble in 12 starts with Dallas last season after missing the first four games with a knee injury.