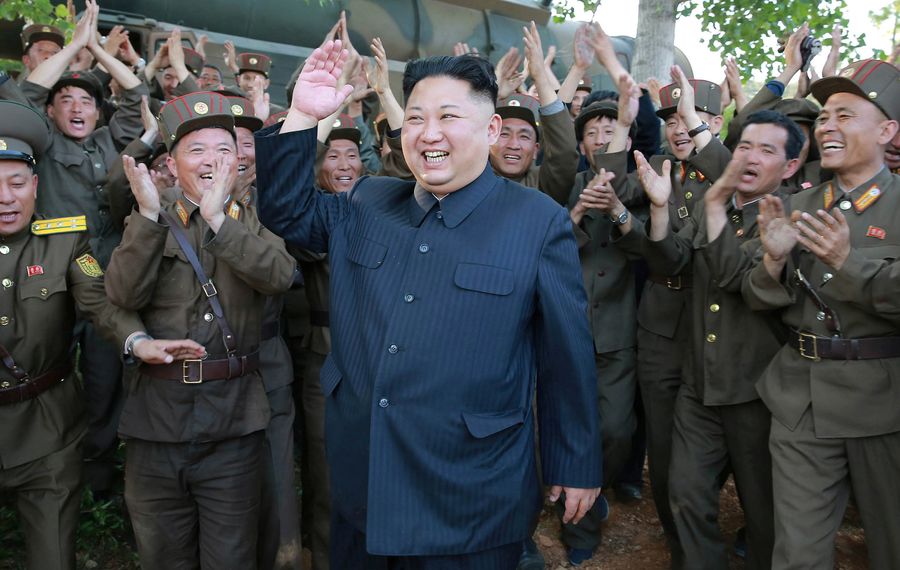 “The nuclear test site has done its job,” Kim said in a statement carried by North Korea’s state media.

Kim’s announcement came just days before a scheduled summit meeting with President Moon Jae-in of South Korea; Kim is also planning to meet with President Donald Trump soon. It was the second time in two days that he made what appeared to be a significant concession to the United States but in reality cemented the status quo. North Korea already had stopped testing its weapons.

Kim made no mention in his latest remarks of dismantling the nuclear weapons and long-range missiles North Korea has already built. On the contrary, he suggested he was going to keep them.

Still, Trump welcomed what Kim said. “This is very good news for North Korea and the World – big progress! Look forward to our Summit,” the president said in a Twitter message.
Moon’s office also praised the announcement. “We view the North’s decision as a significant step toward the denuclearization of the Korean Peninsula the world has wished for,” said Yoon Young-chan, a spokesman for Moon.

On Thursday, Moon said Kim had made a similar gesture, saying the North no longer insisted on the withdrawal of American troops from the Korean Peninsula. But White House officials privately dismissed the remarks, saying removal of the troops was never on the table.

Caution toward Kim’s peace overtures also punctuated the reaction of officials from Japan, which North Korea has long threatened with missile strikes. The defense minister, Itsunori Onodera, said the move was “not sufficient” because it did not clearly state whether the suspension included the short and midrange missiles that could hit Japan.

Analysts in the region are divided over Kim’s motives. Some argue that Kim just wanted to use negotiations to buy time and ease international sanctions. But others say Kim would eventually give up his nuclear arsenal if he were provided with the right incentives, such as security guarantees, normalized ties with Washington and economic aid.