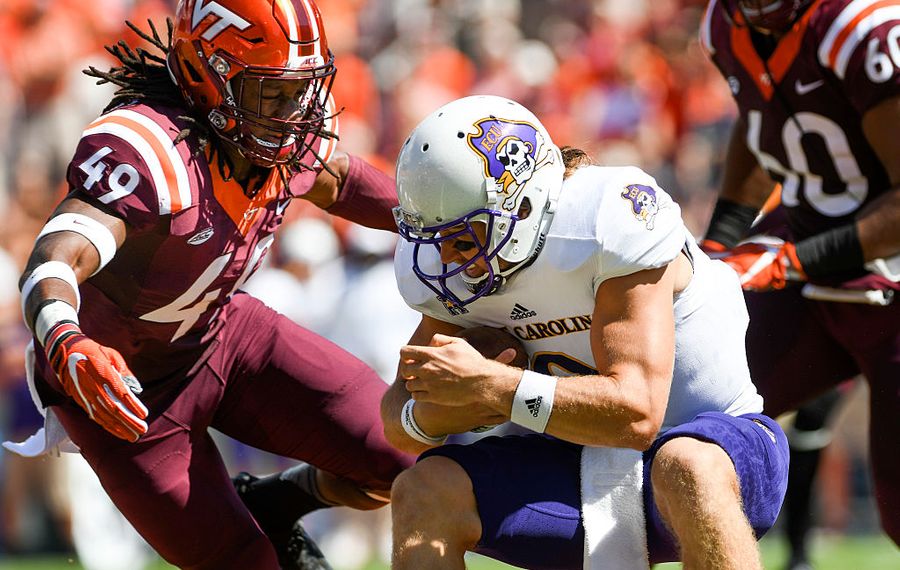 We start with our reader question of the day:

Sam Ruggiero asks: A bird in the hand is worth ... well, you know the rest. Would we be better keeping pick 12 & getting Tremaine Edmunds as a sure thing or take a chance with one of the QBs who may NEVER pan out?

Jerry Sullivan: I understand the reluctance to trade away draft picks. But there are no guarantees in the NFL draft, regardless of position. Who says Edmunds is a sure thing at No. 12 overall? Look at the Bills' draft history. Aaron Maybin went 11th. C.J. Spiller went ninth overall. Were they sure things? You never know.

There's always a chance a player won't pan out. Projecting college football players into the NFL is an inexact exercise. It's not just quarterbacks. Granted, the price of getting a top QB prospect is steep. But the Bills have spent too many years not taking a shot at the most important position.

You'll never hit the jackpot if you don't have a seat in the game. The Bills collected draft capital to get a quarterback. I'd rather Brandon Beane take a bold shot at the Bills' next franchise QB, a guy who could make them a playoff contender for a decade or more, than play it safe with supposed "sure things" at other positions.

How much should be Bills be willing to give up to get their QB? News writers Vic Carucci and Jay Skurski argue both ends of that equation in our Path to the Passer series. Skurski argues the Bills should do whatever it takes, while Carucci says the Bills can't get too crazy is selling off assets, especially next year's first-round pick.

Related: When evaluating QBs, how much does a rocket arm actually matter?

Also related: Will the Bills trade up? Phil Savage and Gil Brandt think so.

So you love mock drafts, eh? You know who else does them? NFL general managers and scouts.

Get a load of this guy: A globetrotting Buffalo native takes #Buffalove and a Bills flag wherever he goes.

Bills open as underdog for Week 1 in way-too-early odds: I mean ... sure. Knock yourself out.