Here's a disclaimer: It's hard to take much away from a scoreless draw involving FC Buffalo, which trotted out only three signed players, a handful of trialists and a slew of alumni, and Daemen College, in the throes of its spring season.

The exhibition match, held Friday night in Sweet Home High School, nevertheless whetted the palate for a new season of outdoor soccer and the anticipation of the coming National Premier Soccer League slate.

The fact that roughly 100 fans bundled up and paid the $5 despite temperatures in the 40s is a testament to the devotion of the local soccer community, which was exciting to see.

On to the now-thawed takes:

*WHAT DOES IT MEAN? Only Sammy Wasson, Jeremy Figler and Kendell McFayden were the FC Buffalo players that fans knew would represent the team this coming season.

All three started and played pivotal roles on the evening, with McFayden nearly connecting on a Devonte Black cross early in the second half and later drawing a dangerous free kick after a lightning-quick turn. Even as he approaches his 30th birthday, the former Rochester Rhinos attacker remains one of, if not the best athletes on the field.

While it's hard to predict Wasson's role for the Wolves, he played his usual game of tidy possession, quick turns away from pressure and unselfish distribution. There are times you'd like him to take more chances creatively in the attack, but he's certainly a headache to mark.

With uncertainty whether Canisius College senior Marco Trivellato will stick around Buffalo for the summer, Figler seems increasingly likely to be the No. 1 goalkeeper for the Wolves this year. With professional indoor experience, a coaching background and trustworthy feet, the former Grand Island Viking is qualified for the role. 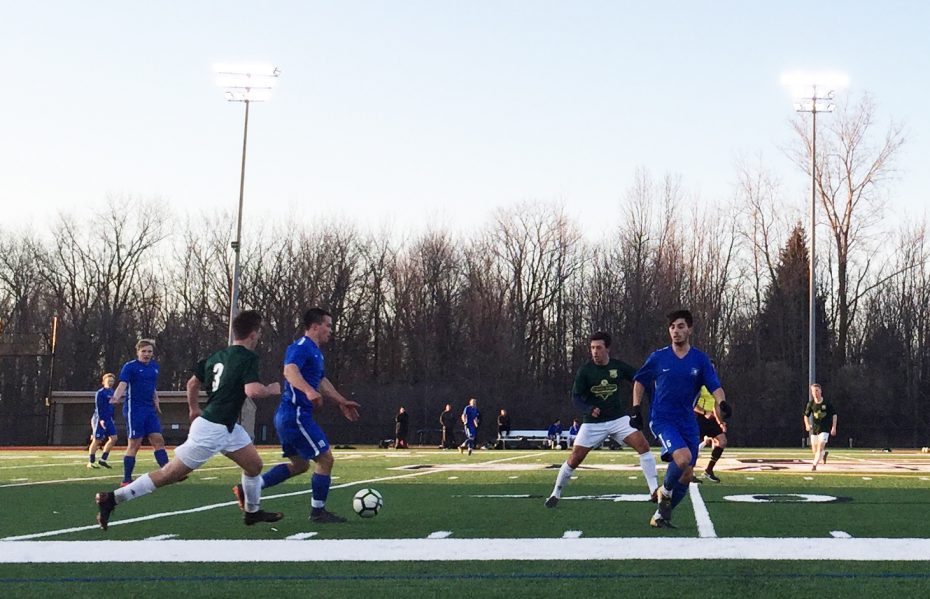 *ON TRIAL: While the players on trial weren't specified by club management, Genesee Community College's Ross White and Charlie Livesey, as well as Buffalo State's Black, seemed like the players in contention for a roster spot.

Livesey showed off a sweet left foot at times, but was frustrated in possession on occasion. White played his outside back role competently, joining the attack occasionally but taking few risks off the ball.

Black, who earned All-Region honors for Buffalo State last fall, is a live wire on the wing, frequently demanding the ball and making threatening overlapping runs. He largely avoided being exposed defensively, aside from a late challenge in his own 18-yard box that the referee deemed clean despite cries from the Wildcats. Admittedly, it would have been a harsh decision in the 90th minute.

*STANDOUTS: Former Canisius College defender Jake Montante is not a traditional center back, but he filled the position with toughness and responsibility on Friday. Feisty and strong in challenges but quick enough to recover when beaten, the Canisius High School alum didn't hurt his stock in front of the FC Buffalo brass.

New Niagara University assistant coach Michael Tanke, who just replaced Michael Meyer in the role beneath gaffer Bill Boyle, competed well in the midfield. A former Rochester Rhino himself, he proved a fiery leader and organizer for a team low on pre-match continuity.

Although he come on as a substitute, St. Joe's Collegiate Institute star Spencer Frome made the play of the game in the second half, robbing a Daemen forward of an empty-net tap-in when he anticipated Niklas Ringdahl Bohlin's cross and timed his tackle to perfection. Last we knew, via WBFO, Frome was likely headed to Harvard University to study neuroscience, but it's possible he'll play soccer there, too.

*DAEMEN UPDATE: With a fitness advantage and more training under their belts, the Wildcats were by no means steamrolled in possession or quality by the Wolves. In fact, it was fairly even.

Deploying Ringdahl Bohlin and Kristian Aadnoy next to each other in deep-lying central midfield roles served the dual purpose of clogging the middle and providing smooth transitions from the back line to the forwards, a savvy move from head coach Bobby McColl that may not have resulted in an offensive explosion but certainly kept the Wolves at bay.

It wouldn't be a stretch to say that Ringdahl Bohlin was a top-three player on the pitch, and expect the Swede to be in consideration for an FC Buffalo roster spot should he remain in the area for the summer. 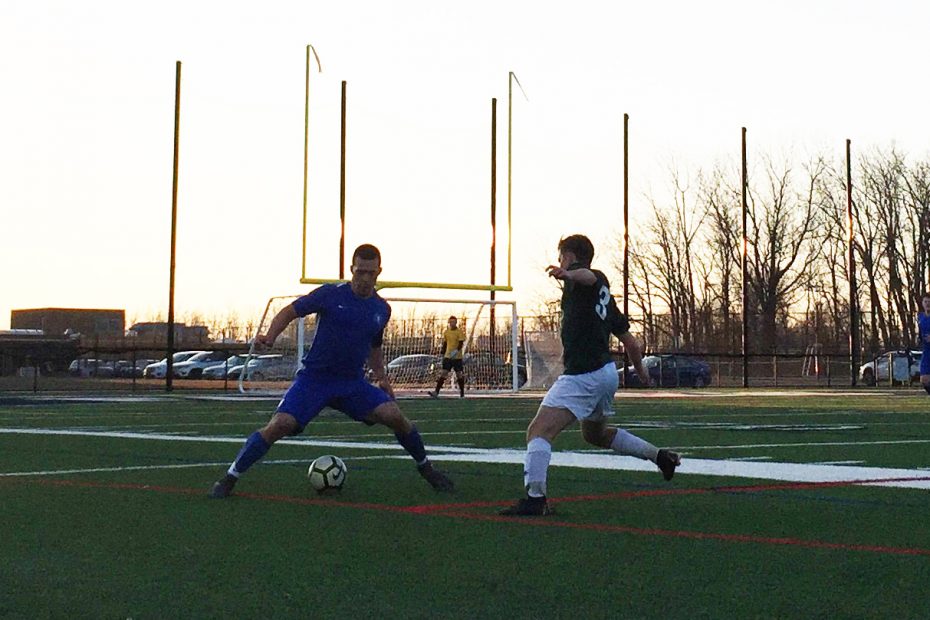 Lecceadone pushed Josh Hall's point-blank header off a corner kick over the crossbar, but was bailed out by luck when he left his line only to see Bryce Schiltz lob him - the ball bounced over the bar, however.

Keem, the older brother of teammate Noah, was back in action for Daemen after missing the whole 2017 season due to a knee injury. Without a brace on his leg, the elder Keem looked strong, confident and sharp in one of his first matches back in the fold. His return will solidify a defense that was leaky last fall, conceding 45 goals in 18 matches.

*Anthony Johnson and Pablo Ordonez were originally listed on the roster for the evening but weren't at the game. Goalkeeper Steven Pufpaff, headed to Penn St. Behrend and not Mercyhurst as I mistakenly noted yesterday, warmed up for the match but did not enter.

*FC Buffalo assistant coaches Casey Derkacz and John Grabowski both substituted into the match in the second half.

*To continue a busy soccer weekend, the blog will cover BSC Raiders vs. FC Motown in a U.S. Amateur Cup clash at 4 p.m. April 22 at Nichols School. Stayed tuned to Twitter and the website for full coverage of tournament play.