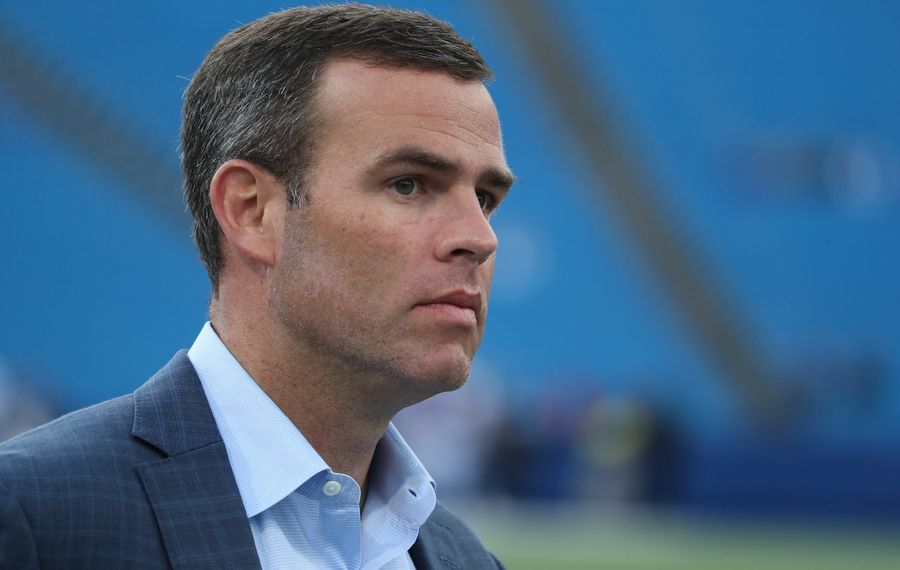 Mock drafts are everywhere as the draft continues to draw closer, but it's not just the media and fans who assemble them.

NFL scouting departments do them, too.

Bills General Manager Brandon Beane said he plans to do an internal mock draft with his staff on Monday to help prepare the Bills for the various scenarios that might emerge on draft night.

"We’ll sit there and just go through it, and that’ll be each other’s job to throw up scenarios that are legit and real and we’ll debate them in the room, ‘Which way are you going?'" Beane said. "We’ll actually do some actual mocks; I’ll assign some guys, ‘Hey, you’re the Browns, you’re the Giants, you’re the Jets and down the line’. Who would you choose based on their needs and what you’re hearing out there, the ‘chatter’ so to speak, just to basically give yourself those scenarios? We’ll do that through the first couple rounds, so 12, 22, 53, 56."

New England coach Bill Belichick said the Patriots also do a mock draft as part of their draft preparation.

"Sometimes it just sparks a conversation," Belichick said recently. "If you did a mock draft where each guy has a team, and now you look at the board and, 'OK, now it's our turn to pick,' and it's, 'Gee, this is a scenario we haven't really thought about,' that can stimulate some [thoughts].