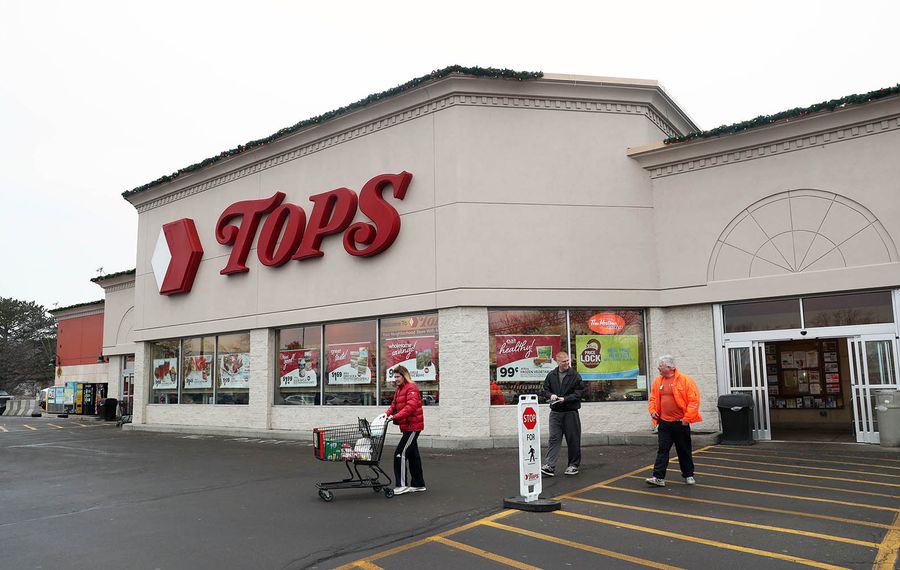 Tops Markets is looking to close "a few" of its underperforming stores as it tries to restructure its supermarket business in bankruptcy.

The supermarket chain has not said how many stores it plans to close or where they are located.

"No decisions have been made about potential store closings," said Kathy Romanowski, a Tops spokeswoman.

But in documents filed with the U.S. Bankruptcy Court, Tops is seeking permission to proceed with the store closings and hire a liquidation company to help it with the closings.

Tops said "the vast majority" of its 174 stores "are already sustainable profit centers, showing strong sales numbers" and offering the potential to generate strong cash flow in the coming years.

But some Tops stores have "consistently underperformed," the company said.

While Tops has not outlined the scope of the store closings, documents previously filed with the Bankruptcy Court indicate that they may not just be isolated occurrences. Nearly one of every eight Tops stores is a drain on the company's cash flow, according to the company's bankruptcy filing in February, putting those supermarkets on the hot seat.

That could mean that Tops wants to close between 18 and 24 stores among its stable of 169 supermarkets, said Burt Flickinger, the Buffalo native who is the managing director at New York City retail consultant Strategic Resource Group.

“It’s not a surprise,” Flickinger said.

[David Robinson: Amid tough competition, Tops has a plan]

Some of its underperforming stores have been hurt by high rents that have squeezed the already narrow profit margins that supermarkets operate with. Others are in markets that are "over-saturated with supermarkets." Still other stores are too big for Tops' needs, the company said in the filing it made this week.

That Tops is hoping to close some stores is not surprising. Tops CEO Frank Curci said in February, after the company filed for bankruptcy, that it would review its weakest performers during reorganization process.

By asking a bankruptcy court judge to approve the hiring of a liquidation consultant and procedures it has established to close underperforming stores, Tops is showing that it is serious about shutting some of its poorly performing stores. Tops is asking the Bankruptcy Court to hold a hearing on its request on May 10.

Bankruptcy offers companies like Tops the ability to more easily restructure their operations and gives the company more leverage to renegotiate or terminate leases that it considers to be too costly.

By closing some of its stores, Tops said it will improve its finances by eliminating stores that are a drain on its cash flow.

The company said its executives and their advisers have been reviewing the supermarket chain's stores for several months, looking at their profitability and their impact on their individual markets. The company also considered factors such as occupancy costs, as well as each store's track record of profitability and forecasts for the earnings power of those stores going forward, given current sales trends and projections for the future.

Tops also looked at each stores' individual market and the potential for the company to negotiate lower rental rates from the stores' landlords, the filing said.

Flickinger said it is likely that Tops will close its lone Orchard Fresh store in Orchard Park. Orchard Fresh was intended to compete with grocers like Trader Joe's and Whole Foods but has struggled to find its niche. Instead, Tops should continue its rural expansion strategy and invest more in its profitable stores, Flickinger said.

Curci has said that Tops' business is healthy, but was being swamped by debt payments that were too much for it to absorb at a time when competition in its upstate New York markets was intensifying and falling meat and dairy prices were cutting into its revenues.

"Our business is strong. Our balance sheet is bad," Curci said in an interview after Tops made its bankruptcy filing in late February.

Tops is hoping to use its bankruptcy reorganization to escape the interest payments, topping $80 million a year, that were caused by more than $720 million in debt it has accumulated since 2007. Nearly half of the debt was used to pay nearly $350 million in dividends to Morgan Stanley Private Equity, which acquired Tops in a leveraged buyout in 2007 and owned the company until it sold to Tops management in another leveraged buyout in late 2013.

As part of the reorganization, Tops is hoping convince the investors who own most of its $724 million in debt to swap it for stock. That could reduce Tops' interest payments by up to $60 million a year.

Tops' finances, which were never strong after Curci led the management buyout in late 2013, deteriorated further over the past three years as competition heated up and some food prices, especially on meat and dairy products, started to fall.

Those two trends caused Tops' sales to stagnate and weakened its profit margins. The company's losses got worse. After reporting a $15 million loss in 2014, the company had losses totaling $187 million during the last three years, including an $80 million loss in 2017.