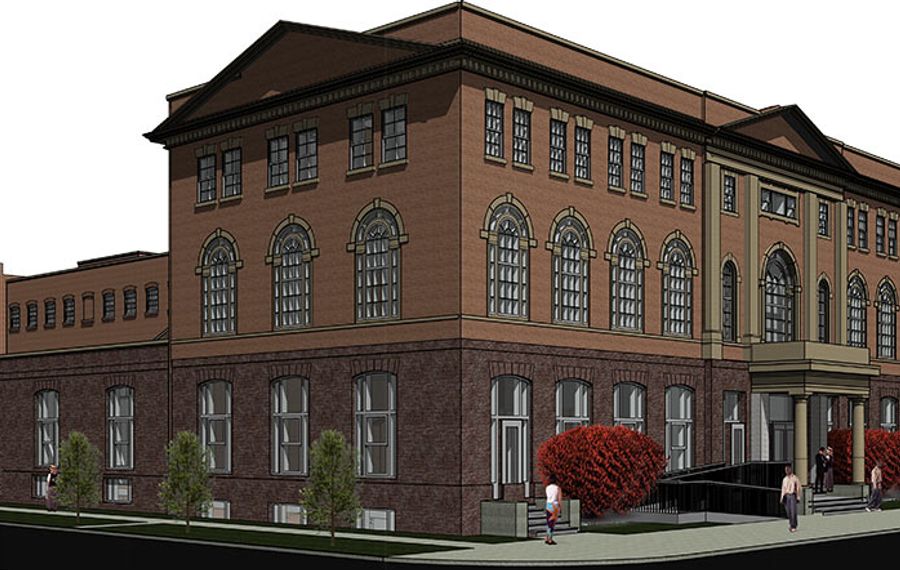 The newest affordable housing complex in the city is now open for residents, as sponsor Regan Development Corp. completed its $17.3 million makeover of the former Buffalo Milk Co. building on the West Side into new residential units.

The Westchester County developer, who acquired the aging industrial facility at 885 Niagara St. in June 2016 for $140,000, converted the 77,000-square-foot building into 53 new one- and two-bedroom apartments. It's the latest in a series of redevelopments of old and empty buildings along Niagara Street into vibrant new apartments and storefronts.

“Regan Development is proud to serve as a tool for the revitalization and growth of the Niagara Gateway corridor by preserving and restoring the historic Buffalo Milk Building and adding it to the National Register of Historic Places," said Regan President Larry Regan.

The units rent for below-market rates of $495 and $612 per month, respectively, using specific income limits, with tenants paying for their own utilities. There are 41 one-bedroom apartments and 12 two-bedroom units, plus two first-floor commercial spaces and 16 parking spaces.

Each apartment in the new Niagara Gateway Apartments includes new energy-efficient appliances, spacious bedrooms and large closets, hard-surface flooring and newly tiled bathrooms, according to a press release. There's also an elevator, a community room with a kitchen, laundry facilities on each floor, a playground and greenspace.

“Buffalo’s West Side has been revitalized in recent years with new populations bringing new life and vibrancy to the neighborhood," said Erie County Executive Mark C. Poloncarz. "That trend will continue with the completion of the Niagara Gateway Apartments, new housing that will bring more families and individuals into this historic community and will also provide a welcoming home and safe space for refugees beginning their lives in America." 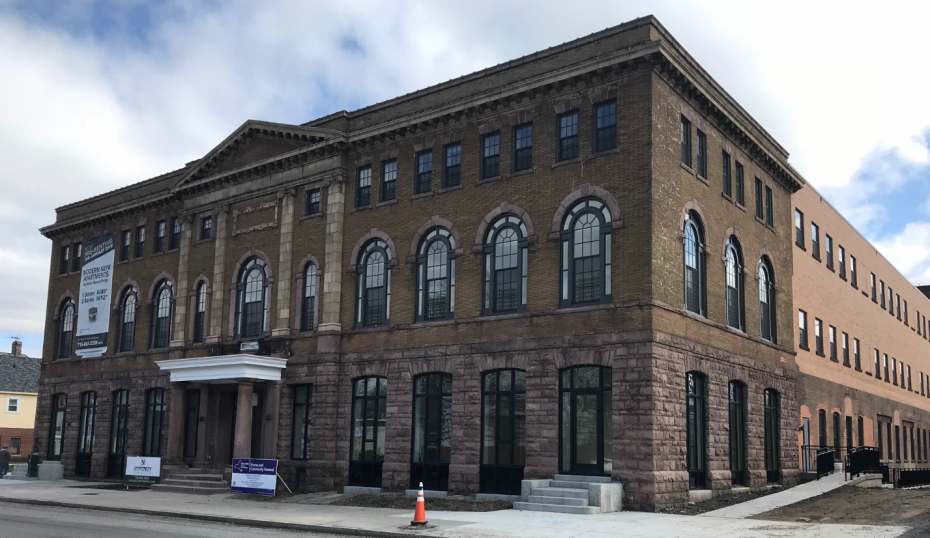 Eight of the units are reserved for formerly homeless refugees through a partnership with the International Institute of Buffalo, which will refer potential tenants and provide supportive services. State officials noted that many of the 10,000 refugees who have settled in Buffalo in the last 10 years live on the West Side.

The three-story building, which also fronts on Prospect Avenue, was designed by Sidney Woodruff in a Romanesque style and constructed in 1905-1906, using Medina sandstone, Roman brick and arched windows in its facade. Also known as the "Architectural Circus" building, it included two three-story masonry buildings connected by a one-story section, but had deteriorated amid years of vacancy.

Ardsley, N.Y.-based Regan demolished most of the property, saving the most ornate facades while reconstructing a new building. The project – whose cost was originally projected at $8 million – received a $1.81 million grant from the Better Buffalo Fund.

“The Better Buffalo Fund was created to support vibrant, mixed-use communities like the Niagara Gateway Apartments, which brings a vacant building back to life to provide affordable housing on Buffalo’s West Side," said Buffalo developer Howard Zemsky, who is president and CEO of Empire State Development Corp., which administers the Better Buffalo Fund that is part of Gov. Andrew M. Cuomo's Buffalo Billion initiative.

"Expanding affordability and connecting with community needs, such as housing for homeless refugees on Buffalo’s West Side, is critical to strengthening our neighborhoods and growing the economy," said RuthAnne Visnauskas, commissioner of Homes and Community Renewal. "Niagara Gateway Apartments adds to the mix of space for retail or service businesses that will deliver jobs and opportunity to the area.”

Regan, an affordable housing developer that previously renovated the former Packard Motors Showroom complex at 1325 Main St., also worked with Preservation Studios on the project, which was designed by HHL Architects.