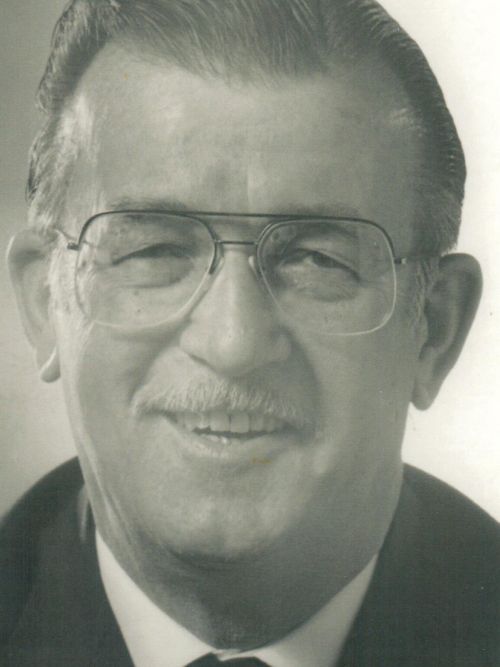 Before he became highway superintendent, the plows didn’t go out to clear town roads until the snow was knee high.

When he announced his retirement after 25 years at the helm, in February 1999, then-Supervisor Peter A. McMahon paid tribute to the way his department handled a heavy snowstorm earlier that winter.

“We had the fewest problems, we didn’t have to close any roads, we didn’t have a driving ban,” McMahon told The Buffalo News. “It’s the management of Norm Mrkall that has gotten the Highway Department where it is today, that it can cope with that. He’s absolutely demonstrated leadership across the board.”

Mr. Mrkall died unexpectedly Tuesday in his Grand Island home. He was 81.

“A lot of credit goes to him for the change toward modernization, higher productivity and better quality roads,” Ray Dlugokinski, who succeeded Mr. Mrkall in the post, once told N.Y.S.  Superintendent’s Profile, a trade magazine. “What made him a good boss? He had respect for people and was very community-minded.”

“Norm came in with lots of new ideas,” Dlugokinski told N.Y.S. Superintendent's Profile. “He was a trendsetter and responsible for new equipment from 1978 onwards.”

Born in the Town of Tonawanda, Norman J. Mrkall grew up on Grand Island before the town had its own high school. He served in the Army, was stationed in Guam and received training in highway development, engineering and management of heavy equipment.

Returning from service in 1957, he became a plumber and a union carpenter. He helped build a number of homes on Grand Island, including his own. He was operating a plumbing business in 1973 when he ran as an independent for highway superintendent. He won by a single vote, then was re-elected seven times.

He expanded snow plowing from three routes to seven and took over the plowing of all county roads on the island, a move that bolstered the town’s snow-removal budget. His efforts were recognized statewide.

He served five years as chief and many years as chairman of the board of directors. In recent years, he was president and a director of the company’s Benevolent Association.

“His leadership molded this organization into one of the finest volunteer fire companies in Western New York,” the company noted on its Facebook page.

“He did tons of things,” said his son, Norman J. II “Skip,” who also has served as fire chief and is deputy town highway superintendent. “He got the first Class A uniforms, started the first fire dispatch and upgraded equipment.”

He and the former Charlotte Smith were married in 1960. A teller at the M&T Bank branch on Grand Island, she died in 2012.

In addition to his son, survivors include two daughters, Brenda Ann and Cynthia Ann; and two granddaughters.