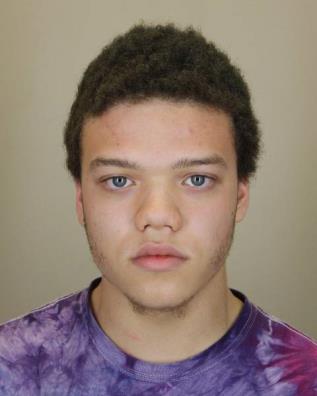 A Hilbert College freshman who is accused of making threats to fellow students was arrested by Town of Hamburg Police this week.

Breandan Mantz, 19, of Newark, N.Y., was arraigned Friday in Hamburg Town Court on two counts of criminal possession of a weapon in the fourth degree and one charge of menacing, all misdemeanors. Town Justice Gerald P. Gorman set bail at $2,500 cash or bond, or $5,000 property.

Mantz allegedly told others that he "had a list" of students he planned "to make disappear," according to a spokeswoman for the District Attorney's Office, and on Monday Hamburg police searched Mantz's dorm room and reportedly found a martial arts throwing star.

Later, another student said that Mantz allegedly threatened him with a knife for being among those reporting the original threats to the college's office of Residence Life.

Mantz is due back in court at 9:30 a.m. May 4. The judge also issued a stay-away order of protection for the student who reported the knife threat.

Hilbert posted on its website earlier this week that the Campus Safety Department "had received information, indirectly, that a student on campus was in possession of a weapon."

A safety officer looked into the matter and determined "that the threat was NOT credible and there was NO IMMINENT threat to the campus," according to the college. Nevertheless, the Student Life Staff pushed for further investigation and Town of Hamburg Police made the arrest.

The college also posted that it has nothing to add, telling students, "We currently have no information on their investigation, and the evidence and/or witnesses they have obtained," while maintaining that it is "steadfast in our commitment to protect the safety and rights of all of our students."

Hilbert released a statement Friday that provided a timeline of events on campus from the time campus security learned indirectly that a student was alleged to have had a weapon on campus Monday, even though the claim was not, ultimately, borne out.

The college Thursday held an open forum for students that ran for more than 90 minutes and stated that it would continue to address individual student and parent concerns about campus safety, as they arise.