It would almost certainly have swimming, probably with both a pool and a beach, plus a range of sports and entertainment.

Maybe there would be some volleyball, rock-climbing or mini-golf. It might also include nature activities, with gardens, walks through woods, or just relaxing in a hammock. Don't forget the accommodations, and, of course, an all-you-can-eat buffet.

OK, now put it on the shore of Lake Ontario.

It may sound unusual, but that's the vision that Ernie Ramstetter and David Muscoreil hope to bring to reality in Western New York.

It's not exactly the Caribbean or Club Med, but they're counting on the beauty and grandeur of one of the Great Lakes, and a back-to-basics focus on relaxation, as the lure to draw in weddings, family gatherings and vacationers.

"Our society is so stressed out," Ramstetter said. "We're on a hamster wheel and this is an opportunity for people who live here to get off the wheel, unplug and just go back to being who we were when we were born." 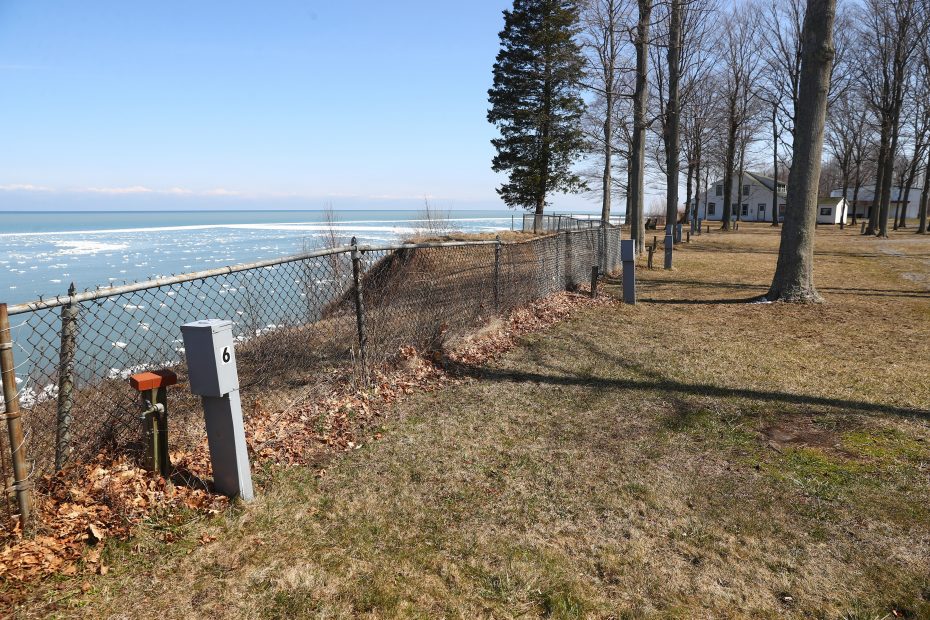 And they're betting their proximity to Niagara Falls and the Canadian border can attract a host of tourists and even business programs not only from the region but from beyond New York's borders.

Local tourism officials agree. "It would be a welcome addition," said John Percy, president and CEO of the Niagara Tourism and Convention Corp.

"It allows people the chance to experience gorgeous Lake Ontario, as well as take in the world-renowned Niagara Falls," he said.

While there are other retreat centers and camps in the area, the Beaver Hollow Conference Center in Java may come the closest to what Ramstetter and Muscoreil are proposing. But it's more expensive, not available to the general public for vacations, and not located on the water.

"Anytime we can showcase this destination with unique products, that sets us apart from other destinations around the globe," Percy said. "You don't want to just provide the same kind of products that other destinations are providing. You want to provide exclusivity or uniqueness when they're looking for trip options."

Prices will range from as low as $20 a day for a tent camper to $90 per day in the bed and breakfast, with all amenities. The cottages will rent for $120 per night with a two-night minimum, while the larger houses, which can fit up to 12 each, will go for $500 and up per week.

The pair might even offer discounts to customers who turn in their phones as an incentive to "unplug."

"There's just a huge need for a way for people to go for a couple of days and get rejuvenated, anything that takes you out of the normal element," Ramstetter said.

The planned resort will offer:

And they have just the location in mind: a sprawling 35-acre lakefront property in Newfane that was formerly a religious retreat center.

Located at 6423 East Lake Road, about two miles east of Olcott, the former Niagara Bible Conference & Adventure Camp was historically used for year-round activities, but was primarily operated as a Christian-based youth summer adventure camp and recreation center for many years. It was linked with the Christian Camp & Conference Association, but was also leased out to other organizations and businesses for conferences, meetings and retreats.

Most recently, it was controlled by Global Outreach Mission, which ultimately decided it wasn't worth the investment needed to maintain it. So the duo purchased the 90-year-old facility in February for $1.275 million.

Now they're spending more than $2.5 million more to renovate and modernize it with a host of new features. And after more than a year of work, they're targeting a mid-May or June opening for their new Niagara Shores Campground and Conference Center.

"It's going to be an amazing place," Ramstetter said. "We're super stoked."

Of course, Western New York isn't exactly a tropical destination, and many Western New Yorkers aim for warmer climates whenever they get the chance, especially after a long winter. But Percy said the Niagara Shores owners should focus on what they do have: Niagara Falls and Lake Ontario.

"You're near a world-class attraction," he said. "I don't think they want to compete with a Caribbean resort. That is a totally different audience. They need to find their audience, target them, and I think they will be successful."

The venture represents a new direction for the two veteran business owners, who formerly co-owned Muscoreil's Fine Desserts on Niagara Falls Boulevard for 27 years before selling it last August to other Muscoreil family members.

Ramstetter said the pair had talked for more than a decade about doing something different, especially as they watched mothers, grooms and others getting stressed out over weddings.

"We both had gotten to a point where we said that is our past and this is our future," he said. " We just have seen a calling. Our goal is to help people de-stress."

So when the opportunity came up to purchase the former retreat property, they seized it, beating out other potential interest from others around the country as well as from Canadians.

The new owners plan to renovate and reuse the infrastructure, while also expanding on it. Workers already installed new roofs on the convention center and a 1920s-era tabernacle, rooms are being cleaned and repainted, and Ramstetter said all the buildings are being altered to fade into the environment more with natural tones instead of standing out.

"We have lots of big plans... Everything's being restored and rejuvenated," he said. "I've not only invested everything I earned my whole life and the proceeds from the sale, but also from the sale of my home. We're both putting our chips on the table."

The guest dining center and banquet space in the convention center, together with a separate 4,000-square-foot tabernacle, will be used for weddings or other events. They can accommodate parties up to 100 people in the dining area and up to 400 in the tabernacle.

Contrary to the property's religious past, it'll be non-denominational and open to any groups. The resort will work with Salvatore's Italian Gardens for high-end catering and Heavenly Weddings for event planning.

There will also be a grocery and souvenir store in the convention center building, while a separate 5,000-square-foot office space will house a new sauna, massage therapy, yoga and meditation.

Perhaps most significantly, it has 1,626 feet of frontage along the lake itself, including one end with a "flattened-down, pea-gravel-style beach," Ramstetter noted. "That's going to be very nice," he said. "We're hoping to serve dinners for our guests during the summer."

For accommodations, the owners are converting a former 80-guest lodge into a bed-and-breakfast - with 20 king-size suites and newly purchased furniture, but shared bathrooms - that will operate year-round.

Another 11 three- to four-bedroom fully furnished "glamping" cottages - including two converted former bunkhouses - are available for rent by the day or the week. And 10 one-bedroom king-size cabins are also planned near the lake.

There's also nine limited-service bunkhouses - for 11 kids and one camp counselor in each - plus the four-bedroom Woodside Lodge on the lake. And for those who prefer camping, the resort also has 20 RV sites and up to 50 tent spaces.

Eventually, wedding parties will also be able to use a five-bedroom bridal suite located right on the lake, near the tabernacle, but it has to be renovated first.

The resort will also feature an all-inclusive meal program with an all-you-can-eat buffet including things like grilled chicken, steak, hot dogs, roast beef, turkey, vegetables and other "hearty items," Ramstetter said. Room service and pizza delivery will eventually be added.

Non-alcoholic drinks will also be available, but the resort won't provide alcohol, although guests can bring on their own and drink in their rooms.

Other entertainment will include music, karaoke, bonfires, laser tag, or "whatever the theme of the night is."

Outside, the resort will still have an in-ground pool, volleyball and basketball courts, a full indoor gym with a rock-climbing wall, a floating dock for boating and kayaking, and a nine-hole miniature golf course - complete with a mini-town and a playground for kids. A 24-foot wading pool with a water fountain feature will also be installed in front of the main pool.

Tthe owners also want to install a new pond stocked with "chemical-free" fish, such as rainbow trout, brown trout, pike and maybe catfish, so that "you can catch a fish and eat it, without fear of any of the typical water situations around Lake Ontario."

Plans also call for a nature trail that will encompass the entire property, intersecting with various themed gardens to allow people to meditate, relax, swing in a hammock, or just look at flowers and trees.

"We are both very avid artists and gardeners, so the gardens are going to become something to rival anything that's been done in Western New York," Ramstetter said, citing 30 banana trees they've cultivated and more than 1,000 trees they plan to replant, including maple, birch, cherry and apple. "In the summertime, it's going to look like you just drove past someplace in Jamaica."

Ramstetter said the pair wants to help disabled and disadvantaged youth who otherwise couldn't afford to go to camp. So they want to work with local organizations to give those youth a chance to come with their family for a week and "just be a kid," without worrying about the cost.

And there are opportunities to partner with nearby Olcott for community events, especially during the summer months.

"There's so many things that we can offer the public," Ramstetter said, citing nearby horse-riding and wineries. "Our goal is to get people off the wheel and to relax, to de-stress, to unwind and become one with nature again."