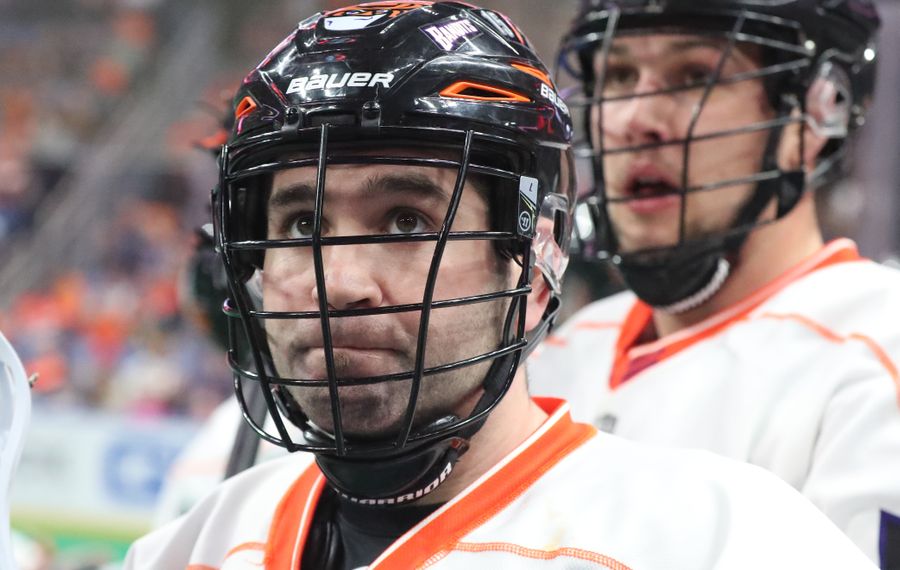 Last time out: The Bandits went ice cold last Saturday at the Calgary Roughnecks, failing to score for the entirety of the third quarter and half of the fourth. That allowed Calgary to go on a 10-0 run and win, 16-9. Roughnecks forward Holden Cattoni scored five goals and added two assists, while teammate Wes Berg was a master facilitator with one goal and seven assists. Jordan Durston and Mitch Jones each scored twice for Buffalo.

Playoff implications: The Bandits can clinch a playoff berth with a win and a New England loss to Rochester. If Toronto loses, they are eliminated from postseason contention. If Rochester beats New England, the Knighthawks clinch a playoff spot no matter what happens in the Bandits' game.

The West Division seeding is already set. The second-seeded Colorado Mammoth and third-seeded Calgary Roughnecks will battle for the right to play the Saskatchewan Rush in the West final.

For a cause: Saturday's game is the fifth annual Tucker Out Lymphoma Night, which honors the late son of former Bandits forward Shawn Williams. The team will be wearing special jerseys designed by Tucker's brother, Dyson, that will be auctioned off after the game. Replica jerseys and signed lacrosse balls will also be on sale, with proceeds benefitting pediatric cancer care.

“Although we wish we never had to have this night, it is our favorite game of the year because we get to honor and remember a very special kid that meant a great deal to us all," Bandits Director of Lacrosse Operations Scott Loffler said in a statement. "We also get to carry on his messages of bravery, living more, laughing more and loving more. But let’s not forget we get to raise a great deal of money to help children who are fighting the same battle Tucker fought. This was Tucker’s wish, and we are honored to fulfill that for him.”

Saturday we will celebrate the life of Tucker and honor his wish to raise money for kids who are going through the same battle he went through. Tucker Out Lymphoma. 💚🧡 https://t.co/nWKiiwQ2ex pic.twitter.com/DprdWPKMpy

Tweet tweet: Don't worry if you can't make it down to the arena. Saturday's Bandits game can be viewed for free online through the league's Twitter page, @NLL.

Previous matchups: The Bandits are 1-1 against Toronto this season. Buffalo defeated the Rock 13-9 in the season opener and lost to them, 20-13, three weeks later. Saturday's game concludes the three-game season series.

Almost there: Bandits forward Josh Byrne failed to score against Calgary, so he's still three goals away from setting the franchise rookie record. He already owns the Buffalo records for rookie assists and points.

Season awards: Fans can vote for the team's Breakout Bandit of the Year through the Bandits' Facebook Page. The candidates are Nick Weiss, Chase Fraser, Vaughn Harris, Jones and Durston. The winner will be announced during the final game of the season on April 28.