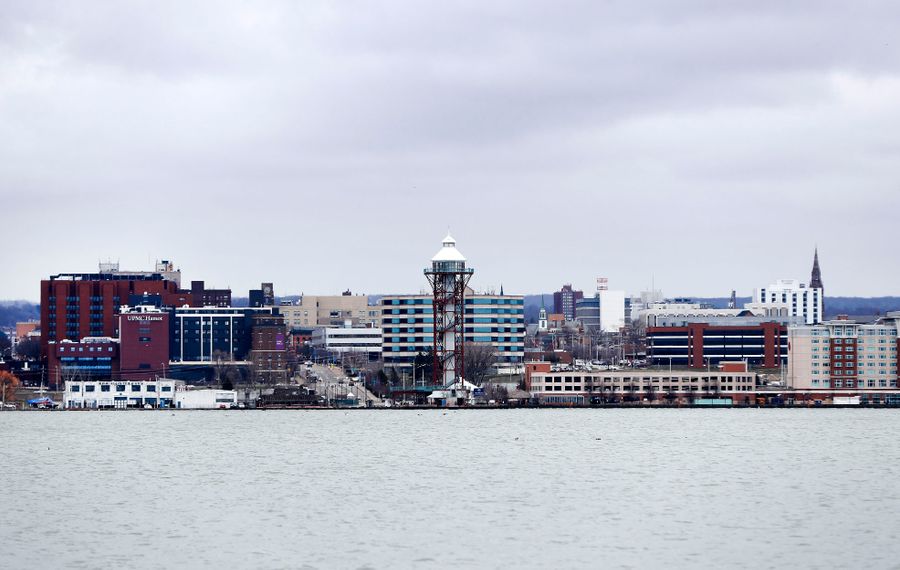 ERIE, Pa. – Erie may be down to its last chance to break Buffalo's 199.4-inch seasonal snowfall record set during the infamous winter of 1976-77.

"It's our last chance," Ruth Swaney said of the prospect of breaking the record.

Swaney and Sarah Larson, both of Erie, were bird watching Thursday at Presque Isle State Park, an ideal place to watch the spring migration.

"We are going to win it. We only need an inch," Swaney said.

"Everyone talks about it," Larson said. "This is our claim to fame. We are going to beat out Buffalo."

Not everyone wants the record.

Steve Hamilton of Erie, formerly a Binghamton resident, would rather see a more normal spring day. A week ago he was in Pittsburgh, where it was 80 degrees. By the time he returned home, it was 40 degrees in Erie.

"They can keep it," Hamilton said of the snowfall record Buffalo still holds.

'A record without logic or local precedent'

The gold standard for the Golden Snowball, the winter record that puts all others in perspective, was forged in Buffalo.

Even if records are made to be broken, you've got to wonder if this one ever will.

What it comes down to is the idea of a seasonal snowfall of 200 inches, the Everest of big city snowfall records. While that threshold is no big deal for a more remote setting like Redfield in the legendary Tug Hill region, where monster lake-effect snow this year has already kicked that rural town over 300 inches, it is a big deal indeed for any U.S. city of substantial size, say 100,000 people or more.

In Upstate, only Buffalo has ever come so close.

The city, in 1976-77, totaled a staggering 199.4 inches. It was an anomaly, a record without logic or local precedent. It's like a solid hitter in baseball suddenly hitting 80 home runs. Even Syracuse, which remains a dynastic national force in the snowfall contests, has never reached such a peak.

[Related: The Blizzard of '77, Buffalo's storm for the ages]