Donald Jones and Ruben Brown may have played football for the Buffalo Bills during different eras, but now they’ve decided to team up for a new sports podcast called "The Buffalo Soldiers," slated to debut during the week of the 2018 NFL Draft.

Jones, 30, was still playing wide receiver for the Bills when he first met Brown, 46, who was retired by then.

“He would always come through [One Bills Drive] and I was so young, I didn’t know who he was,” Jones laughed. “But with me being in Buffalo, we’ve become good friends. We talk a lot and our friendship has grown.”

After Jones started working on “The John Murphy Show” in 2016, he and Brown would often do segments together whenever Brown was a guest, and sometimes even full shows. He said they just “click” and every time they did a show together, it was natural and easy. Eventually, the two former Bills discussed the possibility of starting their own show with a unique format – one that would appeal to the Buffalo fan base and beyond. They said they plan to talk about sports in general, not just football. And when they do talk football, it will be about the entire league and not just the Bills.

“We’ll have a Bills piece for sure and every episode will have a full Bills segment. But we’ll also have other topics going on and guests in the studio – players, celebrities, and different analysts throughout the whole NFL, and the entertainment industry,” Jones said. “It’s basically going to have a different flavor than what’s available here already. People tend to like players’ takes on things, and Ruben and I just like to have fun. And people like to listen to people on air who are having fun and enjoying themselves.”

“I’m excited to work with Donald,” said Brown, who has dabbled in a handful of sports talk radio and television shows since his retirement. “I’ve recently felt like my sports talk career was kind of dwindling and Donald has given me new life. And he’s actually shown me a new direction that we can take. We wanted to do something that was a little bit more tailor-made for us.”

The Buffalo Soldiers podcast will be filmed on Monday nights at McFadden’s Saloon, a popular Bills-backer bar based in New York City. When it starts to get more traction, Jones and Brown want to literally take their show on the road and travel to different Bills-backer bars around the country.

“We’ll shoot those shows on Saturday nights,” Jones explained. “So, if the Bills are playing in Miami one week, we’ll go down there, find a Bills backer bar and go all out.” 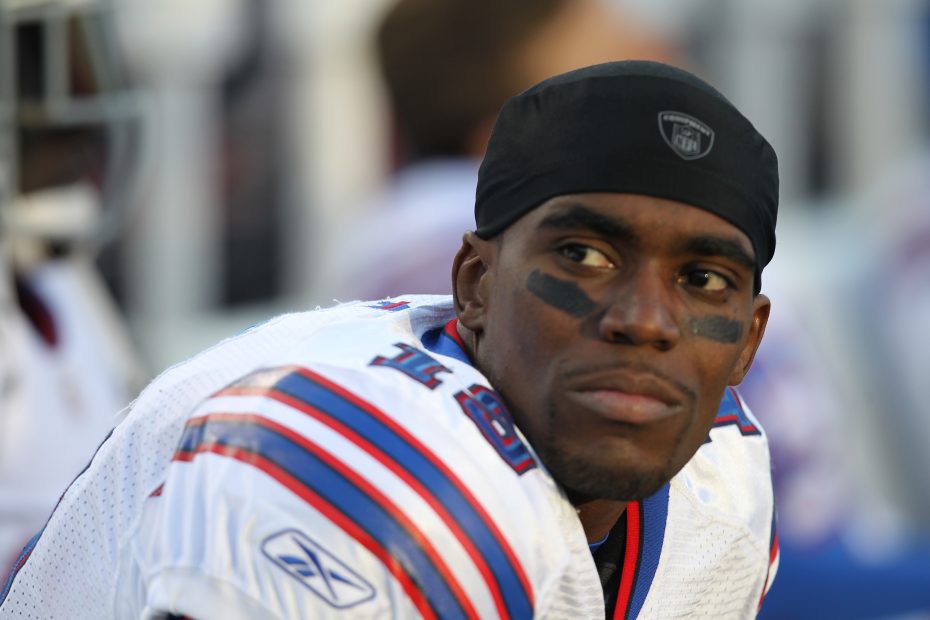 "People tend to like players’ takes on things, and Ruben and I just like to have fun," former Bills wide receiver Donald Jones said. (James P. McCoy/News file photo)

Both Jones and Brown hope the podcast takes on a life of its own and serves as a platform where former players and current players can come and feel free to express themselves on current and relevant sports and social topics.

“My role model was Paul Maguire,” Brown said. “I enjoyed him and his format when he was doing shows because he would talk to the athlete about what their views were about more than just football and about things in the community. I think that Donald and I will be able to do the same kind of thing with our format.”

When Jones first announced in late January that he was leaving “The John Murphy Show” after only two seasons, it may have come as a surprise to some people. But Jones said he’s been thinking about making this move for a while, and a lot of his decision was centered on family.

“I’m here during the week and then I go home to New Jersey on the weekends. Then I come back, do the show, and work on my other business projects. I don’t get a lot of time to just relax and sit back. I’m always running from here to there. It was time to make a change.”

One of the projects Jones tends to is an after-school sports program he started with the West Seneca School District where kids learn the basics of a variety of different sports throughout the school year. He also is an investor in a banana pudding venture called, Khanisa’s, and is networking to possibly get a gig as a color commentator for college football games. Now with the "Buffalo Soldiers" podcast, Jones will have his hands in multiple ventures that he's excited about. And he said being on “The John Murphy Show” was a valuable stepping stone.

“I learned a lot from time with Murph as well as a lot of different aspects that go into the show, like the technical side of it. It’s been a great experience. And Murph has been at it for a long time. I’ve met a lot of different people in the business through him, because he knows everybody – not just locally but at the national level, too. It’s been really good.”