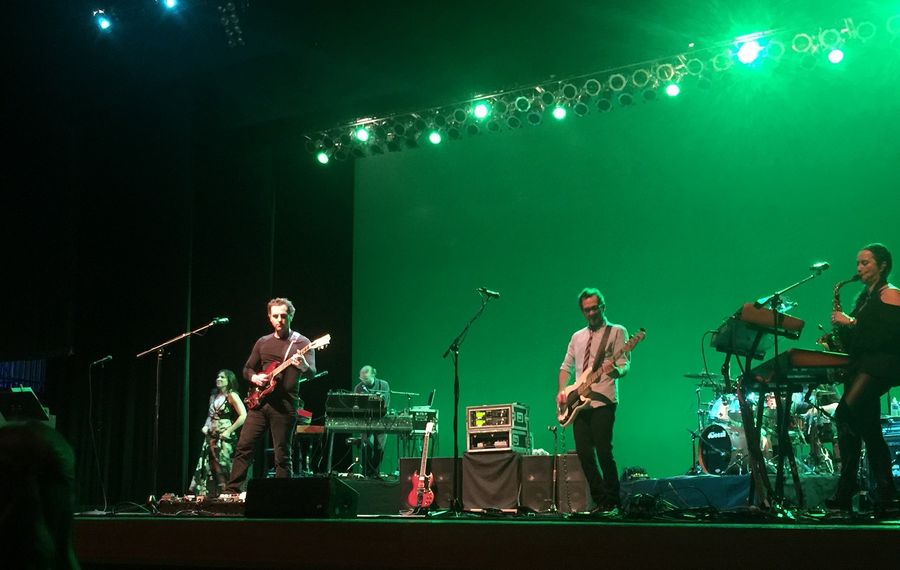 This was the 10th time Dweezil has performed in the Buffalo region since he first dedicated himself to performing his father's repertoire in a full-time capacity, beginning in 2005.

It was also the fiercest, most on-point, inspired, and delectably curated of those area concerts, due in no small part to the most immensely talented version of the rotating-cast ensemble he has yet assembled. (Among them, UB alum Adam Minkoff on guitar and vocals.)

Standouts from the set-list: There were no weak moments – obviously not in the composition department and certainly not on the performance level – during Wednesday's show.

There were some decidedly peak-ish moments, however, and they came during "Flakes," replete with lengthy improv from multi-instrumentalist Scheila Gonzalez, in a mock-Bob Dylan voice; the seamless medley of "The Dog Breath Variations" and "Uncle Meat," both of which suggested a psychedelicized Aaron Copland attempting to conduct a complex march; a new, up-tempo take on the dizzying "Florentine Pogen"; and the Dweezil-led encore guitar tour de force "Muffin Man."

Not-so-fun fact: Due to an unpleasant rift involving the Zappa Family Trust, Dweezil – the sole member of his family who has proven himself capable of the discipline and fortitude necessary to perform his father's immensely challenging compositions – has been prohibited from appearing beneath the moniker Zappa Plays Zappa, the name he did business under for a decade.

Based on Wednesday's show, this family drama has only served to make him stronger and more focused.

The vibe: Zappa fans take this music incredibly seriously, so an air of reverence for this truly unique and demanding body of work pervaded the CFA.

That said, so much humor is embedded in the compositions, and such a good-natured musical-sparring-infused attitude was tossed back and forth between the musicians on the stage, that levity balanced the reverence, creating a vibe that was both serious and tongue-in-cheek. That is the magic of Zappa music, the crux of the brilliant biscuit, to borrow an F.Z. phrase.

The verdict: As good as it gets. 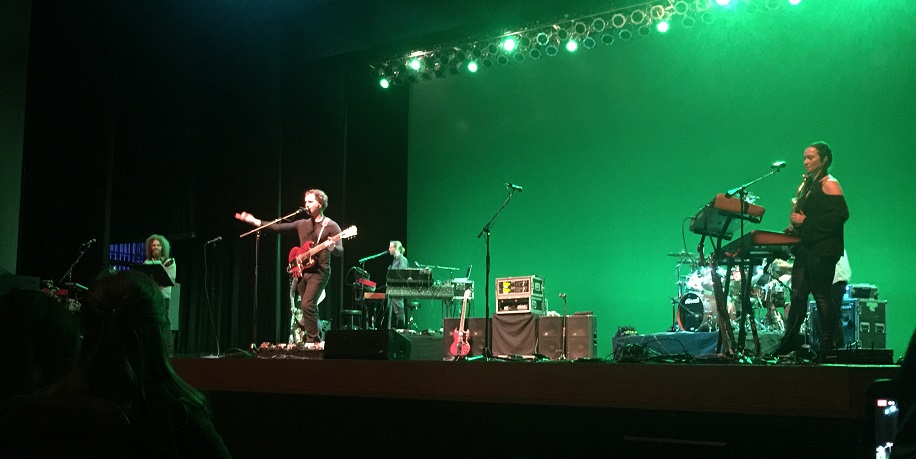 Dweezil Zappa and band at the Center for the Arts. (Jeff Miers)