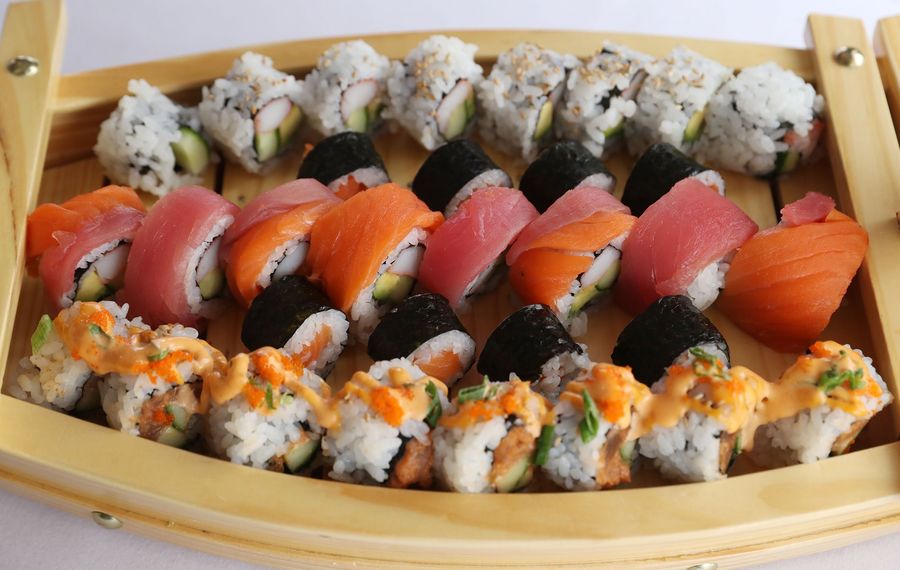 Eight years after Kevin and Stephanie Lin introduced the first Burmese cuisine to the local menu, there are a dozen places within 30 minutes of Buffalo's City Hall where you can taste a little bit of Burma. The menus at those restaurants echo the one blazed by the former Wegmans sushi rollers. There's usually sushi, both standards and tricked-out rolls, core Thai dishes and Burmese best hits.

The growth in Burmese-Thai hybrids has turned Burmese into one of the most easily accessible ethnic foods in town. Thus you can find Burmese coconut curry noodle soup, owno koksware, far easier than a decent German schnitzel.

It has gotten to the point where Thai House isn't even the only Burmese-Thai place on Transit Road in Depew. Camellia Garden opened a few hundred yards away, giving those in Depew tired of debating pizza rankings an excellent opportunity to argue about whose tea leaf salad reigns supreme. 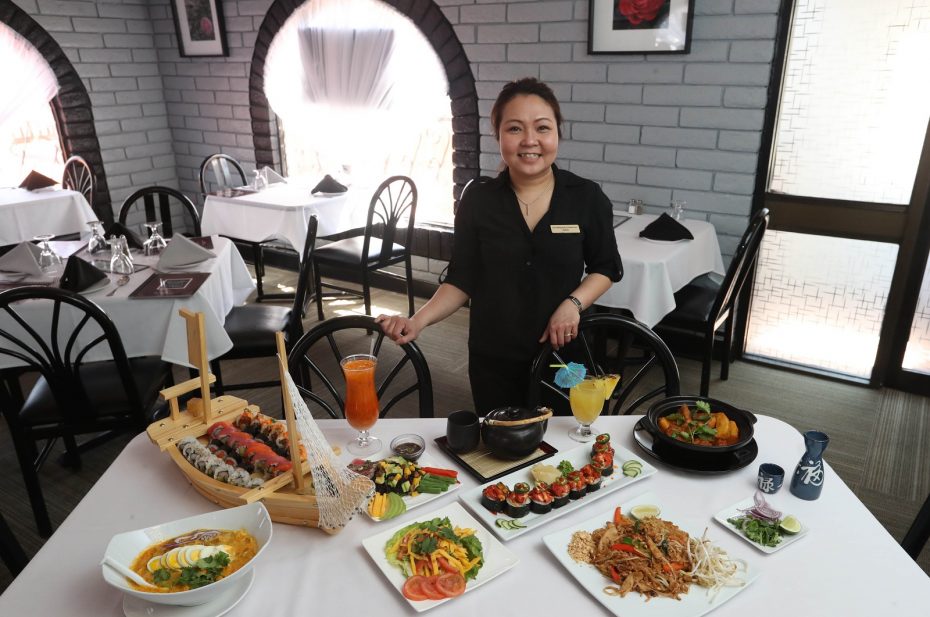 Camellia's tea leaf salad ($5.99) is a classic. In Burma, tea leaves are fermented like sauerkraut and used as a vegetable, instead of being dried for beverage use.

Mango salad ($5.99) was slivers of fully ripe mango and crunchy raw green beans given a similar treatment, with tomatoes, sesame seeds and scallion. A touch of garlic oil offered a toasty counterpoint to the ripe fruit notes. 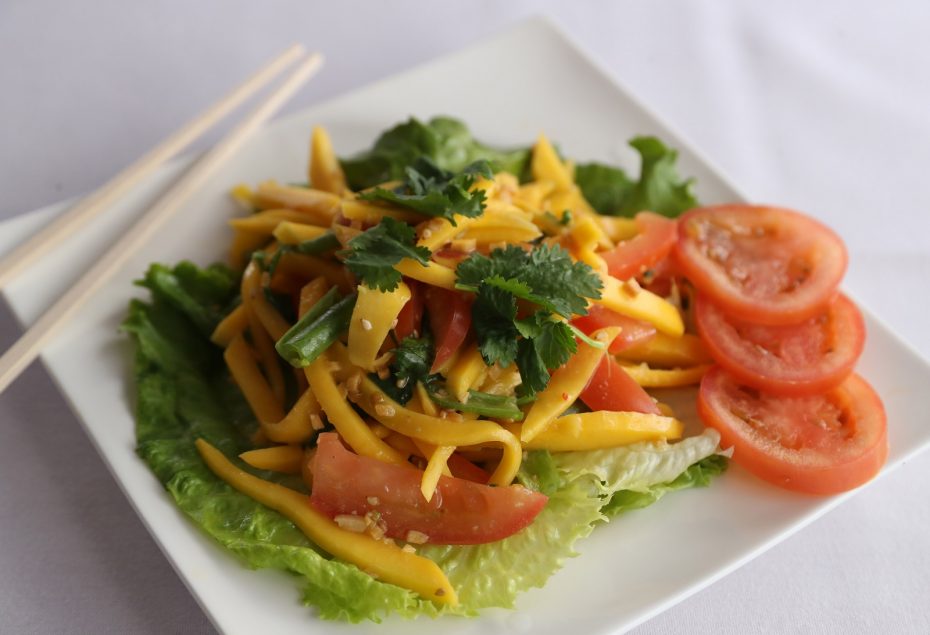 Come here for the owno koksware ($8.95). The soup is a velvet hug of creamy coconut golden with turmeric and gently accented with ginger. Fat egg noodles hide below its cilantro-speckled surface, along with chunks of tender dark meat chicken. A hard boiled egg, sliced and fanned out, finishes the bowl. It was missing the crunchy noodles that top my favorite versions.

Another Burmese standard, chicken and potato curry ($11.99), was well represented. Supple chicken and potatoes came in gravy alive with ginger and the sweetness of caramelized onion. Spooned out over its side plate of white rice, the gravy was more deeply flavored than other versions, bolstered with a noticeable dose of chile – not spicy, just adding earthy resonance.

Another success on the Burmese side was black rice salad ($7.99) introduced by Sun. Black rice, like long-grain wild rice, is chewier that white rice, and slightly nutty. The salad topped a mound of it with fresh avocado and ripe mango, red bell pepper and raw green beans. Apply garlicky tea leaf dressing, which arrives on the side, as desired.

My selections from the Thai menu included an excellent pad Thai with chicken ($11.99). The rice noodles were smoky from the wok and not overly sweet. Mix in bean sprouts and ground peanuts to taste, and dig in. 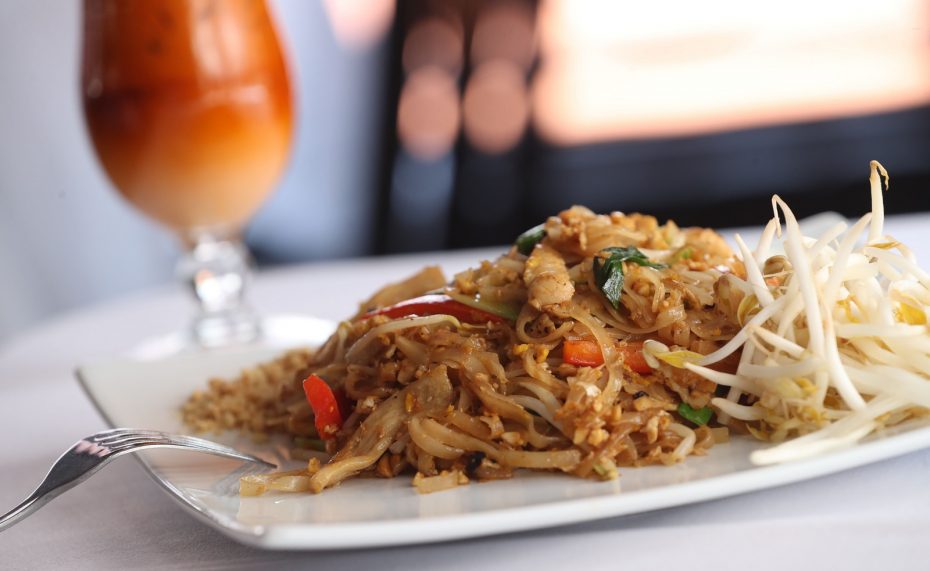 Tom kha, coconut milk soup with lime ($2.99/$5.99), was a disappointing deviation from the standard. The orange broth's flavor was less coconut and lime than cauliflower, after it was simmered in the soup along with broccoli.

A Thai-style stir-fry with cashews, bell peppers and shrimp ($13.99), ordered medium, was punchy and alight with heat. Mixing it with white rice cooled it off adequately. A Thai noodle soup called guay tiew ($8.99) was a big bowl of slightly sweet broth with lots of toasted garlic floating on top. Below were rice noodles and chewy chicken breast slices.

Sushi offerings included a super spicy tuna roll ($10.99) that fit its name. Spicy mayonnaise and chile sauce heat up a core of raw tuna, while a halo of fresh jalapeno puts it into orbit. 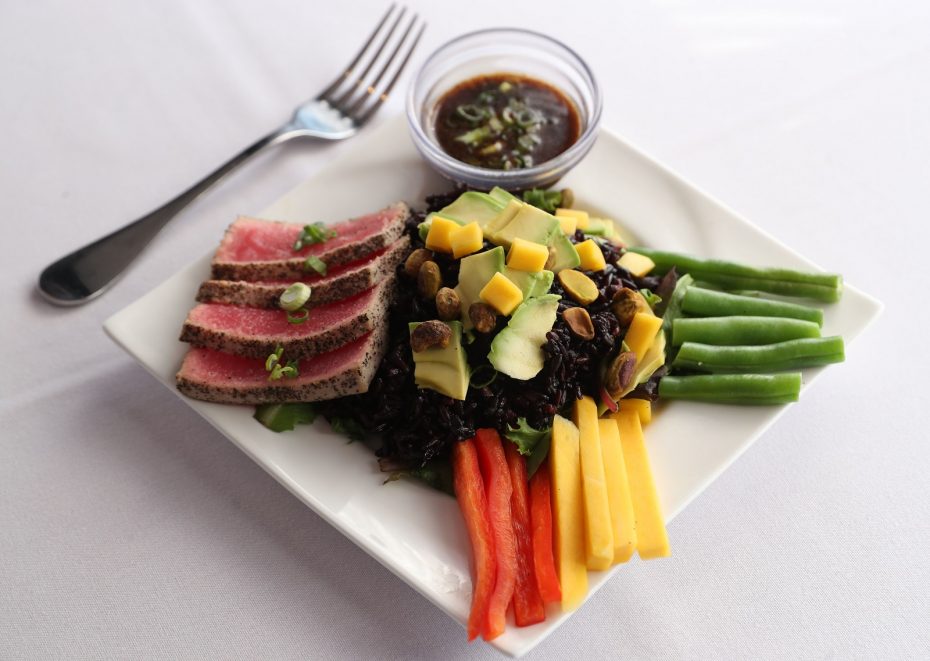 An eel roll ($6.99) was a simple combination of cooked fish, avocado and cucumber, a standard offering. A large-bore roll centered around fried soft-shell crab ($10.99) was crispy where it counted, but overcome by sweet eel sauce plus spicy mayonnaise.

Dessert options included bananas deep-fried in spring roll wrappers, served with ice cream ($5.99). The contrast of hot banana and cool vanilla was an apt way to end the meal, and didn’t need its ribbons of chocolate syrup. Black rice with coconut cream ($4.99) was a chewy grain bowl of a dessert, sparser than versions that include mango.

Depew's eaters have long been able to quarrel over who has the best chicken wings in town. On Transit Road, they can crab about who has better channeled the flavors of Rangoon. 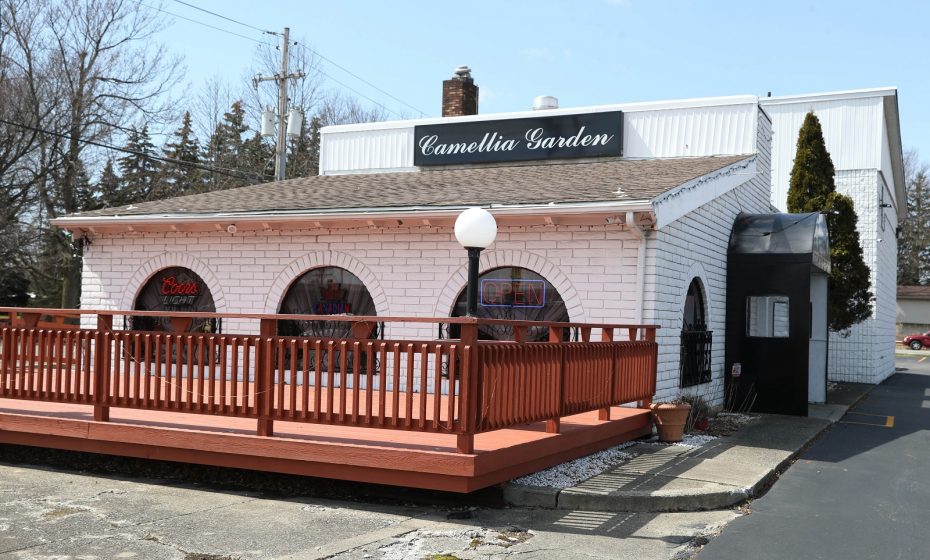