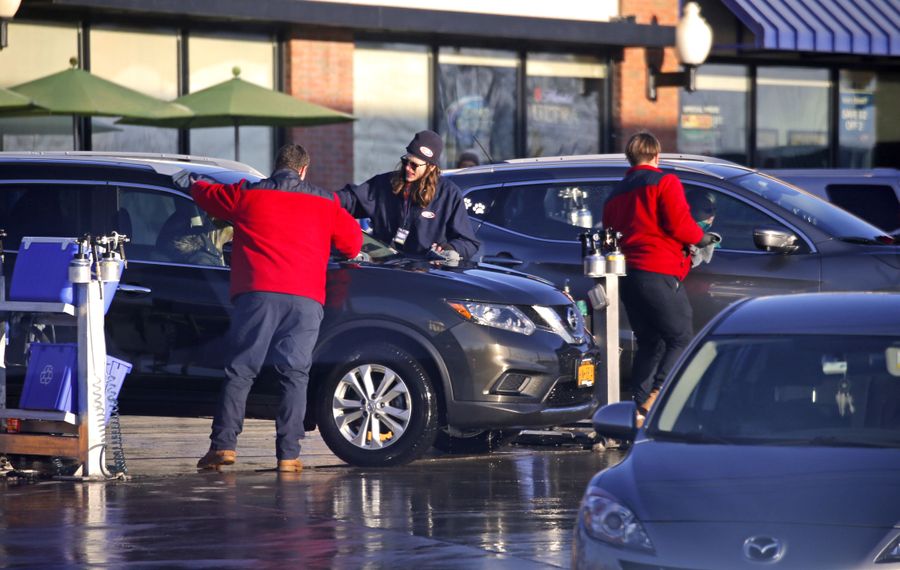 To Gina Pennock, a proposal to rewrite the state's labor rules to require extra pay for last-minute scheduling is a solution to her "horrible life-work balance." She works at a screenprinting shop in Buffalo and often finds out from her boss what time to report back the next day.

But to Bob Confer, the new rules are "frightening." He owns a plastics factory in North Tonawanda and worries it will make it even more difficult to compete with a competitor in Tennessee.

Both are closely watching a proposal by the state Department of Labor to create new "call-in" scheduling rules. If finalized, employers would have to post schedules 14 days in advance and pay workers as much as four hours' extra wages for last-minute scheduling changes.

When Gov. Andrew M. Cuomo proposed the rule changes in November, he pitched it as a way to help workers at stores and restaurants, where volatile work schedules can make it difficult to arrange child care or keep a second job.

The proposal is drawing notice from places far beyond Gap and Aeropostale.

Other businesses are pushing back, saying the rules would cause unintended consequences for companies unable to forecast staffing needs in advance – especially weather-related businesses like car washes and landscapers. Those companies – such as Delta Sonic, Elbers Landscape Service and Confer Plastics – say a one-size-fits-all rule would harm local businesses, inflating payroll costs and forcing them to cut jobs.

"I understand what they're trying to do, and at first blush it sounds good but, in our industry, it would be a killer," he said.

On a sunny spring day, Delta Sonic staffs its car wash and detail shops at full capacity, with as many as 75 workers per location. But when the weather turns cold and rainy, those staffing levels can drop to 10 people per site. Having the ability to cut workers on slow days or call them in when it's busy has allowed the company to keep its workforce of 2,000 people and helped it avoid automating many of its services, Benderson said.

The state Labor Department in January wrapped up a public comment period on the proposed rules and heard testimony from workers, employers, industry experts and advocates. A decision could be announced any day.

There is already a provision in New York State law that requires employers to pay workers for the number of hours they’re scheduled or four hours’ pay (whichever is less) if they report for work and are cut from the schedule. If the law is passed, workers who are cut less than 72 hours before the start of their shifts, or on-call workers who won’t find out if they’ll be called into work within 72 hours of their shifts, will get an extra four hours’ pay. Employers would be required to give an extra two hours’ pay to employees who work shifts not scheduled 14 days in advance.

Here's how a state proposal for on-call scheduling would work

If New York enacts the proposed on-call scheduling rules, Delta Sonic estimates it could cost the company $3 million to $15 million per year. It already cut 300 jobs when it installed heated chambers in its wash exits to reduce the need for people to hand dry cars after the state raised the minimum wage for tipped workers. If the new scheduling rules go into effect, Delta Sonic projects it would automate further, cutting 1,200 more jobs.

Benderson agrees that scheduling should be fair to employees, especially workers with families that have to schedule child care. But he said one-size-fits-all regulations would devastate weather-dependent businesses like his, which primarily employ high-school students and can have wildly fluctuating labor needs. The company already has the technology to dry cars, wax them and apply tire dressing without human hands.

That human touch is what sets the company apart, Benderson said, and he wants to keep it that way.

"We get a good payback on the robots, but it's not where we want to be," he said. "We'd like to stay in the people business."

The rules would be "crippling" to snowplow and snow removal companies, according to James Hornung Jr., president of the 99-year-old Elbers Landscape Service on Main Street near Hertel Avenue, whose snow and ice division clears snow in emergency conditions for such companies as National Grid and the Buffalo Niagara Medical Campus. He testified before the State Senate during a hearing designed to gather input about the scheduling regulations.

Elbers crews respond to the weather, which, for the company's purposes, is impossible to predict more than 12 hours in advance, Hornung said. Its staff is on call during the snow season, communicating hourly or more often. If the changes are implemented, Elbers, which also provides landscaping services and has a small home and garden center, would "seriously consider getting out of the snowplow business," Hornung said.

Confer Plastics makes consumer products such as kayaks and pool ladders in North Tonawanda. Owner Bob Confer called the proposed regulations "frightening," saying it would add to the already "sky-high" cost of doing business in New York State and make it increasingly difficult to compete with its biggest business rival in Tennessee. Confer's biggest customer, accounting for nearly a quarter of its business, sells to big box stores where every penny matters, and there is no room for cost increases on his end, he said.

Only 10 Confer employees work on call, but all 250 employees could be affected by the new rule in the event of power outages or bad storms, which tend to happen once or twice a year, Confer said.

Roughly 20 times per year, about 20 workers in the main plant are affected by call-offs because of material supply issues or machine breakdowns. No matter how well the company maintains its machines, or how it tries to plan ahead, it can't predict when a machine might break, leaving it unworkable for days until a new part can be ordered and the repair made; or when events might delay raw material deliveries from the gulf coast, as Hurricane Harvey did.

Those in favor of the new scheduling rules have largely focused on how call-in scheduling affects low-wage workers in the retail industry.

Unlike companies in other sectors, 80 percent of staffing needs in retail stores remain stable from week to week, according to a study by the University of Chicago.

Other states have taken different routes. Oregon's on-call scheduling rules, which will go into effect this summer, apply strictly to retail, hospitality and food service companies with more than 500 workers. According to those rules, employers will have to post schedules at least a week in advance and pay employees extra if they are scheduled with less than a 10-hour break between shifts.

In New York State, the debate over the proposed rules drew strong comments from both sides.

Jacqueline Hart, a research fellow at the YWCA of the Niagara Frontier, said working mothers are hit particularly hard by volatile hours.

"When a working mother is called off hours or minutes before her shift, she's still required to pay for child care, whether or not she uses it," Hart said during a public hearing on the proposal in Buffalo. "When she's required to stay extra hours, she must arrange additional child care or pay penalties or late fees for picking up children late."

The practice causes numerous hardships and quality of life issues, she and other advocates at the hearing said.

Still, some workers, such as those at Delta Sonic who wrote testimonials presented to the state labor department, say call-in scheduling works for them. Commissioned car wash salesperson Alissa Cibella said she prefers getting cut from the schedule on slow days when the pace is boring and sales are slow. And she doesn't mind getting called in for the big-money shifts when the car wash lanes are filled bumper-to-bumper and workers can earn $20 per hour in tips alone.

"The busy days make up for it, and I can sometimes make double what I would make on a slower day," she wrote.