WASHINGTON – A proposal to weaken protections against aquatic invaders in the Great Lakes and across the country failed in a procedural vote in the Senate Wednesday, despite pressure from shipping industry interests that argued for the repeal of regulations it sees as burdensome.

An otherwise routine Coast Guard reauthorization bill that includes the weakening of those regulations fell short by four votes in a key procedural tally, 56-42, as most Great Lakes senators stood firm against allowing the bill to even be considered.

That came as good news to the Alliance for the Great Lakes and other environmental groups that opposed the measure. They said the proposal would stop the states from regulating the ballast water that ships carry to keep balanced – and that often provides invasive species with a free ride to their new homes – while limiting the Environmental Protection Agency's ability to do so.

“Today’s vote by the Senate brought a sigh of relief for the Great Lakes region," the Alliance for the Great Lakes said in a statement. "This means Clean Water Act protections will continue to apply to ballast water discharges, which are the main pathway for aquatic invasive species introductions into the Great Lakes.

Environmentalists said the bill would destroy the bulwark of protections that legislatures and courts have built up over the years in hopes of preventing more foreign species like the ecology-damaging zebra mussel from invading the Great Lakes and other waterways.

"Today, this vital industry is burdened by a dysfunctional regulatory system that only Congress can fix," Thomas A. Allegretti, president and CEO of the shipping group, wrote in a recent Washington Times opinion piece. "Commercial vessels operating in U.S. waters are subject to a maze of some 150 regulations, imposed by two federal agencies and 25 states, governing ballast water and other discharges incidental to normal vessel operations. Each time a vessel crosses state lines, a new set of requirements may apply."

At issue is the Commercial Vessel Incidental Discharge Act, a measure the shipping industry has been pushing for years and that a Senate committee added to the larger Coast Guard measure last year. 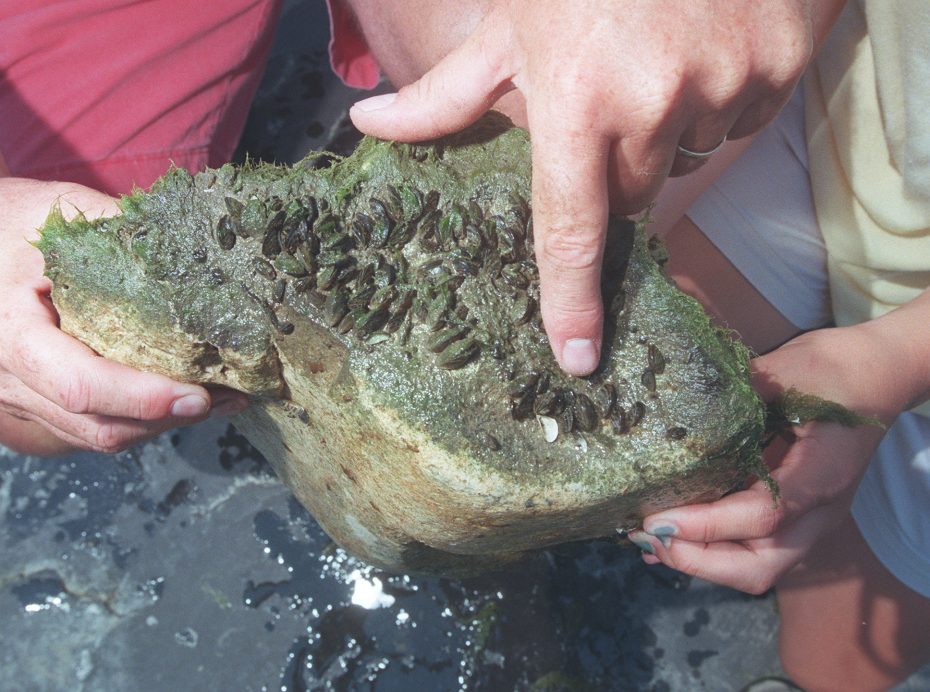 A 1999 file photo of zebra mussels on a rack taken from Lake Erie in Angola. (News file photo)

Instead, it would leave ballast water discharges regulated under a standard developed by the EPA's Science Advisory Board and the National Academy of Sciences. And state officials in the Great Lakes region and beyond were not very happy about it.

“This legislation would undercut the independence of states in fighting harmful biological pollution from commercial shipping, which causes serious damage to our environment and our economy in New York," Schneiderman said at the time.

Supporters of the bill say, though, that the bill would protect both the nation's waterways and its shipping industry.

Sen. James Inhofe, R-Okla., said the bill sets "a high environmental standard while giving vessel owners across the country the certainty they need to invest in ballast water treatment."

Given that the measure makes matters easier for shippers in states that have inland waterways but little fear of invasive species, it won some bipartisan support. For that reason, environmentalists feared that the Coast Guard bill that included the measure might well pass the Senate's 60-vote threshold for full consideration, then pass the Senate and quickly pass the House.

"I made it crystal clear to my colleagues in the Senate that any proposal that would harm the Great Lakes and St. Lawrence River is a non-starter," Schumer said. "Our Great lakes are source of drinking water, tourism and source of pride for many Upstate communities and I would ferociously fight attempt to harm our environment or our water tourism industry. This is exactly what I did today.”

“I strongly oppose this bill because it would prevent New York State from enforcing standards to protect our bodies of water from pollution and invasive species spread through the ballast water of ships," she said. "New Yorkers know too well that we can never take our clean water for granted, and this legislation is a direct threat to that."

"VIDA is highly protective of the Great Lakes," the Great Lakes shippers said in a statement earlier this year. "VIDA is comprehensive. VIDA is inclusive of all regulatory parties. VIDA is critical to the operations of the U.S.-flag laker fleet. Lake Carriers’ Association emphatically endorses its passage and implementation as quickly as possible."