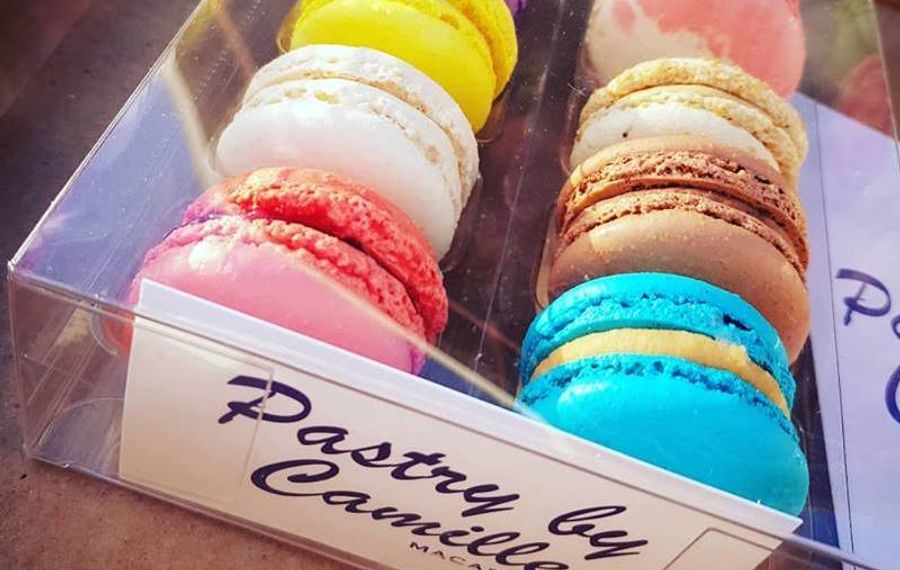 Dobutsu, one of the year's most anticipated restaurants, has set its opening at 500 Seneca St.

From James and Connie Roberts, the husband and wife behind Toutant, Dobutsu aims to become the city's premier seafood restaurant.

After lengthy construction delays, Dobutsu, inspired by Pacific cuisine, should open May 1. 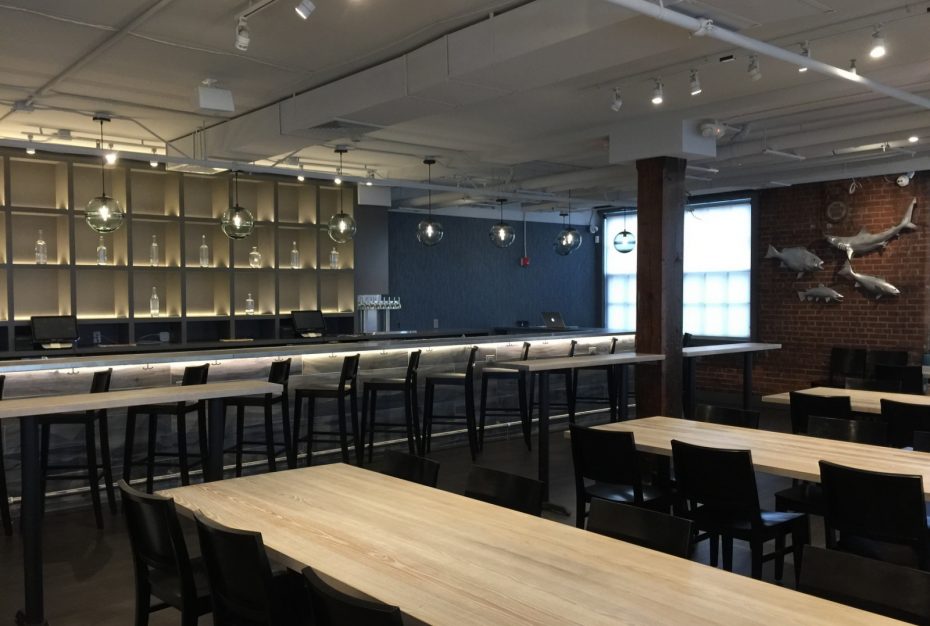 But seafood will be the star, starting from the moment customers enter. A refrigerated display case across from the hostess stand will offer the fresh fish and seafood choices, from Pacific to Atlantic, James Roberts said. A board will list the limited-edition specials until they run out. 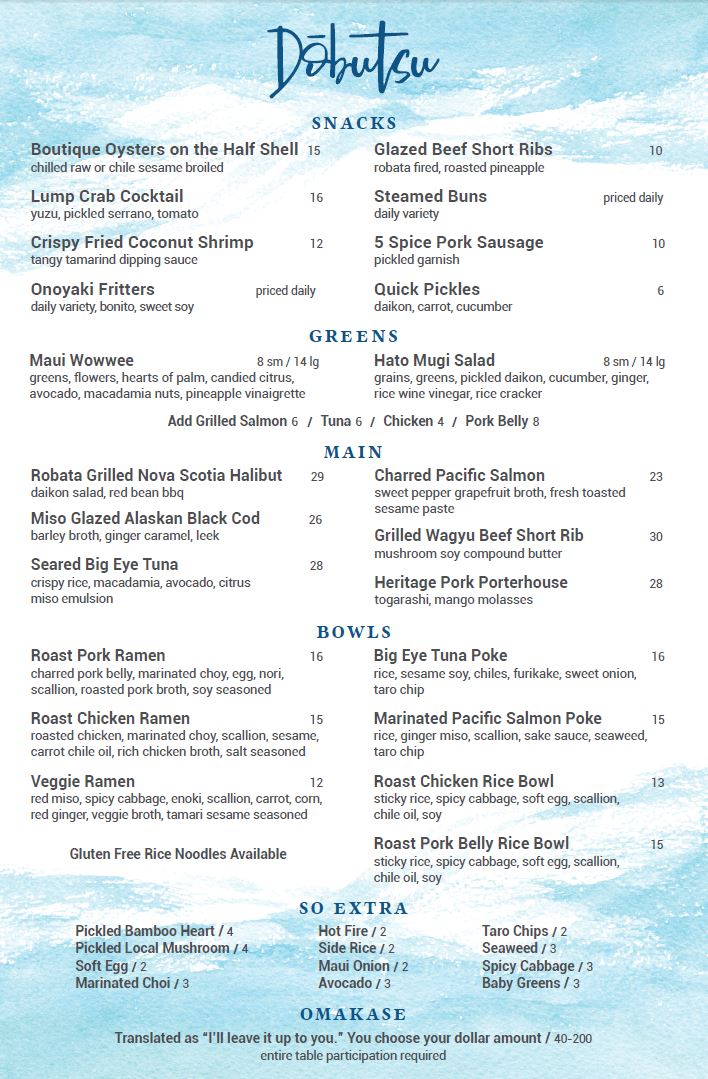 There will always be tuna and salmon, but the menu will take advantage of the best seafood he can source and have shipped overnight to Buffalo, Roberts said.

Ramen, the Japanese noodle soup, is a dish that Roberts has cooked for chef friends but never shared with the public. Dobutsu will change that, with pork, chicken ($15) and a vegan ($12) version, with spicy cabbage, enoki mushrooms, carrots and more.

The interior of the 90-seat restaurant, designed by Connie Roberts, is done in subdued blues and greys of the sea, with fish sculptures and fishhook coathooks. Cork subflooring should help keep the noise levels down when it's full. 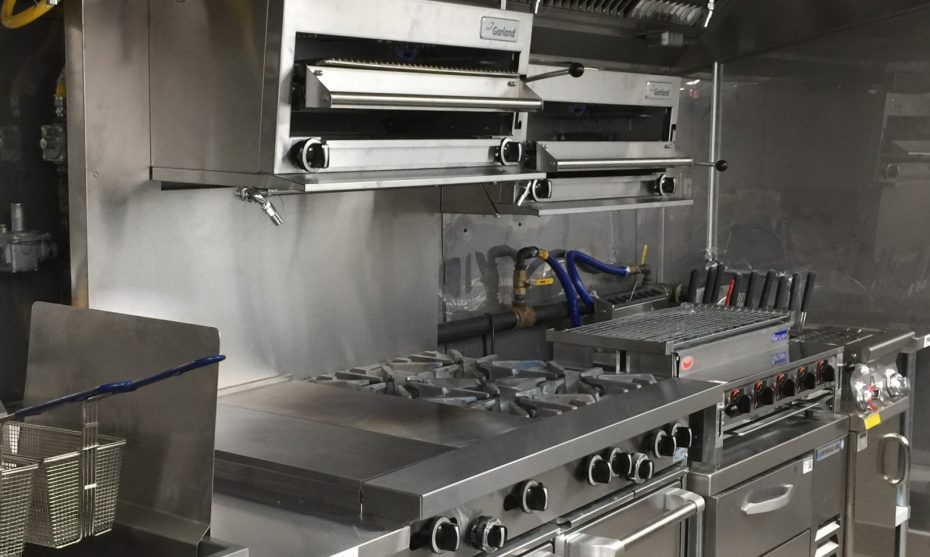 A robata grill (at right), ordered from Japan, is among the kitchen implements waiting to get fired up. (Andrew Galarneau/Buffalo News)

"I want to keep that Toutant vibe, that you can come in a suit, or shorts, you can come in, chill, or do whatever you want," Roberts said. "I don’t want it to be stuffy. For us, casual is the only way to go."

The full bar will include custom cocktails, local draft beer, and a rarity – a bottle-shop-style beer menu. Noting the lack of beer stores in the area, Dobutsu will offer beer for takeaway in growlers of draft, bottles and cans.

At first, the restaurant will be open Tuesday to Saturday, from 4:30 p.m. to 10 p.m., and the bar open till midnight. Once the kinks are shaken out, Dobutsu will add lunch, Roberts said. Reservations will be available through dobutsubuffalo.com starting May 1.

For all the seafood and focused meat dishes, there's one thing Roberts isn't offering: claims of authenticity.

"I don't have any classical Japanese training. I have pined over the cuisine and the details, the discipline, the culture, my entire cooking life," said Roberts. "This restaurant is a little bit selfish for me - it's my version of what I like to eat." That's why he chose the name dobutsu, Japanese for animal, he said. "That little animal inside me needs to be fed. I cannot let that go."

Eckl's in Buffalo: The beef-on-weck game just changed in Buffalo: Eckl's is coming to town.

The renowned Orchard Park beef purveyor is opening a huge sibling restaurant in Larkinville that will add upscale choices to Eckl's traditional menu and sprawl over 7,000 square feet.

Located in the Larkin Center of Commerce, 701 Seneca St., Eckl's@Larkin will give diners a plush environment adjacent to Larkin Square.

“In 2016, after Dale and Shirley Eckl had decided to retire, I was fortunate to acquire the Orchard Park location," owner Jim Cornell said in a news release. "But even before that, when I was just a patron eating the famous Eckl’s beef on weck sandwiches, I knew this little Southtowns secret would be a great fit at Larkin.”

Cornell, the Center of Commerce's managing director, worked with interior designer Beth Zulinke-Dames and a team of artisans to bring his vision to Buffalo.

The central bar will feature a hammered copper surface. The space will include several dining rooms, event and banquet rooms for parties of 10 to 500, and an "upscale event space" that will open onto Larkin Square.

A carving station for Eckl's roast beef is part of the dining room plan. The food will include a raw seafood bar and a menu aiming to please "the most discerning steak, chop and seafood aficionado." Dinner will be served Wednesday through Saturday, 4:30 p.m. to 10 p.m.

Lunch, served weekdays, will include sandwiches and salads aimed at "on the go professionals."

Eckl's@Larkin is expected to open May 1.

At timeless Eckl's, beef keeps them coming back

French on Hertel: A French pastry chef is opening a café on Hertel Avenue to serve French-style baked goods and simple meals.

Camille Le Caer, who has been making desserts for Giancarlo's and Ristorante Lombardo, is opening Pastry by Camille Maison Le Caer at 1416 Hertel Ave. The spot was formerly Globe Market to Go.

Le Caer has also been selling his macarons, feather-light French sandwich cookies, at the Horsefeathers Winter Market. Those macarons will be part of the small menu of sweets, bread, salads and sandwiches once he starts rolling. He should open his doors in June, Le Caer said.

Eclairs and macarons will be among the offerings. Croque monsieurs and madames, ham sandwiches with béchamel sauce will be on offer. He will also make baguettes, the classic skinny French loaf.

Plates will include hachis parmentier, a sort of French shepherd's pie of ground beef in red wine sauce and mashed potatoes, served with salad.

His aim is to specialize in a few products that are hard to find locally in classic French forms. For instance? "Eclairs," he mentioned first. "Eclairs will be like the flag on my shop."

Not just any eclairs, though. "I'm going to make the European shape, but will try to fit in the best way we can for the Buffalo people." Coming soon, he said: sponge candy eclairs.