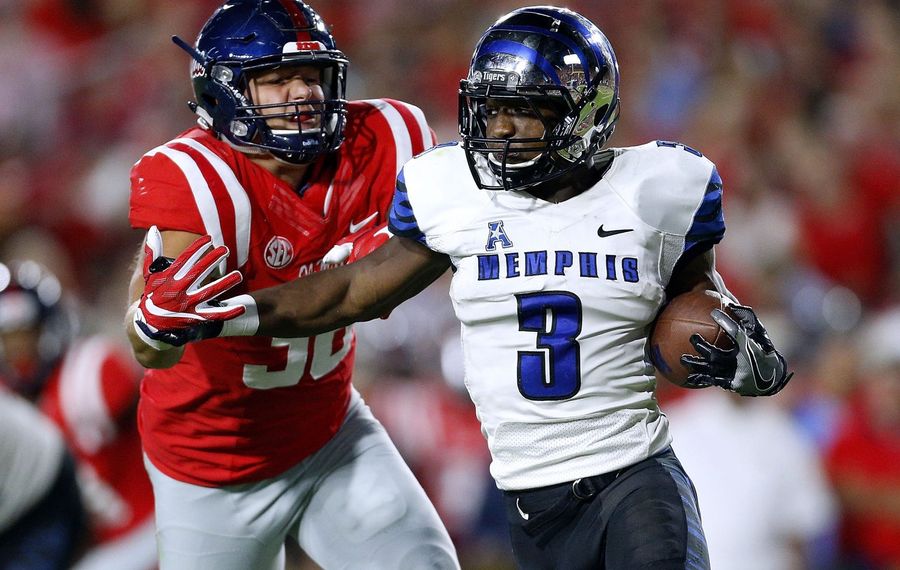 The Bills are hosting Memphis wide receiver Anthony Miller on Wednesday – the last day teams are allowed to host prospects before the NFL Draft, according to NBC Sports' Josh Norris.

Miller, who visited with Washington on Monday, had 191 catches for 2,896 yards and 32 touchdowns in his final two seasons at Memphis. He set single-season records for receptions (95), receiving yards (1,434) and 100-yard receiving games (eight).

A Memphis native, he walked on to the team after receiving no scholarship offers out of high school.

He took part in interviews at the Scouting Combine but did not do drills as he recovered from a fractured foot. At Memphis Pro Day, he had a vertical jump of 39 inches and was told that he ran the 40-yard dash between 4.46 and 4.52, according to the Memphis Commercial Appeal. He did not finish route running after suffering a cramp.

“I believe I performed how I thought I would. I surprised myself in a few areas, especially in the vertical. That blew me away and I guess I was running off adrenaline," Miller said, according to the report. "Overall, it was a good day for not only me but the rest of the guys."