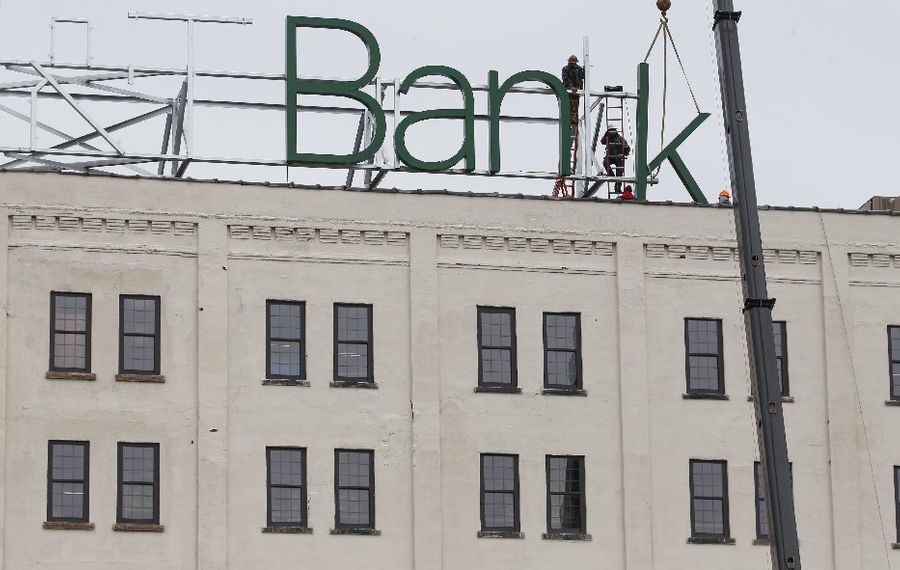 M&T Bank has a huge presence inside the Larkin Center of Commerce on Seneca Street. Now, everyone will know it.

The bank on Wednesday began installing a 12-foot high, 67-foot wide illuminated sign atop the building. The company performing the work, Rochester-based Premier Sign Systems, expects to finish the job on Saturday, assuming the weather cooperates.

M&T is the Larkin Center's largest tenant. In fact, the amount of space the bank leases there – 250,000 square feet – is roughly equivalent to the space in its 20-story headquarters.

M&T declined to disclose the cost of the sign. But it's part of a series of signs M&T has installed as a part of a corporate program that began in mid-2016.

The sign will be visible to motorists traveling passing on the I-190. The Larkin Center is next door to the Larkin at Exchange Building, which has a KeyBank sign on top. Larkinville is home to Key's northeast regional headquarters.

About half of M&T's space at the Larkin Center is for its records warehousing operations. In the other half, M&T has about 600 employees, mostly in its risk division, according to the bank. And M&T has room to grow, with a total of 750 employee seats in the building.

'It's hard not to think about Bob,' CEO Rene Jones says as M&T shareholders meet