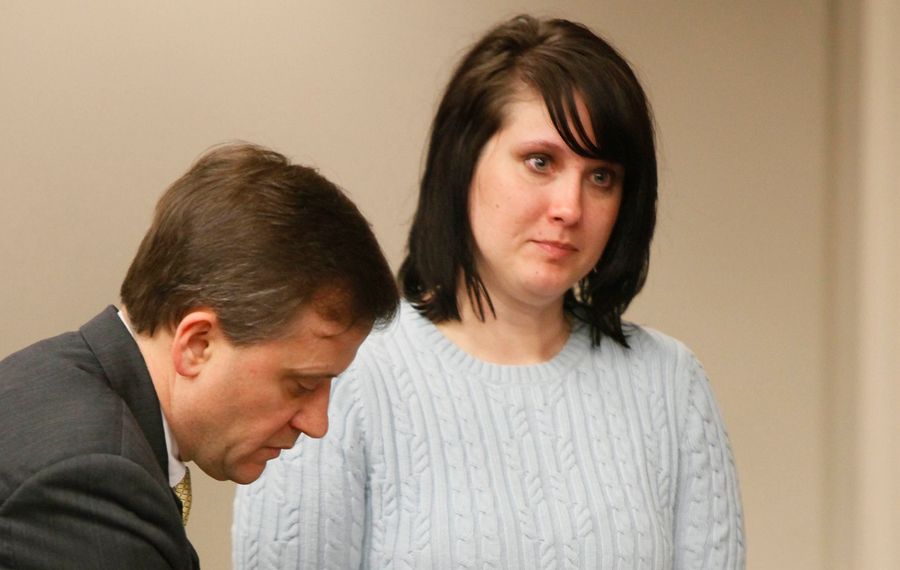 The former Buffalo charter school teacher who admitted having sex with a student nine years ago is back in jail.

Cara L. Dickey, 39, was being held in the Erie County Holding Center Wednesday morning on a parole violation, according to the state Department of Corrections and Community Supervision and Erie County Sheriff's Office records.

The parole violation involved drugs, according to a state DOCCS official.

Dickey has been in and out of prison since her initial conviction.

In 2009, Dickey pleaded guilty to two counts of statutory rape for having sex with a 14-year-old student at South Buffalo Charter School in the summer of 2008. She was sentenced to four years in prison.

In January 2013, she disappeared from a halfway house and removed an electronic ankle bracelet that was a condition of her parole. Federal authorities arrested her a month later after she was found in a motel room near Chicago with a girlfriend she met while behind bars.

Dickey pleaded guilty in May 2013 to failing to register as a sex offender and was sentenced to up to 12 months in the Erie County Correctional Facility in Alden. She was also sentenced to 18 months for violating parole conditions, a sentence that was to be served concurrently with the one-year sentence.

She got out in August 2014 but was sent back to prison in June 2015 for parole violations, including having contact with "known offenders," lying to her parole officer and threatening behavior. She was put back on parole again in November 2016, according to the state Department of Corrections and Community Supervision.

After a person violates parole, he or she goes before an administrative law judge within 14 days to determine whether the person is put back on parole or sent back to prison.

Ex-Buffalo teacher who raped boy is captured in Chicago