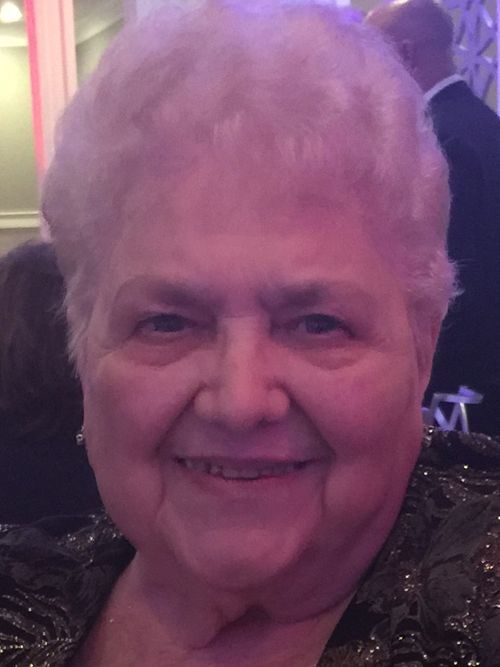 Catherine P. DiMino, of Niagara Falls, wife of a founder of Tops Friendly Markets and active in community affairs, died April 10 in Mount St. Mary’s Hospital, Lewiston. She was 91.

Born in Washington, Pa., the former Catherine Colosi came to Niagara Falls with her father in 1943. Working for Nabisco’s Shredded Wheat plant, she was noted for the parties she arranged for retirees and for young men going into military service.

She also worked part time for Unique Chocolate Shoppe and for Armand Castellani’s original Great Bear Market, where she met her husband, Alphonso. At that time, he and his brother, Leonard, operated a grocery store, DiMino’s Red & White, on Pine Avenue. They were married in 1955.

In 1958, her husband and his brother joined with Castellani and Thomas Buscaglia to open a Bells Market, then established Niagara Frontier Services. The first Tops store opened in 1961 on Portage Road. Her husband suggested the name Tops and the diamond logo.

In 1964, her husband and his brother opened their own franchised Tops store on Center Street in Lewiston, which her son, Anthony, now owns and operates.

She served as president of the LaSertoma Club, the Century Club and the Parish Council at St. Teresa’s Catholic Church.

She was a board member of the Cystic Fibrosis Foundation, the St. Francis Guild and the Western New York Youth Foundation. She was Niagara Falls area chairman for the Girls Town of Italy fashion show.

With her husband, she was a charter member of Power City Lodge 158 and Volare Lodge 269, Italian Sons and Daughters of America. They also were founding members of the Castellani Art Museum at Niagara University and were active in their children’s schools – Bishop Duffy High School, Madonna High School, Niagara Catholic School and Stella Niagara Education Park.

She was a member of St. Raphael Catholic Parish in Niagara Falls, where she started a 50-50 draw every Sunday and was instrumental in having trees planted on the grounds.

She was to be honored this year by the Mount St. Mary’s Hospital Foundation and inducted into the Niagara Falls Boys and Girls Club Hall of Fame.

A sports enthusiast, she was a fan of Ted Williams and the Boston Red Sox.

She enjoyed making people laugh and performed in skits at the Italian American Club and the Niagara Frontier Country Club.

She and her husband also traveled extensively. He died in 2006.

In addition to her son, survivors include two daughters, MaryRose Casero and Anne Marie Hepfer; 10 grandchildren and eight great-grandchildren.