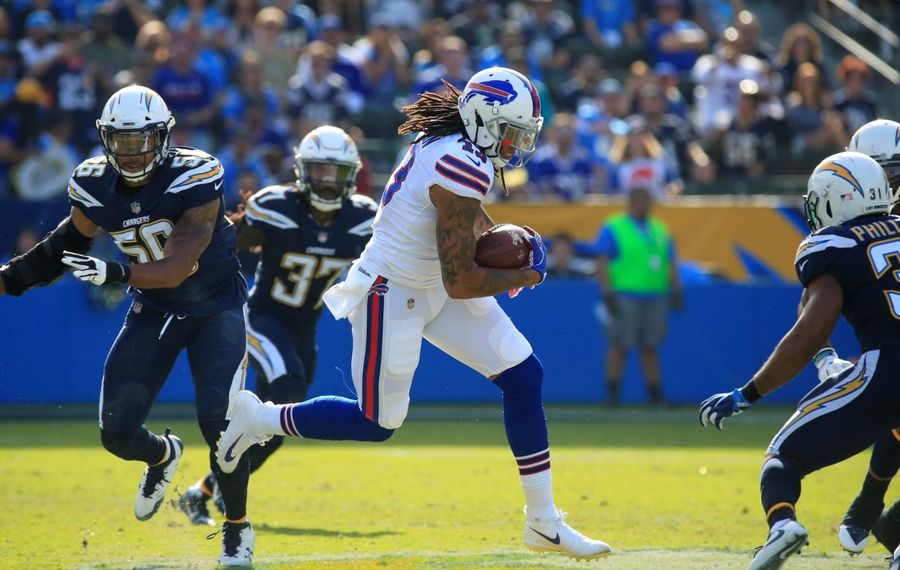 One of Brandon Beane's favorite offseason lines is about how his team doesn't play meaningful football until September.

That's a good thing for the Buffalo Bills, who still have some clear roster needs. There will be an opportunity to fill some of those at next weekend's NFL Draft. Ahead of that, the analytics website Pro Football Focus published a list of the worst position groups in the NFL by using a combination of its own grades, context from its analysis team and advanced numbers from the PFF database. The results were not kind to the Bills.

Buffalo appeared on PFF's list three times, with the team's quarterbacks, wide receivers and defensive tackles all being chosen as the worst in the league.

Of those three, the only real surprise would be defensive tackles.

Regarding the team's quarterbacks, here's how PFF reviewed the position: "With the trade of Tyrod Taylor to Cleveland, the Bills officially declared themselves in the hunt for a first-round quarterback. The signing of (AJ) McCarron isn't likely to fill the need, and last year's fifth-rounder (Nathan) Peterman showed he wasn't ready for a starting role. McCarron has only four career starts to his name, all in 2015, and while he showed flashes of solid play, he finished that season with a nondescript grade of 73.3. He struggled in Cincinnati's playoff game against the Steelers, and his work down the stretch was not enough for him to warrant a potential starting opportunity on the open market this offseason."

It has been widely speculated that the Bills are after one of the draft's top four prospects at quarterback.

The team's wide receivers received this evaluation: "Wide receiver is a big question mark in Buffalo. The Bills traded for (Kelvin) Benjamin during the 2017 season, but his career-best yards-per-route-run average of 1.99 ranked 17th in 2016, while he has ranked outside the top 30 in his two other healthy NFL seasons. Wide receivers currently on the roster behind Benjamin and (Zay) Jones combined for just 25 receptions last season. With a likely three-way battle between McCarron, Peterman and a rookie at quarterback, adding some playmakers should be high on the Bills' to-do list heading into the draft."

PFF offered up a suggestion for the Bills.

"This wide receiver class lacks an instant-impact player; it's a class with a lot of No. 2 receivers, but that doesn't mean that there's not someone who could help the Bills in the late first or second round. Colorado State's Michael Gallup is PFF's top wide receiver available, producing a yards-per-route-run average of 3.18, which ranked eighth in this draft class, while forcing 21 missed tackles and dropping just eight passes from 111 catchable targets."

After re-signing Kyle Williams and adding Star Lotulelei in free agency, defensive tackle is a surprise to see on PFF's list.

"The Bills traded Marcell Dareus last season and were unable to patch up the (large) hole he left in the defensive front. Current free agent Cedric Thornton saw many of the vacant nose tackle snaps, but was unable to hold up at the point of attack playing out of position, earning a career-low overall PFF grade of 43.3 and an even worse 40.4 grade against the run. The team signed Lotulelei in free agency to address that need, but Lotulelei is also coming off the worst season of his career (49.5 overall grade). A former first-round pick, Lotulelei's career has been in free fall, and his best grade in the NFL was during his rookie year in 2013. Even against the run, his play has been far from dominant, and he notched just 45 defensive stops over the past three seasons of play. Damon Harrison and Akiem Hicks each had 44 in 2017 alone."