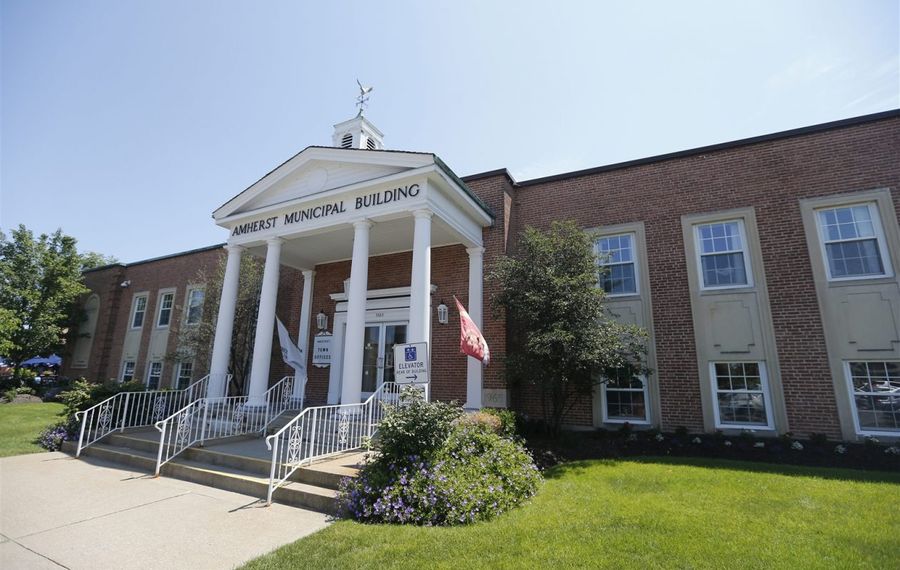 Amherst property owners might be going through another reassessment in less than two years.

The town last year put a new value on each of its 44,000 properties, but officials are already eyeing 2020 for the next project – a year earlier than anticipated.

The goal is to make sure the new assessments match what properties would sell for in the open market so owners are paying their fair share of the tax levy. But Town Assessor David Marrano said Amherst's hot real estate market means he's already noticing some inequity, with properties recently selling well above or below their new assessments.

"The residential market in Amherst has been very strong, continues to be very strong," he said Monday during a presentation to the Town Board.

"They're not paying their fair share because we have them worth a lot less than what they're really worth," Marrano said.

It works the other way, too.

"Those folks, they're paying a little more than their fair share in taxes," he said.

The only way to combat growing inequity is through a reassessment, which is recommended every three to four years, Marrano said. Prior to 2017, Amherst had gone eight years without a townwide reassessment.

"If you're not updating every three to four years, your roll can become inequitable," he said. "We tell people, 'Don't be afraid of it. It's a good thing. You're going to pay your fair share.'"

Reassessments do not generate more tax dollars, he noted.  Only an elected Town Board raising the tax levy can do that.

"The one push back we hear from the public is, 'The town's trying to raise taxes,'" Marrano said. "It has nothing to do with this. Equity is the goal."

He asked the Town Board to begin the process by issuing a request for proposals from prospective contractors who could assist with the project. The cost of a reassessment was estimated at between $600,000 and $700,000, although state aid may help offset a portion of the cost. Property owners would receive their notices in late February 2020, according to the preliminary timeline.

Peter Allen Weinmann, the attorney who represented Great Skate, said the original request was "a little aggressive" due to some outdated data such as appraisals and vacancies.

His firm upped the request to about $800,000 and ultimately settled with the town at the midpoint. In exchange for settling at $900,000, Great Skate gets the assessment frozen at that level through 2021-22, Weinmann said.

"We looked at the likelihood of the cost of proceeding forward and this was far more cost-effective to settle at the midpoint," he said.

Court filings representing 28 properties remain unresolved, and the town has issued settlement offers on about half, Marrano said.

Weinmann praised the town's new approach to handling the cases. They're being handled by a senior deputy town attorney, rather than outside counsel. Town officials have said the move is expected to save hundreds of thousands of dollars.

"We are settling cases," Weinmann said. "It's a good move on the part of the town because the cases are moving."