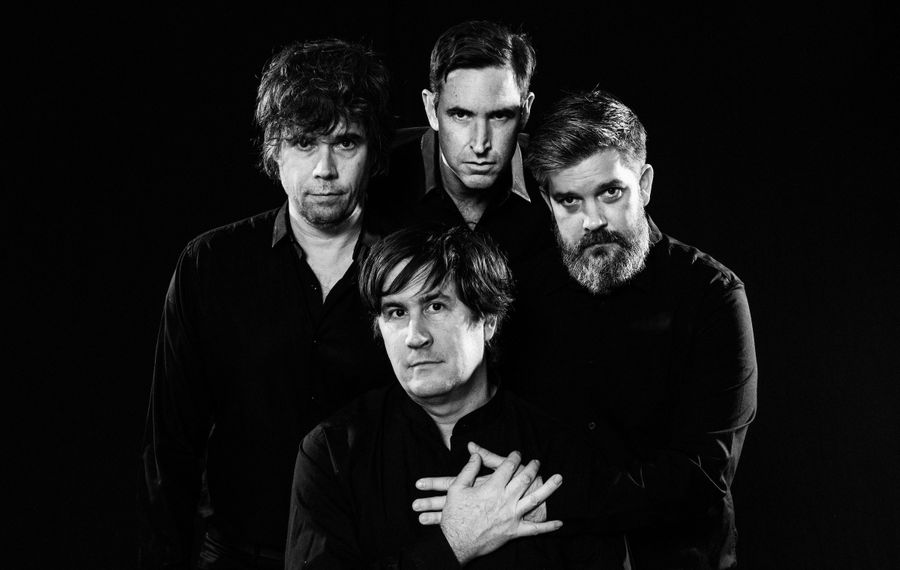 Just over two years since last performing at the Babeville complex, the much revered lo-fi indie act the Mountain Goats is set to return to Asbury Hall.

Band leader John Darnielle and crew previously played town after releasing a collection of nostalgic takes on pro wrestling in 2015's "Beat the Champ." This time , the band is back in Buffalo in support of last year's "Goths," a concept record touching on the lives of a California goth musician and other scenesters in the 1980s.

For the fourth year running, Mohawk Place will be hosting a showcase for local artists who sent in submissions to NPR's Tiny Desk Contest.

Inspired by the radio station's fantastic in-studio Tiny Desk Concert series, bands are asked to submit a live video performance of an original song (no covers allowed) at a desk of any kind. The winning act, chosen by a panel of musicians and NPR staff members, will be invited to the station's Washington, D.C. headquarters to film its own Tiny Desk Concert at the desk of "All Songs Considered" host Bob Boilen.

The eclectic batch of local bands which submitted songs this year includes the likes of Small Smalls, Aqueous, Parade Chic and 14 trapdoors, so expect to see some of these names on the lineup once it is locked in.

Fun fact: Although not a Buffalo act, one Western New York group did receive some early love from the Tiny Desk Contest judges. "Middle Class Male Cry," the submission from Rochester's satirical croon-folk outfit Passive Aggressives Anonymous, was included in the first batch of videos that stood out to folks at NPR. Check it out below.

Since the beginning of the year, local garage revivalists Feverbox has been doing a solid for service industry music fans here in Buffalo.

On the third Monday of each month, the trio curates and presents installments of Industry Mondays in Babeville's basement venue, the 9th Ward. The series is aimed to give those normally working late-night shifts behind the bar or on the service floor over the weekend a chance to catch some of the city's finer musical acts and have a cheap night out in the process.

From hip-hop to psych and indie rock, the series has been bouncing around genres to keep things fresh. Next up, a trio of local emo and punk leaning groups in Cooler, SMUG and Passed Out.

Even if you aren't familiar with the acts, a cheap cover and solid drink specials at the 9th Ward bar should be reason enough to extend the weekend by an extra night.