With a traveling roster of just 14 players facing difficult weather conditions, Lackawanna FCY fell short in the quarterfinals of the Werner Fricker Cup, losing 2-0 to host Vereinigung Erzgebirge on Sunday in Warminster, Pa.

V-E broke a scoreless deadlock with a penalty kick in the 65th minute, then added an insurance goal late to advance to the tournament's semifinals.

"The weather had a factor in the game," explained Lackawanna manager Faress Saleh. "We had the wind to our backs the first half and generated a lot more chances. The second half we had many balls float and hang against the wind."

Lackawanna's best first-half opportunity came in the seventh minute, when a driven cross from winger Layth Alaekada found Brendan Lawler along the six-yard box. Lawler's redirect was on target, but directly at the V-E goalkeeper.

After conceding the penalty, Lackawanna nearly equalized when Kovan Menr shrugged off a defender and chipped the goalkeeper - only for a weak-side V-E defender to "miraculously" clear the ball off the line, as Saleh described. 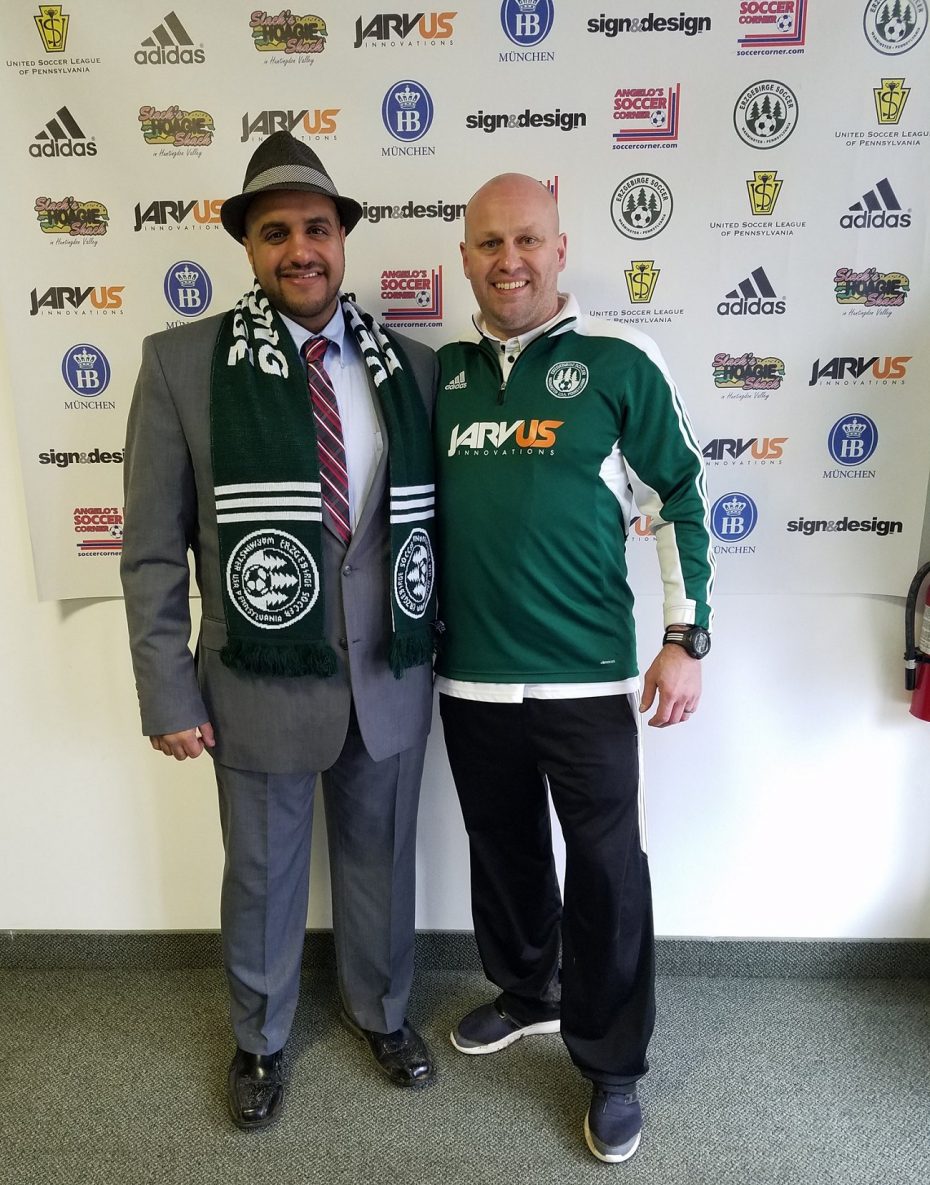 Saleh was complimentary of the hosts, who warmly welcomed the visitors and fed them chicken Parmesan after the match. Vereinigung-Erzgebirge manager Rob Oldfield even offered to give Lackawanna a tour of the club facilities.

"[They] were very hospitable," Saleh said. "We hung out in the club, talked about our history and our cities and backgrounds."

Lackawanna FCY qualified for the Werner Fricker Open Cup by winning the 2017 Tehel Cup, a single-elimination tournament involving the top three divisions of the BDSL. The side was then known as Yemen Elite before rebranding under its new name after merging with Taha Omar's FC Yemen this winter.

BSC Raiders are now the only BDSL team still alive in cup play, as they host FC Motown at 4 p.m. April 22 at Nichols School in the quarterfinals of the U.S. Amateur Cup.

Rocky Palmeiro's Raiders knocked off TFC Gunners on the road in the tournament's first round. More to come in advance of the quarterfinal match.