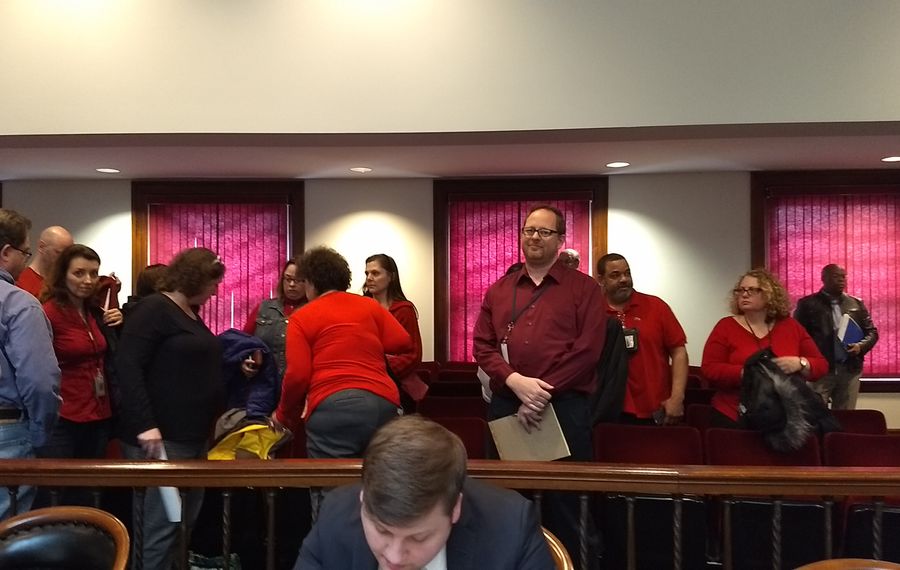 Three critical and intertwined problems continue to beset Erie County Child Protective Services. To remedy the most severe of them – a diminished ability to protect children who are at risk of neglect or abuse – the other two must first be solved.

They center on pay and staffing. To fix the latter, it must first improve the former.

In a high-tax state, the last thing anyone should want to advocate is expanding the number of public employees at any level of government. But these are crisis positions. Children have died in Erie County, in part because of staffing issues. Employees have made a credible case to county legislators, as even Joseph Lorigo, the Conservative Party member from the 10th District, acknowledged.

The problem is turnover. Working in high-stress, low-wage positions, up to a third of front-line CPS workers quit each year. They burn out. In a recent survey, about half the workers used the word “dread” in describing how they feel in the morning as they get ready for work.

Part of that relates to caseloads which can’t be lessened without adding staff. But it will be impossible to recruit a larger, stable staff into high-stress jobs without raising the entry level salary from just under $36,000. That’s the current pay for a trainee with no experience, though it may soon increase.

It isn’t just money, as CPS staff acknowledge. It’s also feeling valued. It’s believing that your ideas are accepted. Many workers have no sense of either, according to the survey conducted by CPS workers. They also think responsibilities are poorly defined and that the department communicates poorly.

That can be fixed at little to no cost, requiring only attention and perhaps pressure from the top, starting with County Executive Mark C. Poloncarz. But pay and staffing remain issues, and they will require money. Poloncarz is appropriately concerned about the impact on taxpayers and has made a proposal to increase some wages. Whether it is sufficient will be revealed, in part, by monitoring its effect on turnover rates.

The administration’s plan is to raise the starting annual pay for new, inexperienced caseworkers to $38,378 from the current $35,921, an increase of 6.8 percent. That’s a larger raise than most workers get these days. Whether it is enough to keep workers on the job and, ultimately, to prevent the career burnout that this difficult work engenders is the question.

This is a hard equation to balance in any state, but it is especially so here. New York’s spending levels and its high property tax rates are a threat not just to the economy, but to the ability to protect at-risk children. They are unintended victims of careless policies.

The goal – here and, we suspect, around New York – must be to adequately pay and staff CPS departments to protect the maximum number of children without further burdening taxpayers and tempting those with the means to move out of the state. Poloncarz seems to be attempting that, but while raising pay rates may help, they won’t decrease stress. That’s more a function of caseloads and dealing with that requires higher staff levels. Even then, as Poloncarz acknowledges, these are tough jobs.

The good news is that since the unfortunate deaths of children who were, or should have been, under CPS protection, Poloncarz has worked diligently – and to a notable extent, successfully – to improve the department’s performance. But there is more to do.

It’s not just not CPS and not just Erie County. Other jobs in the Department of Social Services are also stressful, administrators say. And First Deputy Commissioner Sharon Rochelle noted that high turnover rates in CPS are the norm across the nation. But that doesn’t mean it’s acceptable. It just means that, if the goal is to protect children, the model isn’t working.