For the first time in decades, a developer wants to construct a 10-story building along the Niagara River on Buffalo's West Side, taking the restoration of that commercial arterial to a new level.

A Rochester firm is teaming up with Buffalo's Roger Trettel to build new apartments overlooking the Niagara River on the site of an aging, two-story former train car repair facility.

Andrew Crossed, co-founder and managing principal of Park Grove Realty, has proposed renovating the garage at 990 Niagara St. and constructing a new 10-story building alongside it, offering clear views of the river, Canada, downtown Buffalo and even Niagara Falls.

The $17 million project would feature two floors of parking, along with some retail space on the ground floor, plus 95 one- and two-bedroom high-end apartments on the upper eight floors. Each unit will have a private balcony.

"It's a pretty unique area of Niagara Street, because it sits up high," Crossed said. "The views are really incredible, not only of the river and the Peace Bridge, but you can see the mist of the falls and downtown Niagara Falls, and obviously downtown Buffalo as well."

Trettel said the proposal would clean up a brownfield site and restore a historic and "long-blighted vacant eyesore."

"We will be creating an iconic building on an iconic site that will be seen by 65,000 or more passing cars each day," he said. "It will show how Buffalo is on the rise, instead of a bombed-out, graffiti-covered shell." 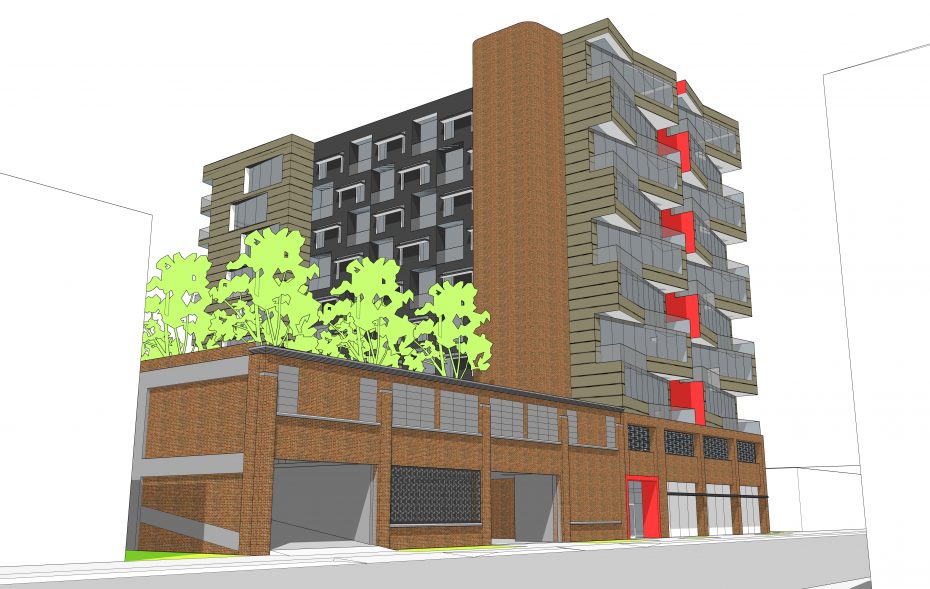 This is a rendering of the proposed new 95-unit apartment building at 990 Niagara St.

The city also has invested millions of dollars sprucing up the streetscape from Niagara Square to the Peace Bridge, with plans to continue the work further north.

Crossed and Trettel, who already owns the property on Niagara Street, first need to get a variance from the Zoning Board of Appeals. That's because the city's Green Code limits buildings in that area to seven stories or 90 feet in height. The developers are proposing three more floors and a total height of 124 feet.

Crossed acknowledged that could provoke some controversy and opposition, citing some comments they've already received from neighbors.

"We've had a tremendous amount of support, and we've had some comments, as well, that we are taking seriously and we are trying to see how we might be able to deal with those," Crossed said. 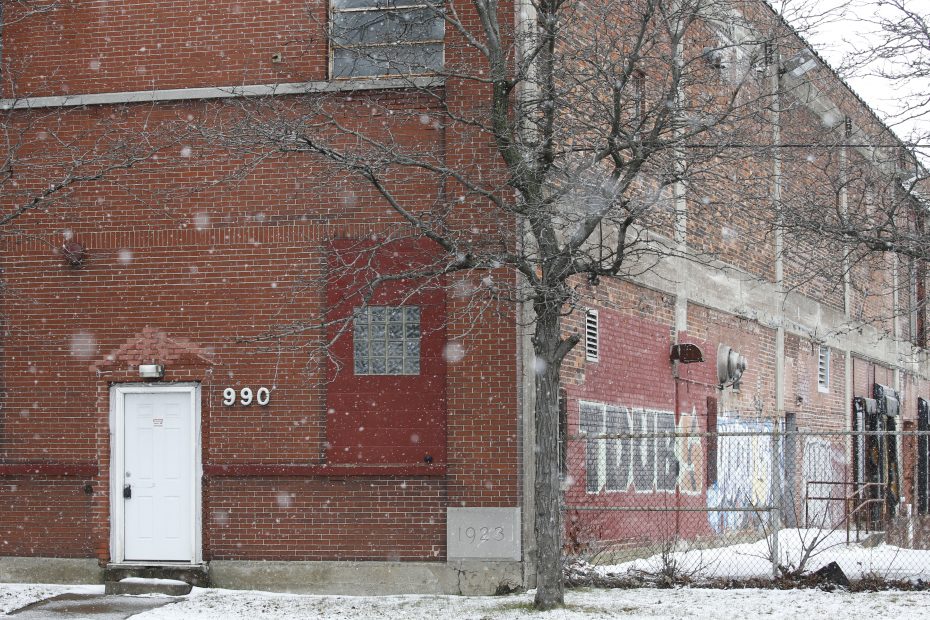 The building at 990 Niagara St. in Buffalo has been vacant. (Derek Gee/Buffalo News)

The two developers say they need to achieve a certain number of apartments and rents on the site to make the project financially viable.

They felt a narrower, 10-story building was a better fit for the street than a wider, seven-story building that would be allowed by the Green Code but would stretch across the entire property, Crossed said.

"We feel that this is a great opportunity to develop a site that has been vacant and blighted for 25 years," he said. "Density is an important factor in the economics of making something like this work, which is extremely risky on its face."

Additionally, he noted, the plan calls for using the roof of the parking structure to provide a patio, greenspace and other amenities for tenants. "We think it's a very progressive plan, and appropriate for the neighborhood," Crossed said.

Founded in September 2015 by Crossed and partner Andrew Bodewes, Park Grove is a real estate development, management and consulting firm specializing in multifamily residential, mixed-use and commercial projects. The Park Grove principals previously spent as many as 20 years with another developer, Conifer Realty LLC, before setting off on their own.

Their new firm developed or manages several ventures in Rochester, Henrietta and Ithaca, and has been seeking to expand into the Buffalo market for the past five years, Crossed said. They teamed up with Trettel after meeting him in Buffalo and seeing the 1.03-acre Niagara Street property.

"We started talking about it, and had a like-minded vision for it," Crossed said. "We feel like we're a pretty conservative company, and think that this project on Niagara Street is the right time."

In contrast, this is the largest project so far for Trettel, who has previously focused on renovating smaller buildings on Main Street in downtown Buffalo. He bought the Niagara property two years ago from the estate of Frank Ciminelli.

"I’m very excited to be teaming with Andy and Park Grove Realty as they share my passion for creating something great and making a difference on Niagara Street and for Buffalo," Trettel said. "This is the kind of project that they do routinely." 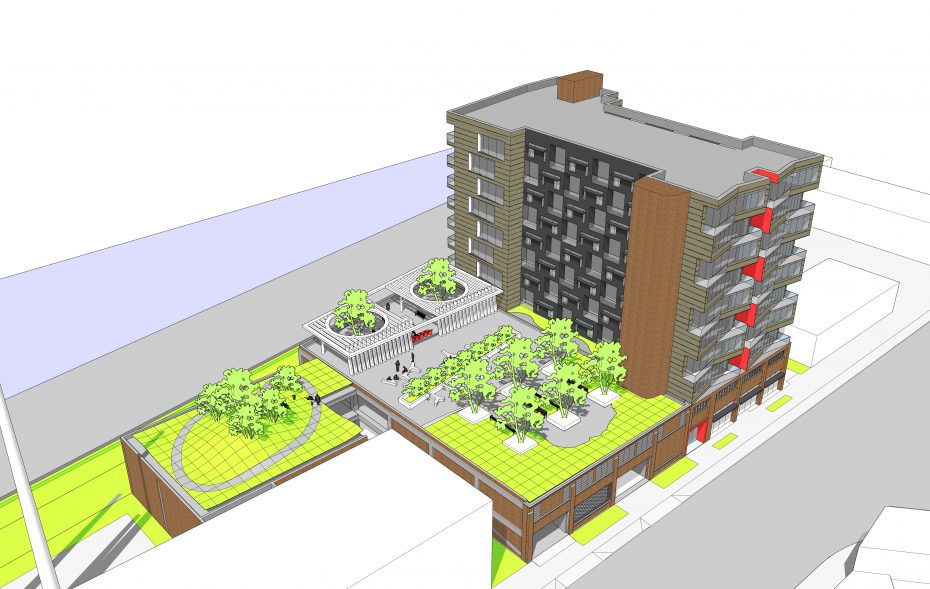 This is an aerial rendering of the proposed Niagara Street Apartments at 990 Niagara St.

"It's very stoutly built, and we feel it has an important facade on Niagara Street," Crossed said. "To rehab that building and bring it back to life, and add new to it, is really the concept."

Under the plans by Rochester architectural firm SWBR, the original building would be rehabbed and expanded. The first two floors would become a 58,900-square-foot parking garage. The building would also have 4,000 to 6,000 square feet of ground-floor retail.

"Those first stories on Niagara Street aren't feasible for residential in any way," Crossed said, citing the views to neighboring businesses. "You really need to get above that before the windows really look out at anything."