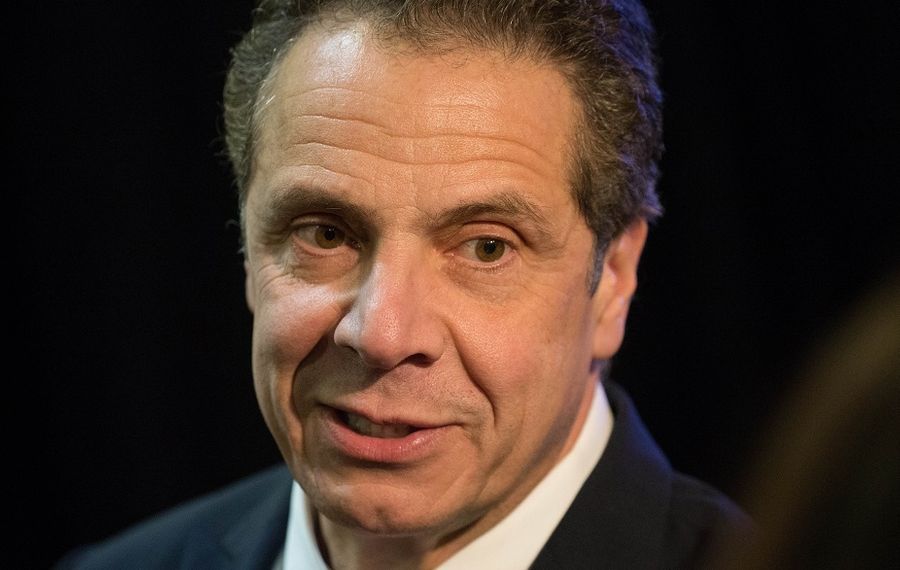 ALBANY – Gov. Andrew M. Cuomo saw his income decline in 2017, largely by the disappearance last year of royalties he had been getting on a 2014 book he authored that saw anemic sales.

The governor reported an adjusted gross income of $212,776 last year, down from $418,000 in 2016, according to copies of his tax returns that reporters in Albany were permitted to view on Tuesday.

Cuomo’s income has gone up and down since he’s become governor. As in the past, Cuomo reported paying no local property taxes; aides said the governor splits the household expenses, including property taxes, with his partner, Sandra Lee, who owns the upscale house where they reside in Westchester County.

Cuomo had an effective federal tax rate of 19.6 percent, with $41,765 in federal taxes owed for the year. Besides his reporting $173,046 in state wages, Cuomo also listed nearly $37,000 in dividends earned through an investment bank that handles his financial portfolio. He listed $11,000 in charitable donations, all of which went to HELP USA, a charity he founded, aides said.

On Tax Day Tuesday, Cuomo, at an event on Long Island, declared himself a middle income New Yorker. "I'm a middle class guy. That's who I am. That's where I come from,'' said Cuomo as he was asked about last weekend's endorsement by the Working Families Party of Cynthia Nixon, the activist and actress who is challenging Cuomo. Of the middle class, Cuomo said they are "my culture.''

Cuomo’s total state tax totaled $12,782. Like Hochul, Cuomo did not check off any voluntary contributions to various state-sanctioned efforts included on the bottom of New York tax forms, such as wildlife or various health care charity efforts.

Hochul, along with her husband, the former top federal prosecutor in Western New York, did list charitable donations of $21,200, going to 17 different groups in the Buffalo area. Top recipients included Canisius College Advancement Series, St. Anthony of Padua Church and the United Way.