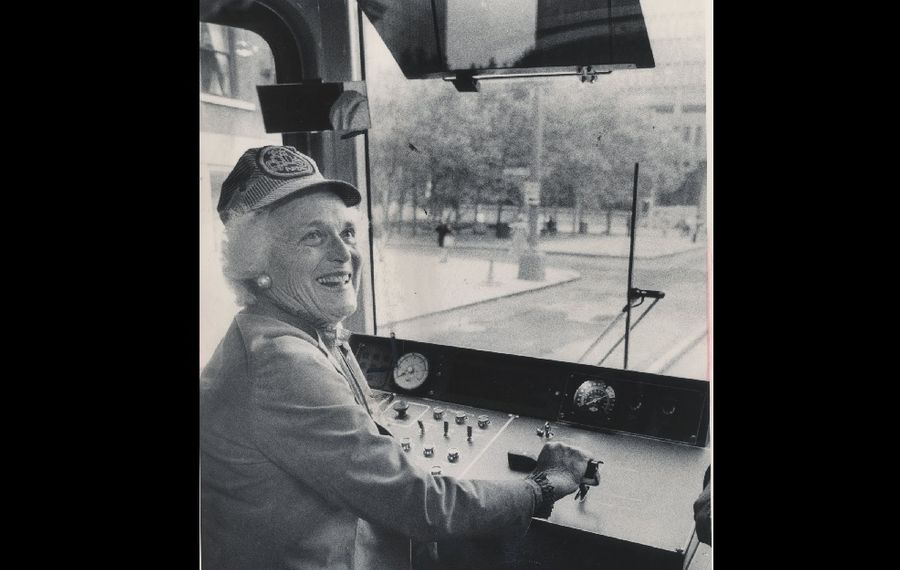 Barbara Bush, who died Tuesday at the age of 92, made at least two visits to Western New York as the wife of the vice president.

On Oct. 9, 1984, she attended a ceremony for the opening of Buffalo's Niagara Frontier Transportation Authority Metro Rail rapid transit service.

After attending a breakfast inside the Hyatt Regency Hotel with officials – including then-Rep. Henry Nowak, D-Buffalo, and Sen. Alfonse D'Amato, R-N.Y. – Bush donned a hard hat, boarded the train stopped outside the hotel and was invited to take the controls of the first car as it rolled down the tracks on Main Street.

It was after Bush initiated the new Metro Rail line that a group of people were invited aboard to become the first bonafide riders to ride the new trains, which officially began operation on the surface section the following day.

Bush's visit to Buffalo occurred the day after she was caught in a controversy for taking a swipe at Democratic vice presidential candidate Geraldine Ferraro, the first woman to be nominated to run for the office.

According to New York Times coverage from Oct. 9, 1984, Bush had told reporters that she and her husband had no intention of obscuring the fact that they were wealthy and enjoyed it, "not like that $4-million dollar – I can't say it, but it rhymes with rich."

Bush made another visit to the area in July 1987 when she was invited to speak at Chautauqua Institution, and while she addressed some political issues of the day, such as her thoughts on Lt. Col. Oliver North and the Iran-Contra affair, she kept most of her remarks on the topic of literacy, a concern which was close to her hert as the wife of the vice president and as firstlLady from 1989 to 1993.

Bush also was asked about her husband's presidential ambitions.

"George Bush has made education and literacy the big emphasis in his forthcoming campaign ... and it is not because of my interest," said Bush, as reported in The Buffalo News at the time.

When someone in the audience at Chautauqua asked her if being the vice president's wife helped or hindered her advocacy of reading and the eradication of illiteracy, Bush responded: "I would not be here if I had not married the most decent and honest man anywhere, George Bush. You would not want to hear me if I were not the wife of the vice president. George Bush has helped me a whole bunch in my project."