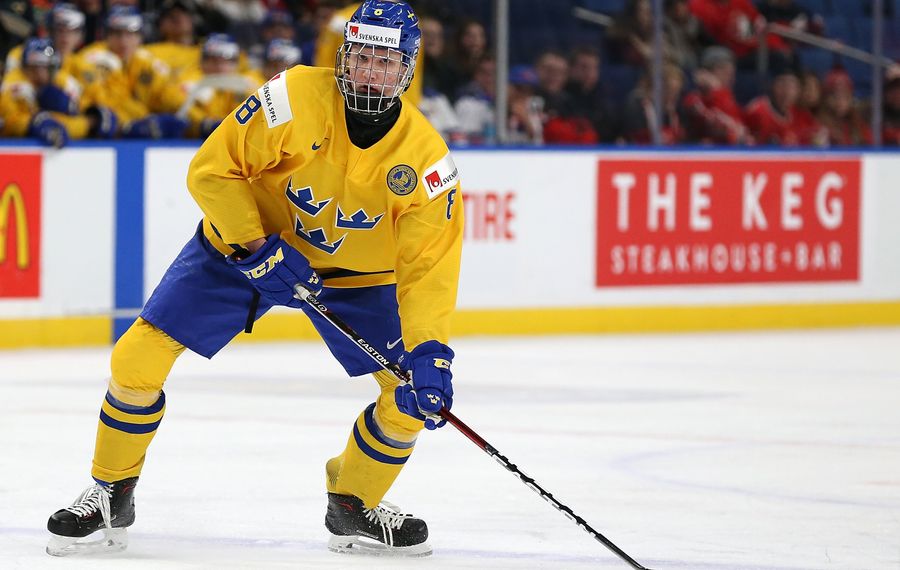 The term "generational talent" is back. This time, it's a defenseman.

NHL Central Scouting released its final prospect rankings Monday, and there's no surprise Swedish defenseman Rasmus Dahlin topped the list. He is expected to go first overall in the NHL Draft in June.

"Dahlin is an exceptionally talented prospect who will be able to contribute, influence and impact a team's fortunes much in the way that defensemen Erik Karlsson and Victor Hedman have in the NHL," said Dan Marr, director of NHL Central Scouting. "If you wanted to pick one player from the 2018 Draft who could potentially be viewed as a generational talent, Rasmus would be the only candidate. There is that much respect for him and his abilities."

The slogan "generational talent" was used often during the 2015 Draft to describe Edmonton's Connor McDavid and Buffalo's Jack Eichel.

The 18-year-old Dahlin represented Sweden at the Olympics in South Korea and the World Junior Championships in Buffalo this season. He was named Best Defenseman at the World Juniors, recording six assists, 25 shots and a plus-7 rating while averaging 23:08 of ice time in seven games to help Sweden win the silver medal. He was seven years younger than anyone else on Sweden's Olympic team.

The 6-foot-2, 181-pounder totaled eight goals and 23 points in 47 games in the Swedish Hockey League.

"Dahlin is in a class of his own," said Goran Stubb, director of NHL European Scouting. "He's fulfilled everything that was expected of him as a regular with Frolunda. He's a smart two-way defenseman with a great set of tools, including skating, puck handling, vision, intelligence and shot.

"He's not overly physical on the ice, but he doesn't shy away from the rough stuff."

World Juniors Notebook: Dahlin looking every bit like this summer's No. 1 NHL pick

NHL Central Scouting named forward Andrei Svechnikov as the No. 1 player in its North American rankings. Svechnikov, who plays for Barrie in the Ontario Hockey League, had 40 goals and 72 points in 44 regular-season games. He's added five goals and 11 points in seven playoff games.

"Svechnikov's play actually improved once he got back, and I think he has become a more complete player," said David Gregory of NHL Central Scouting. "He's an elite skater and finisher, and I believe has separated himself from the rest to be our No. 1 skater in North America."

Boston University left wing Brady Tkachuk is No. 2 among North American skaters. Right wing Filip Zadina of Halifax in the Quebec Major Junior Hockey League is No. 3. Rounding out the top five are defensemen Evan Bouchard of London (OHL) and Noah Dobson of Acadie-Bathurst (QMJHL).

The Sabres will draft first, second, third or fourth in June. The NHL Draft Lottery, which will determine the opening three picks, will be held April 28. By finishing last overall, Buffalo has the best odds (18.5 percent) of winning the top pick.