Buffalo native Jake Halpern, along with cartoonist Michael Sloan, was recognized with the Pulitzer Award in editorial cartooning Monday for a graphic narrative that chronicles a Syrian refugee family adjusting to their new life in the United States.

The serial strip, "Welcome to the New World," which ran in The New York Times, was written by Halpern, an author, journalist and radio producer, with images drawn by Sloan.

Halpern is a 1993 City Honors School graduate. His first book, "Braving Home: Dispatches From the Underwater Town, the Lava Side Inn and Other Extreme Locales," was a main selection for fellow author Bill Bryson's Book of the Month Club in 2003.

In 2014, Halpern's nonfiction best-selling book "Bad Paper" chronicled the experiences of a Buffalo-area man from a prominent family as he navigated the murky world of debt collection.

A portion of that 2014 book was excerpted as a cover story by The New York Times Magazine. It was chosen as an Amazon Book of the Year.

Halpern, 42, has also written for other national periodicals, including The New Yorker, The Atlantic Monthly and The Wall Street Journal. In addition, Halpern is a contributor to National Public Radio's "All Things Considered" and "This American Life."

Currently, Halpern is a fellow at Morse College at Yale University, where he teaches a class in journalism. He recently returned from India on a Fulbright scholarship.

Halpern's father, Stephen Halpern, expressed pride, but not surprise, at the accomplishment of his son, who was in Europe with his family Monday.

"I will say this: he deserves the award. The project deserves the award. He's worked his heart out on this project, and it's been a moving one for anybody that's followed it at all. It's about a family that arrived in this country from Syria the night that Donald Trump was elected president, and Jake was at the airport to meet them," said Stephen Halpern.

"He is in Spain right now, with his family. Also, he's been a little besieged today, as you might imagine," said Stephen Halpern. 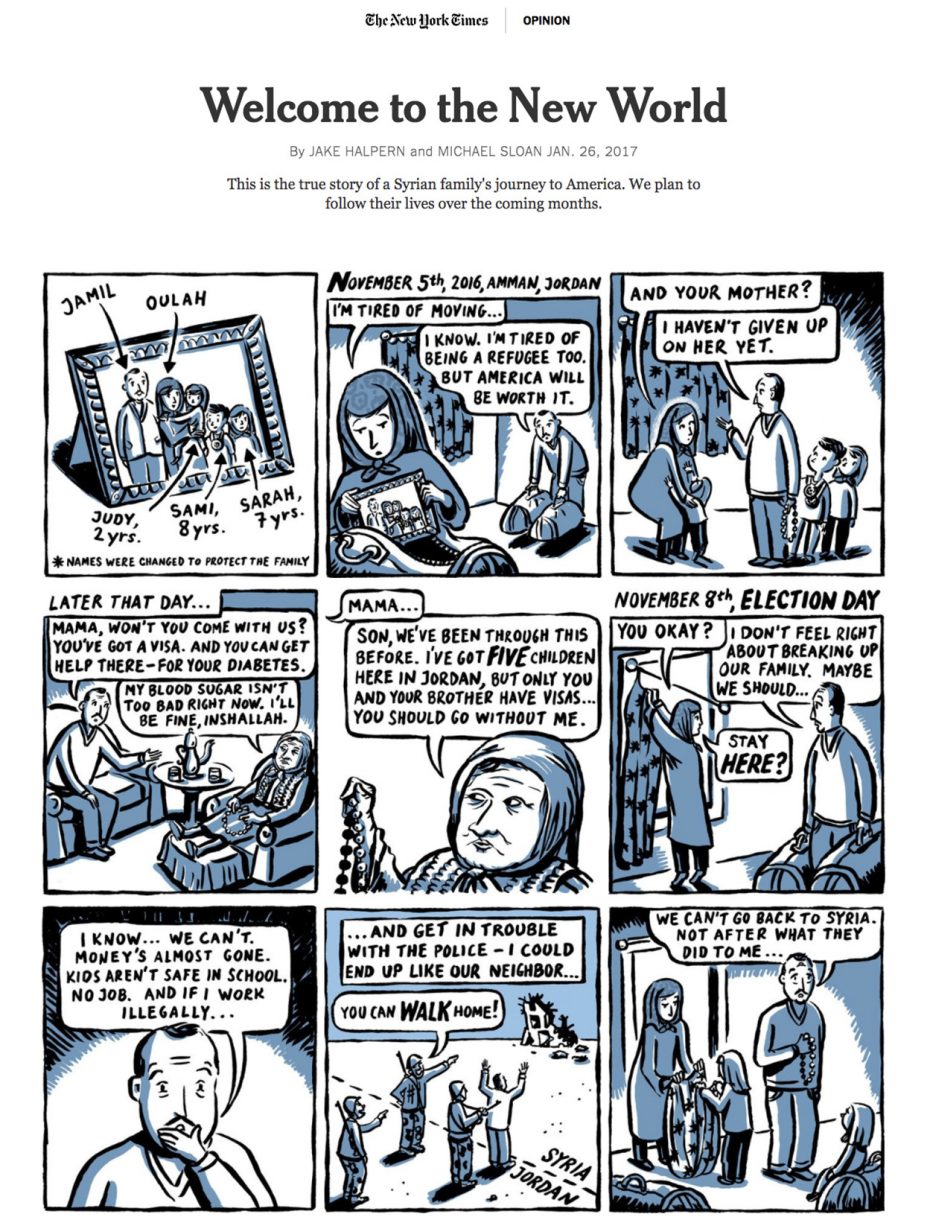 Jake Halpern, who graduated from City Honors, was president of the Student Council, headed the school's Model United Nations and was co-editor of the school newspaper, Silent Noise.

In 1992, he was a summer intern for Alabama civil rights attorney Morris Dees, founder of the Southern Poverty Law Center.

The year he graduated from City Honors, Jake Halpern was named the Buffalo area's Outstanding Young New Yorker in a Jaycees-sponsored competition. A panel of judges picked him after interviewing the finalists, reviewing their resumes and hearing them speak on the topic, "Dare to Dream That Racism and Violence Will Cease." Halpern discussed the assassinations of President John F. Kennedy, Sen. Robert F. Kennedy and the Rev. Dr. Martin Luther King Jr.

"It was society that killed King and the Kennedys," Halpern said in 1993, pointing to violence in motion pictures and intolerance in institutions. "It was when we allowed ourselves to become afraid of people who are different. There is a great deal that can be done – the way we conduct ourselves and the way we deal with others. It lies in us collectively."

Halpern is a graduate of Yale University.