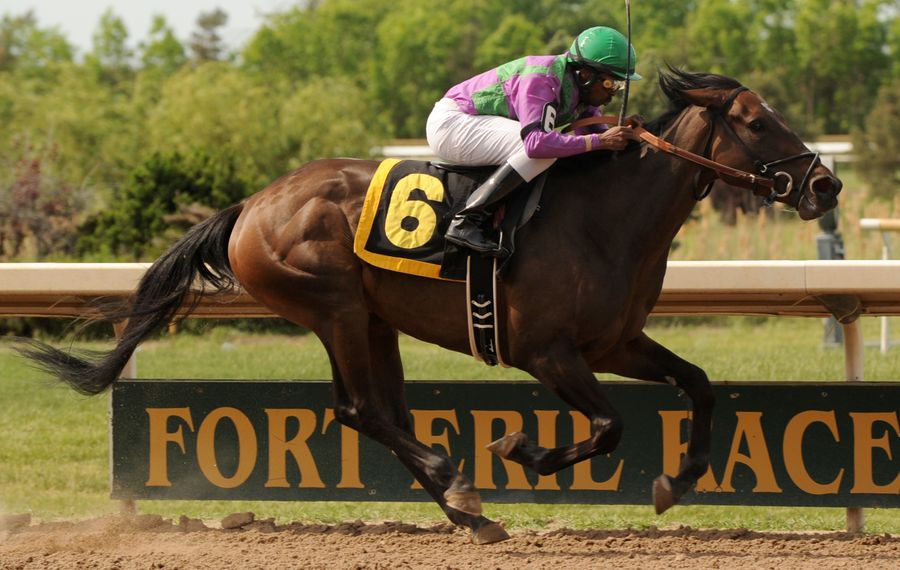 Nearly four years after buying it, the investor group led by Carl and William Paladino are offering to sell the Fort Erie Race Track and nearly all of the land around it after seeing no progress in their plans.

But they insist they're not abandoning their efforts across the border.

The Paladinos, owners of Ellicott Development Co. in Buffalo, have put 303 acres of land along Bertie Street across the border in Canada up for sale through a Colliers International broker, seeking as much as $16.12 million Canadian – $12.81 million in U.S. dollars – for the four large parcels.

Three of the four properties and about half of the total land is vacant, presenting a "prime investment and development" opportunity for potential buyers just two miles from Buffalo. But the fourth is the 144-acre historic racetrack site itself, with its mile-long sandy-soil main track and a seven-furlong inside turf course.

That also includes a 4,000-seat spectator facility, a 75,000-square-foot former slot-gaming area, a 160-seat slot-facility restaurant, a 250-seat bar and grill on the third floor and a 300-seat fourth-floor dining room. The racetrack itself is still leased to and run by the nonprofit Fort Erie Live Racing Commission (FELRC), and will start the summer racing season on May 29.

All of the land is zoned as "urban entertainment centre," allowing a wide variety of uses, and some of it fronts along the QEW highway between Fort Erie and Toronto. The sites and any potential future development are also now served by a new $22 million city water and sewer extension.

The goal of the listing is to prompt some discussions about potential opportunities and new plans, while also drumming up interest among possible buyers or partners in any future project, said William Paladino, Ellicott's CEO and Carl's son.

"We don't need to develop this whole thing ourselves. We're looking for other people who may have an interest in doing things," he said. "Everything up there just seems so negative lately, so we felt we had to do something to generate some buzz."

Jim Thibert, general manager of the Fort Erie Economic Development and Tourism Corp. and CEO of FELRC, could not be reached for comment.

The sale effort also comes amid election season in Ontario, as the Progressive Conservative Party led by Doug Ford vies to take control from the Liberal Party, led by provincial Premier Kathleen Wynne. Paladino said that "would be good" for Fort Erie.

Besides the Paladinos, the investor group – which never revealed how much it paid for the property – also includes Buffalo business partners Joseph Mosey and Joel Castle, as well as Fort Erie developer David Kompson.

The group bought the 338-acre struggling racetrack and surrounding land in August 2014 from Tshuva Group of Companies subsidiary Nordic Gaming Corp., an Israeli company that had long owned the property and had once threatened to close it. The track's viability was put at risk in 2012 when the Ontario government closed the slot machine casino.

The racetrack would continue to be operated separately from the new ownership, with continued provincial subsidies to fund the business. Meanwhile, the group planned to redevelop the land around the racetrack into a hospitality and tourism destination, to give the long-suffering operation a better chance to succeed in the long-run.

Plans for the $280 million project, unveiled later, called for at least two hotels, about 100,000-square-feet of retail space for restaurants and stores, a 300-unit apartment complex, an RV park, a multilevel parking ramp and additional office, industrial or warehouse space.

The investors were also counting on spinoff development activity and tourism in the area from construction two miles away on the Canadian Motor Speedway, a $389 million project to build a 65,000-seat NASCAR-level car racetrack. That was to be accompanied by additional concert and entertainment facilities, campgrounds, a park, commercial space, an industrial park and a research and development area. The 820-acre project was supposed to be finished in 2016.

Instead, that hasn't come to fruition as expected, and the Ontario government has been inconsistent in its support for the horse track, only last month announcing a new 19-year, $105 million funding plan. That's $5.53 million per year, down from the $7.9 million annual subsidy the track received since 2010.

But the developer insisted that they haven't "turned totally sour on the project."

"It's a lot of land. If we can find some people who want to do things with us, we're happy to look at that. If people want to do their own thing, we can sell pieces off," he said. But "by no means are we looking to bail out of the project or not participate."