A retired Wyoming County sheriff's deputy who is charged with murdering a neighbor in his driveway led a "double life" of manipulating troubled young men into sexual relationships that he feared would be exposed, prosecutors allege, according to court documents.

The Wyoming County District Attorney's Office, in court motions, revealed details about the case against Joseph S. Mlyniec, 60, who is accused of shooting to death Robert Irvine III, 32, March 7.

The court filings claim Mlyniec and Irvine had a prior sexual relationship and that Irvine was a potential witness in a sex abuse investigation involving Mlyniec and other men going back years.

"The investigation revealed from numerous witnesses that Joseph Mlyniec would lure troubled young men to his farm, then groom them for sexual favors, and in return provide them money, food or both," according to a filing from the Wyoming County District Attorney's Office obtained by The Buffalo News.

The documents were first published by the Batavia Daily News.

Friends, colleagues and family were not aware of Mlyniec's behavior, according to the documents, but Mlyniec in the days preceding the shooting may have worried his secret would get out.

District Attorney Donald O'Geen filed the motions on March 20 in Wyoming County Court in an effort to gain the court's permission to obtain a DNA sample from Mlyniec and to require Mlyniec to unlock his iPhone with his finger. County Court Judge Michael Mohun granted both of the district attorney's requests.

Mlyniec's attorney, Norman P. Effman, told The News on Friday that he doesn't object to having his client provide DNA, or access to his phone, but he is concerned about the allegations O'Geen included in the filing to support his requests.

"It simply makes it more difficult to ensure that that doesn't taint a potential jury," said Effman, an Attica-based attorney who has practiced law for nearly five decades. "We want to ensure a fair trial."

O'Geen responded in an email that he wants to make sure he acts transparently in the case, given Mlyniec worked in law enforcement and is an elected official.

"This information is healthy in easing those concerns," O'Geen said. "It should be noted that my office was opposed to the sealing of the documents while the defense not only wanted to seal this information but also close the public courtroom during the argument of the motion. Both of those motions were denied by the court." 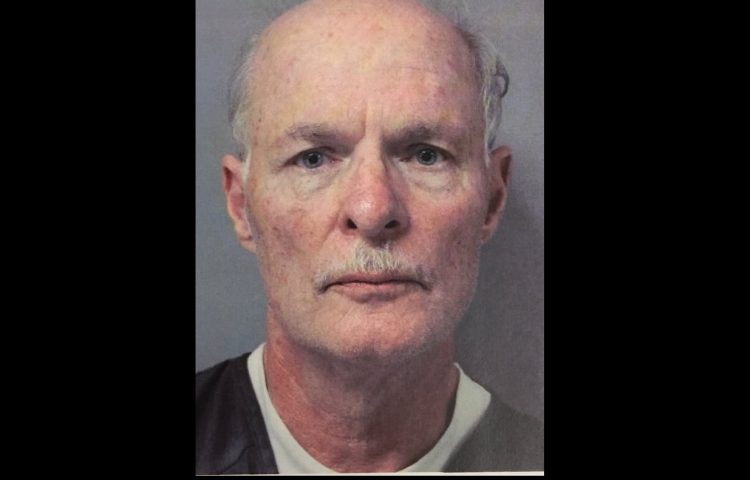 The filing from the District Attorney's Office offers the following details on the case:

It began when Mlyniec called 911 at 5:42 p.m. March 7 from his Perry home and the dispatcher recognized his voice.

Mlyniec then asked the dispatcher to send police to his home because he shot someone. The dispatcher asked if it was a break-in, and Mlyniec said no.

The dispatcher asked if the shooting victim was dead, and Mlyniec replied, "Yup, shot him in the head."

Deputies responded within six minutes and found Mlyniec kneeling in his driveway with his hands behind his head.

Mlyniec then told the deputies he had shot someone to death and the victim was a short distance away. Deputies confirmed the victim was dead and Mlyniec told them his gun was inside his home.

"Do you know what this is about?" Mlyniec told the deputies, according to the court papers published by the newspaper. "Someone accused me of sex abuse and turned me in, and he is a part of – whatever. I don't care anymore. My life is done."

Further investigation revealed Mlyniec had kept his "second life," as the court filing put it, secret until someone went to the State Police to accuse Mlyniec of rape.

Mlyniec at the end of 2017 was interviewed by State Police, the papers state. He learned someone had made the accusation but he was not told the name of his accuser.

State Police said Friday that the investigation began in October with a complaint of sexual abuse by Mlyniec that dated back to the period between 2003 and 2010.

Investigators interviewed Mlyniec as well as a number of other people who may have had information about the allegations, but they weren't able to corroborate the complaint, said Trooper James O'Callaghan, a State Police spokesman based in Batavia. No charges were ever brought and the complainant eventually recanted, O'Callaghan said.

However, the court documents say, "It was subsequent to this that the defendant's two worlds began to collide."

Prosecutors stated they believe Mlyniec made a number of phone calls in the days before the slaying, including to Irvine, and Irvine may have threatened to come forward as a witness in the alleged abuse investigation. The papers state Irvine relayed to two acquaintances, the night before Irvine died, that he had told Mlyniec to turn himself in or kill himself.

The court filing includes a statement from a mutual friend of Mlyniec's and Irvine's who said Mlyniec called him after the shooting to say, "I shot Robbie. I'm sorry." The witness replied, "You're joking, right?" and Mlyniec responded, "I'm sorry," and hung up.

Mlyniec was indicted Wednesday in Wyoming County Court on one count of second-degree murder and one count of intimidating a victim or witness with the intention, prosecutors said, of keeping the victim from reporting sexual abuse allegations.

The case involving a man respected in his community and who held public office stunned residents of the small town.

Mlyniec retired as a patrol sergeant in 2008 after a more than 20-year career, according to the Sheriff’s Office. He came back as a part-time deputy in 2009 and fully retired in 2013. Mlyniec started his second term on the Perry Town Board Jan. 1.

Effman, who serves part-time as the Wyoming County public defender, was retained by Mlyniec. Effman said he has known his client for decades.

He said he first met with Mlyniec in this case on March 7, the day of the shooting, and has had numerous conversations with him in the weeks since.

Effman said Mlyniec is trying to cope with a difficult and depressing situation.

"He was on close watch for the first couple of days, to ensure that he would not try to harm himself," Effman said. "I don't think you could say anything other than he shows the typical reactions of someone accused of something very serious, which is totally outside of his normal life up until right now."

Effman said the basic facts of what happened are "fairly obvious" and not in dispute.

"But it's the state of mind why it happened. Those are the factors that could very well dictate what a jury will determine as to level of culpability," Effman said. "It ain't a whodunit case, OK?"

Effman said he is required to notify the District Attorney's Office within 15 days of Mlyniec's arraignment if he intends to pursue a psychiatric defense.

Effman declined to comment on the specifics of the theories outlined in O'Geen's motion. He said he understands the public's interest in the case but said that has to be balanced against the defendant's right to a fair trial.

"What is disturbing to me, in representing a client in the most serious of cases, is that I don't understand the need to go through those details in that type of motion. Because it's not relevant to whether there's probable cause or reason for the court to order access to the phone. That's standard stuff," Effman said.

O'Geen, however, said if Effman is so concerned about undue publicity harming his client, he doesn't know why Effman spoke to reporters after Mlyniec's arraignment this week.

"The media publishes things about cases every single day and every single day juries are selected without any issues," O'Geen said in an email. "Each juror will be asked questions and then they are given a chance to make their own individual determination of whether they can be fair and impartial by deciding the case based upon the evidence that is presented in court."