A priest who taught students at two Buffalo-area Catholic high schools for more than a decade was suspended from any public ministry in 2014 after he was accused of sexually abusing a minor, The Buffalo News confirmed this week.

The Rev. Michael M. Lewandowski, now 71, was suspended after the allegation was made in May 2014, according to the Catholic Diocese of Altoona-Johnstown, Pa.

The Franciscan priest lived in the Buffalo area and taught at St. Francis High School in Hamburg and at Cardinal O'Hara High School in the Town of Tonawanda at various times from 1976 to 1991, according to directories published by the Catholic Diocese of Buffalo. While the complaint made against Lewandowski alleges that the misconduct occurred during the period of time when he was at the two Buffalo area high schools, Buffalo Diocese officials declined to say whether the alleged abuse took place in the Buffalo area.

"While it does appear that Fr. Lewandowski spent all of the 1980s here in WNY, I can not elaborate on any specifics as it relates to whether (or when) accusations were brought to our attention, and where any alleged activity would have occurred," diocese spokesman George Richert told The Buffalo News in an email. 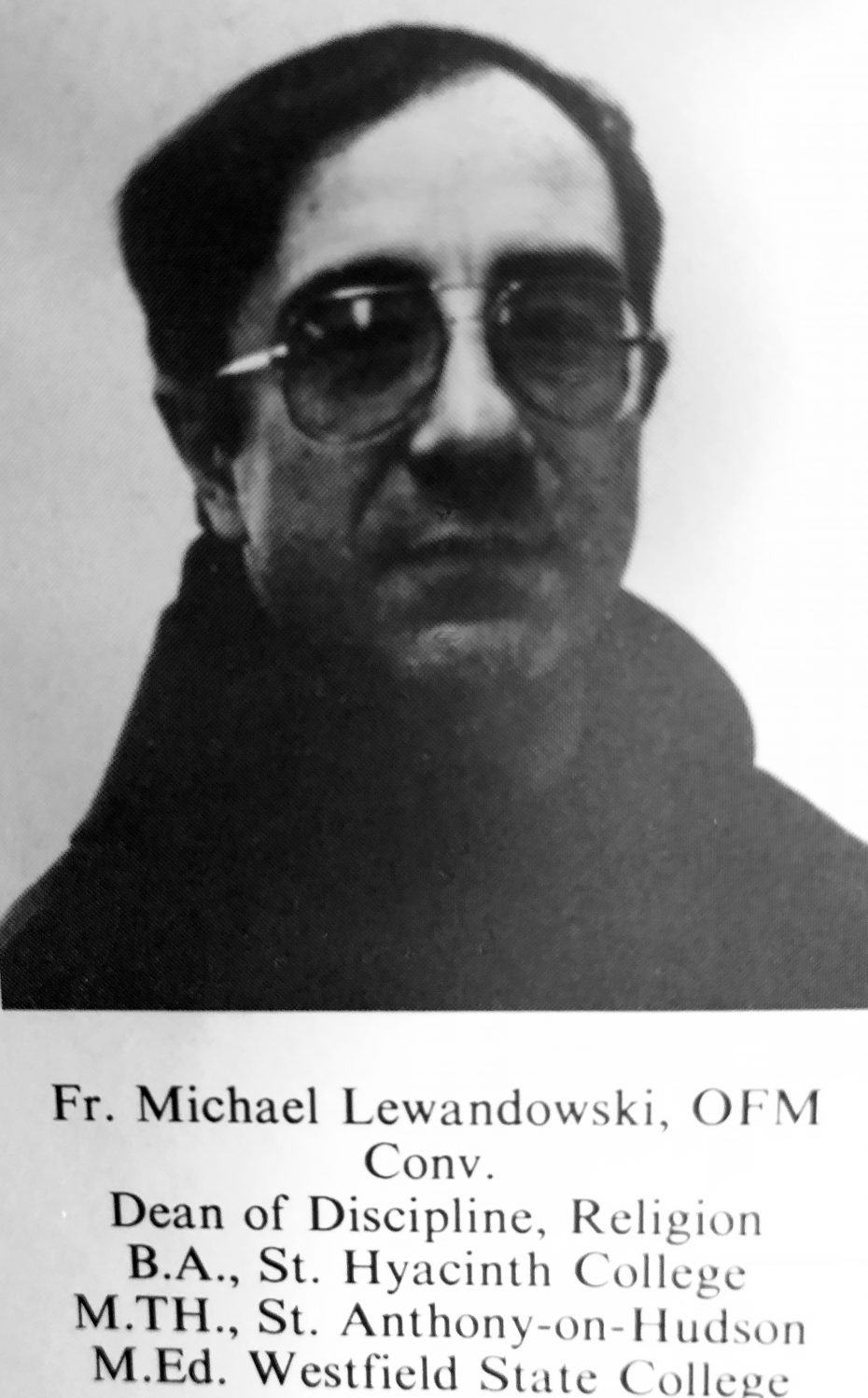 The Rev. Michael Sajda, president of St. Francis High School, said the alleged incident involving Lewandowski did not take place at St. Francis, but he declined to comment further.

Richert added that Lewandowski was not one of the diocese's priests, but was a friar who was assigned to Buffalo by the Order of Friars Conventual, headquartered in Maryland.

"The Diocese can only control whether an Order priest serves in this Diocese. The Order itself would deal with any ramifications that result from any allegations which are made against an order priest," Richert said.

The News was unable to determine the current status of Lewandowski. He was identified as "Father Michael Lewandowski, OFM Conv." in the caption under a photograph of Lewandowski talking with Pope Francis last October in Rome that was posted on the Order of Conventual Friars' website as of last week. The photo was later removed from the website.

Officials of the Order of Friars Conventual did not respond to four telephone messages and two email messages left by a News reporter on Thursday and Friday. The News also made unsuccessful attempts to reach Lewandowski, who is believed to be living in Maryland.

According to Buffalo Diocese records, Lewandowski taught at St. Francis from 1976 to 1982, then taught at Cardinal O'Hara from 1982 to 1989, and then returned to St. Francis until 1991. Lewandowski also served as athletic director at Cardinal O'Hara in the mid-1980s, was St. Francis' acting athletic director in the late 1980s, and coached sports teams at both schools, according to newspaper archives.

"The records of the Buffalo Diocese show that this priest was working in the Buffalo area during the entire 1980s, and the alleged incident with a minor occurred in the 1980s," said Terence McKiernan, president of the BishopAccountability.org website, which tracks cases of clergy abuse all over the United States. "Based on all available documentation, it would appear that the complaint arose from something that happened in the Buffalo area."

In May 2014, the Diocese of Altoona-Johnstown said it had been notified by Order of Friars Conventual that "Rev. Michael Lewandowski, OFM Conv., has been suspended from public ministry due to an allegation of sexual misconduct with a minor that occurred in the 1980s."

No further details about the complaint were made public, but the Altoona diocese said it was unaware of any other complaints of misconduct against Lewandowski. Records show that he also was assigned to two parishes in Chicopee, Mass., after leaving Buffalo in the early 1990s.

A former colleague of Lewandowski's from the same Franciscan order, Rev. Michael Kolodziej, who also worked at St. Francis and Cardinal O'Hara high schools, was removed from active ministry in 2013 by the Diocese of Springfield, Mass., because of an allegation of sexual abuse of a minor in Baltimore in the 1970s. Kolodziej served as the principal of Cardinal O'Hara from 1982 to 1988, and as assistant principal at St. Francis from 1979 to 1982.