In life, sooner or later, the gleam wears off anything new. Paul McCarthy Jr. knows the almost mystical feeling he is routinely experiencing whenever he drives onto Grand Island will not last forever. Each trip involves this strange and beautiful gut-level moment when many decades worth of now-it's-time-to-brake-for-the-state instincts go out the window.

However fleeting it may be, he has good reason to enjoy it while it lasts.

Every time it happens, he thinks about his father.

The Grand Island toll booths closed more than a week ago. While state work crews have started taking apart the metal barriers that have blocked or hampered traffic for generations, three empty toll booths in both directions remain in place, meaning traffic still has to slow down.

Yet the residual feeling for motorists – the sense that you need to either personally or electronically register with those toll booths – will linger in the air, like a reflex, at least for a while.

The state Thruway Authority is now charging tolls through electronic scanning, which means motorists pay by E-ZPass or by billing, based on a scan of license plates. Plenty of taxpayers bridle at that charge. They believe that removing the toll booths is only the first step, that the state should stop imposing any Grand Island toll at all.

Nate McMurray, the town supervisor whose video lobbying helped bring down the booths, has said the community at least deserves a more detailed breakdown on what the state does with the $23 million it collects at Grand Island.

Still, the removal of the tolls – a decision made by Gov. Andrew Cuomo after opponents accelerated a wily surge in civic lobbying, much of it on social media – is a monumental step unto itself. It is a tribute, really, to generations of frustrated Grand Islanders, who held rallies and brought in lawyers and generally kept dreaming they could somehow shift a seemingly intractable reality imposed by a state authority in Albany.

McCarthy, 61, still lives on the island. He has a particularly vivid memory of a classic moment in the long campaign. As a child, he rode along in a protest caravan, organized by civic leaders, that was designed to cause a temporary traffic jam at the toll booths. His father, Paul Sr., was among the ringleaders.

"He did not like the tolls," said the son, who remembers passionate conversations about the topic at the family dinner table.

The elder McCarthy, who died in 1999, was at different points a town councilman, a developer and a top official at Fantasy Island.  A Korean War veteran, he came to Grand Island after a Buffalo childhood – at one point, he managed the North Park Theatre – and he fell in love with the sense of beauty and solitude along the island's Niagara River shoreline. 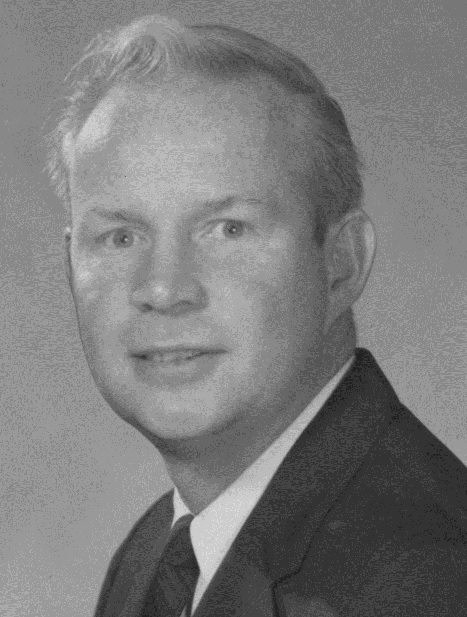 The son describes the father as a visionary. A half-century ago, the elder McCarthy was involved in the creation of greenways and bike paths on Grand Island. As a guy who revered being outdoors, he saw winter as an opportunity, a beautiful fact of life, rather than a hindrance.

He was also impressed by the width and spectacle of the twin sets of twin bridges. Once, when the son accompanied the father on a business trip, they stopped – as in stopping for a while – while McCarthy's dad examined the cost and strategy of a rainbow painting scheme on a bridge in Louisiana. He wondered if the same approach might be eye-catching on Grand Island.

The elder McCarthy always maintained the island had vast and untapped potential, an opportunity that he saw as stunted and diminished by the shortsighted design of local expressways.

"He just didn't believe anyone should need to pay to go home," said the son.

In the 1960s, McCarthy became chairman of the toll committee for the Grand Island Chamber of Commerce. The goal, according to a 1966 article in The Buffalo Evening News, was to have the tolls "lowered or removed." The chamber also wanted a special license plate to signify Grand Island residency, a replacement for the cumbersome ticket books that demanded waiting while a toll taker ripped out a ticket, according to Harlan Den Beste, a chamber officer of that era.

In September 1966, McCarthy and his fellow co-conspirators cooked up an idea. State officials, they felt, were basically ignoring them. So they decided to band together to make a point.

On a Saturday morning, about 40 vehicles assembled in the parking lot at Fantasy Island. The younger McCarthy recalls that his father ran a Ford dealership, so the son rode with his dad in style, in a Ford Falcon convertible.

At the time, the toll was a quarter. Motorist after motorist handed the toll takers $20 bills – at least one person brought a $100 bill – requiring the need for making extensive change. The mission was to essentially stop traffic for a while.

It did not work. The state had been tipped off. According to reports, employees had stacks of money – already divided into precise bundles, each one worth $19.75 – waiting as the caravan arrived.

"Toll takers doled out change," The News reported, "as if they had been given 50 cent pieces."

The McCarthys, at that time, were neighbors on the Island to Janet Webb, now 75, who spent 30 years as a toll taker and union steward at the toll booths at the north bridge. Webb, who worked an overnight shift for years, said the job could sometimes be wearisome. She remembers the relentless stink of gasoline, and many cold nights when an ancient heating system broke down in the booths.

She also suspects, in many ways, the toll takers will be missed.

"What we were," she said, "was an information booth."

She said the toll booths often served as the first point of contact for Canadian visitors, or for tourists coming from throughout the U.S. who would never take the time to pull off the road for information. She recalls constantly answering detailed questions from people needing directions around Buffalo or Niagara Falls.

Webb remembers motorists, in the days before E-ZPass, who would pay a double toll, and then ask – simply out of casual decency – if she would use the extra cash to cover a stranger's toll. Webb knew what to do. She would wait until people came along who were broke, or had forgotten any change, and she would hand them a receipt on which she had written:

The job had a direct impact on her life. Her daughter Sandra, also a toll taker for many years, met her eventual husband one night while working at a toll booth. Webb learned to will herself to change her mood. Every time she arrived at work, she said, she used "to take a plastic smile out of my pocket."

Motorists deserved courtesy and good humor, she said. If they were sad or angry or frustrated, she did her best to lift their spirits. 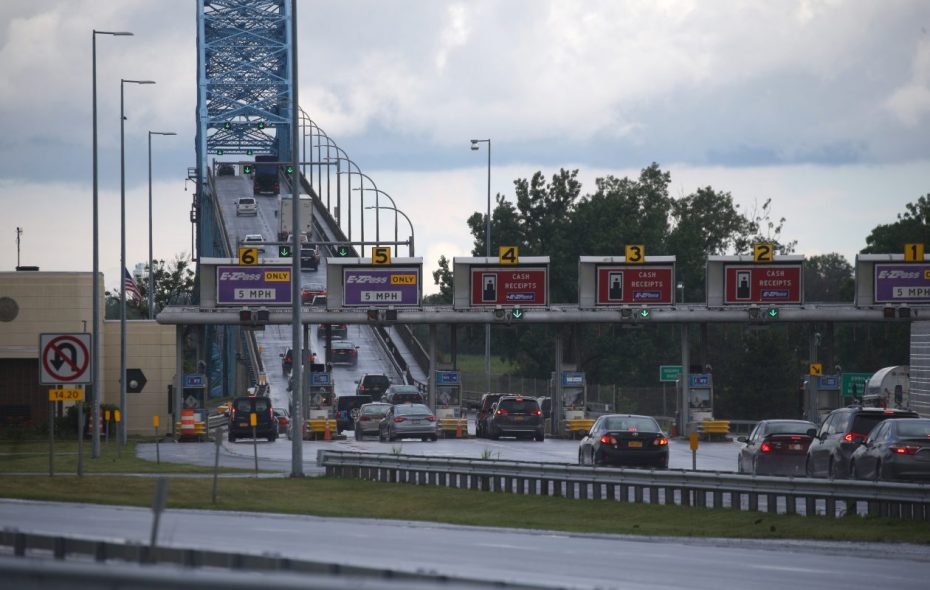 The Grand island toll booths: Soon, even the structures will be gone for good. (John Hickey/The Buffalo News)

She maintains pulling out the toll booths was "a political move," and the human interaction embodied by her colleagues will be missed.

The younger Paul McCarthy recalls Webb fondly, but he inherited the same position as his father: He is glad the booths are gone. While the toll for residents was eventually lowered to about 9 cents for every time they passed through, the son said the toll booths themselves were a choke point that hampered growth, a particular burden for Grand Island homeowners and merchants.

Like many of his neighbors, he is savoring the feeling as he drives past empty toll booths that will soon be a memory. Longtime residents Tom and Nancy Ryan, for instance, can remember waiting as long as 30 minutes to get home when traffic at the tolls backed up near Interstate 290. To just drive through "without impediment," as the younger McCarthy puts it, will feel unbelievably sweet.

He knows his father would be delighted to realize the booths are history, but he might also say there is one bridge left to cross.

"I think he would be very happy to see they've streamlined the process," said the son, "but his goal was always that Grand Island residents wouldn't need to pay at all."