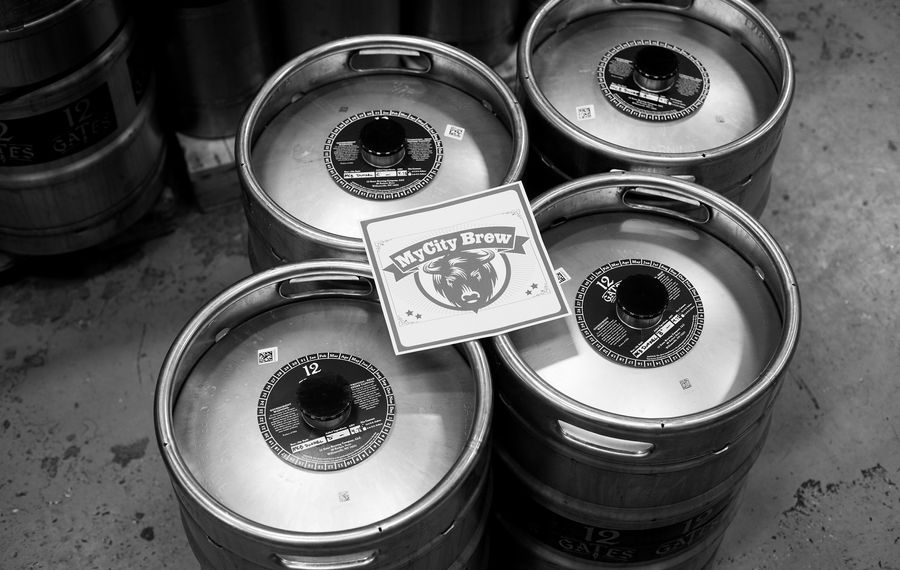 For a $20 donation at the door, attendees will enjoy live music by the Auslanders, a variety of German snacks, and two beer tokens. Flying Bison has brewed a special Dortmund-style lager bier for the event.

Flying Bison will also release its latest bottled batch of Juice Caboose, New England-style IPA (India pale ale) on April 5. The beer will be available at the brewery, as well as area beer retailers including all Buffalo-area Wegmans stores. Call 873-1557.

Pizza Plant (7770 Transit Road, East Amherst) will host Sour Power at noon April 15. The event will feature 15 different sour beers on tap, as well as a selection of bottles. Customers can purchase a bottle for half price with the purchase of a flight of five sour drafts. Call 632-0800.

Thin Man to release a play on Lay's

Thin Man Brewery (492 Elmwood Ave.) will release its Trial By Wombat in 16-ounce cans at 11 a.m. April 7. The 7 percent ABV (alcohol by volume) New England-style IPA is brewed with Australian Galaxy hops and flaked oats for a hazy appearance, and notes of peach, pineapple and orange. There is a one case limit per person.

The beer is a 4.5 percent ABV sour beer brewed with Pilsner malt and wheat, Mosaic hops and Greek yogurt for souring. Lemon peel, raspberry puree, blueberry puree and tart cherry concentrate were added for an abundance of fruit flavors. Call 743-6927.

Buffalo RiverWorks (359 Ganson St.) will present Thawfest 2018 from 6:30 to 9:30 pm April 7. General admission tickets are $39 (available at Thawfest.com), and include a commemorative tasting glass, live music by The Strictly Hip and samples from over 50 local breweries, distilleries and vineyards.

VIP tickets are available for $59, enabling attendees an extra hour of sampling (starting at 5:30 pm) as well as a special VIP area with finger foods. Call 342-2292.

MyCity Brew has brewed extra batches of the Byson Brown Dunkel dark session lager at 12 Gates Brewing Company (80 Earhart Drive, East Amherst). Flights of the four test batch variants will be available for $10 starting at 4 p.m. April 9 and will be on tap until the beer runs out. Call 906-6600.