I'd have been perfectly fine with Steven Spielberg's career if he'd never made another film after "Schindler's List." It's a devastating masterwork but that's not only why it would have made a great final film.

The ending of "Schindler's List"--in which the director broke the fourth wall and filmed himself and his family making a pilgrimage to Oskar Schindler's grave --would have been a tidally moving final gesture to a career that, by that time, had crowned him a king of pulp fantasy. In "Schindler," Spielberg--a representative of a very uncomfortable generation of American Jews--openly declared himself a Jew and proclaimed one of the things that meant.

He said, at the time, that he made the film for his mother.

When you come from a divorced family, as Spielberg does, parental equality is crucial. That's why, just a few years later, he said he made "Saving Private Ryan" for his father, so that his father's generation of American soldiers could watch a World War II movie without thinking it's all B.S. Spielberg's D-Day sequence in "Saving Private Ryan" is one of the most harrowing battle scenes in American movies. It's the whole point of the film, really.

I am, of course, grateful that Spielberg made it.

But I still think that everything after his World War II films comes from an almost-posthumous career. Almost all of them are good -a sampler of them is close to great ("A.I." from an idea of Kubrick's "War Horse" from the world of theater) and some have truly great sequences (his most visionary film, by far, is his remake of George Pal's "War of the Worlds").

But the dramatic arc of his career, from his classic TV film "Duel" to "E.T." to "Empire of the Sun" (a hidden masterpiece) to "Schindler's List" and "Saving Private Ryan" was over after the two World War II masterworks. His films afterward stopped being necessary, as great as his talent remained. He had become that wretched American commercial thing, a "brand." Wonderful for business but meaningless to art and immortality.

With the exceptions of the earliest films --"Amblin'" and "Duel"-- I've reviewed every Spielberg film. And I've sat at tables and participated when members of the press fired questions at him five times.

He is, under such circumstances, an enormously engaging and likable man. Unfortunately, he is one who is almost never pushed into truly interesting territory by journalistic interviews, especially not by those condemned to the communal chatter of a film press junket. 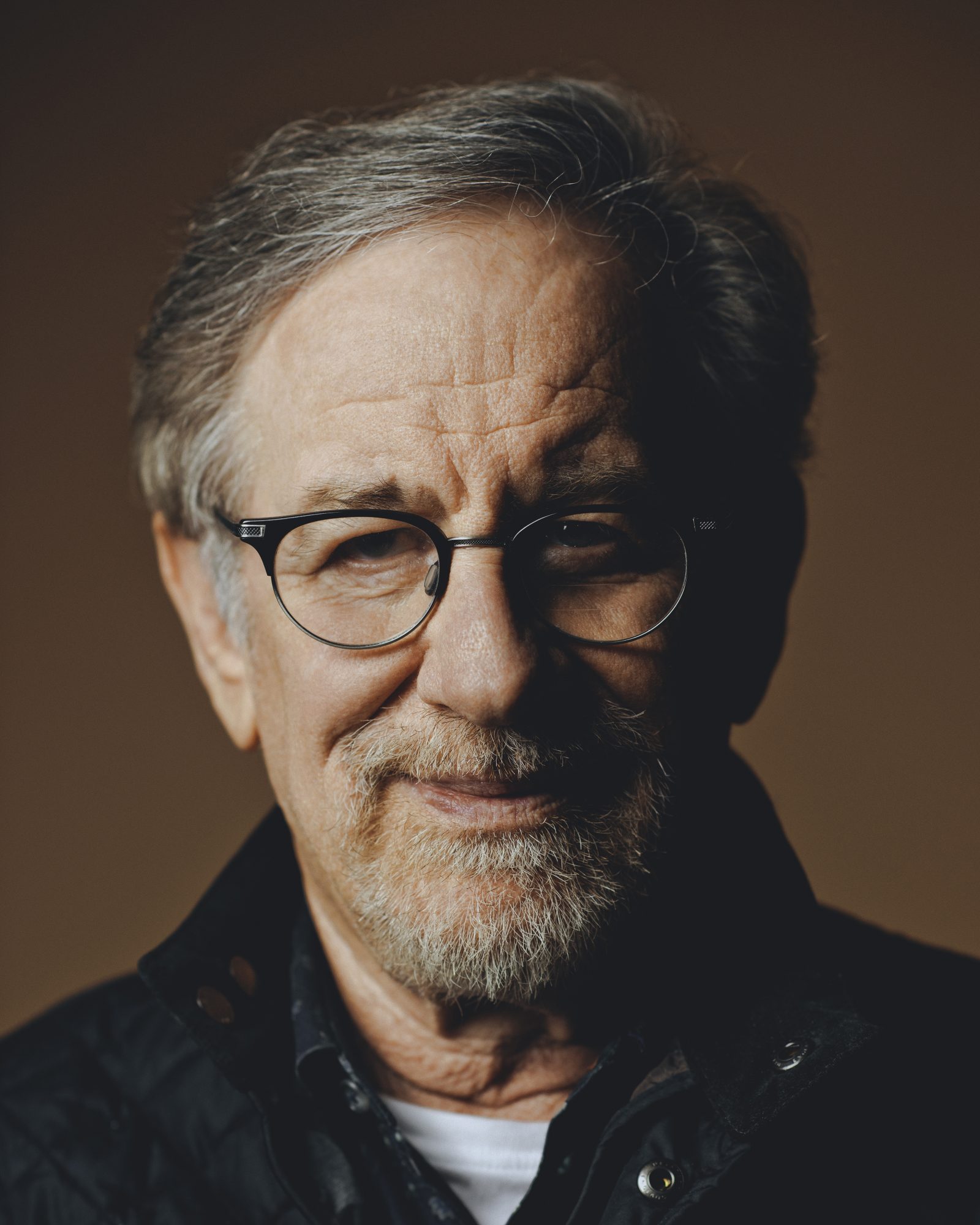 I have always looked forward to Spielberg films, whether we're talking about "The Post" or "BFG" or "The Adventures of TinTin" or the latest Indiana Jones update. I've never regretted seeing a single one--though "Catch Me If You Can" comes close.

Far too much palaver and writing has been about the film as an outgrowth of pop culture of the '80s. His career, like that of his friend and sometime partner George Lucas, exploded in the '70s. In the '80s, they ruled, in the parlance of that era. Lucas' CGI factory changed the way films were made; Spielberg's fantasies taught a whole generation something new about films and wonderment.

The '80s, though, were when they were acknowledged as the masters of everything they surveyed. And that, not the decade , is what matters in "Ready Player One."

He's gone back to the pop culture of his mastery decade to launch himself, finally, far into the 21st century, where digital technology has become so addictive that such institutions as television and politics and journalism are now bowing low before it.

In Spielberg's new film, we're in 2040, a future where a video game called Oasis is where people prefer to live--especially those like our hero, whose game Avatar is Parzival, even though he lives in Columbus in a ghetto development of stacked up house trailers called "the Stacks." I was one of those few critics at the time who merrily pointed out the similarities between "Close Encounters of the Third Kind" and Wagner's "Parsifal." I'm delighted that it's the hero's name in Spielberg's film of Ernest Cline's 2011 novel.

Spielberg is, in a movie, simulating how digital culture comes to us these days. We live in a perpetual cultural storm. "Ready Player One" gives us a towering American filmmaker showing us how to invent a fantasy for the cultural hurricane we all live in.

There are good guys (mostly young or very old) and bad guys (mostly middle-aged and corporate) and there's a spunky Spielbergian romance between two attractive young people who connect through their virtue.

The film cleaned up at the box office on its first weekend with $53 million at the North American box office ($181 million worldwide). Spielberg knew it would. In public pronouncements, he talked about it being a return to the kind of fantasy filmmaking that is his "brand," but hasn't been his practice in the age of "Lincoln" and "The Post." He talks easily about the things so much journalism now wants to hear--about box office, money, success on the level of "E. T." and "Jurassic Park."

But it seems to me a far more personal movie than that. Here, in our major 71-year-old filmmaker calling forth info-storms to simulate a 21st way to tell a story analogous to a digital world. And doing that to tell a kind of story his films have always told.

Few 21st century American films are as intertwined with the culture we live in as "Ready Player One."

I was ready for it from the first time I read about it. And now that I've seen it, I understand why his next film will go all the way back to "West Side Story" to re-think something as traditional as the American film musical.

"Ready Player One" is not a film that encourages a sequel. It, too, has a kind of retro-finality to its feel.

Then again, the "Oasis" may well turn into his new Jurassic Park.