The circle came around on Easter morning in San Antonio. The Rev. Mike Rozier, a Jesuit buddy of John Beilein's, presided over a sprawling family Mass in a hotel conference room. An army of relatives showed up, including the coach's wife, Kathleen, most of their kids and grandchildren, and maybe 60 others from the larger family.

On specific request, the priest made a point of offering prayers for Beilein's Aunt Jean and Aunt Lois, both in their 90s, back in Western New York, the cradle of it all. They underline the sheer force of will, well-known in Buffalo, that carried Beilein and his Michigan Wolverines into Monday's NCAA Men's Basketball championship game.

Jean and Lois are Nilands, the last close members of the family's World War II generation, the widows of two guys who were brothers to Beilein's late mother.

"That's where it all starts," said Beilein's brother Joe, 67, who runs a management consulting firm in St. Louis. "That's where John got that hate-to-lose gene."

The Beileins grew up in Burt, a Niagara County hamlet near Olcott. There were nine of them, the three sons and six daughters of Josephine and Art Beilein, a plant superintendent in Tonawanda. The boys –  Joe, John and Tom, who became Niagara County's sheriff – shared the same bedroom. 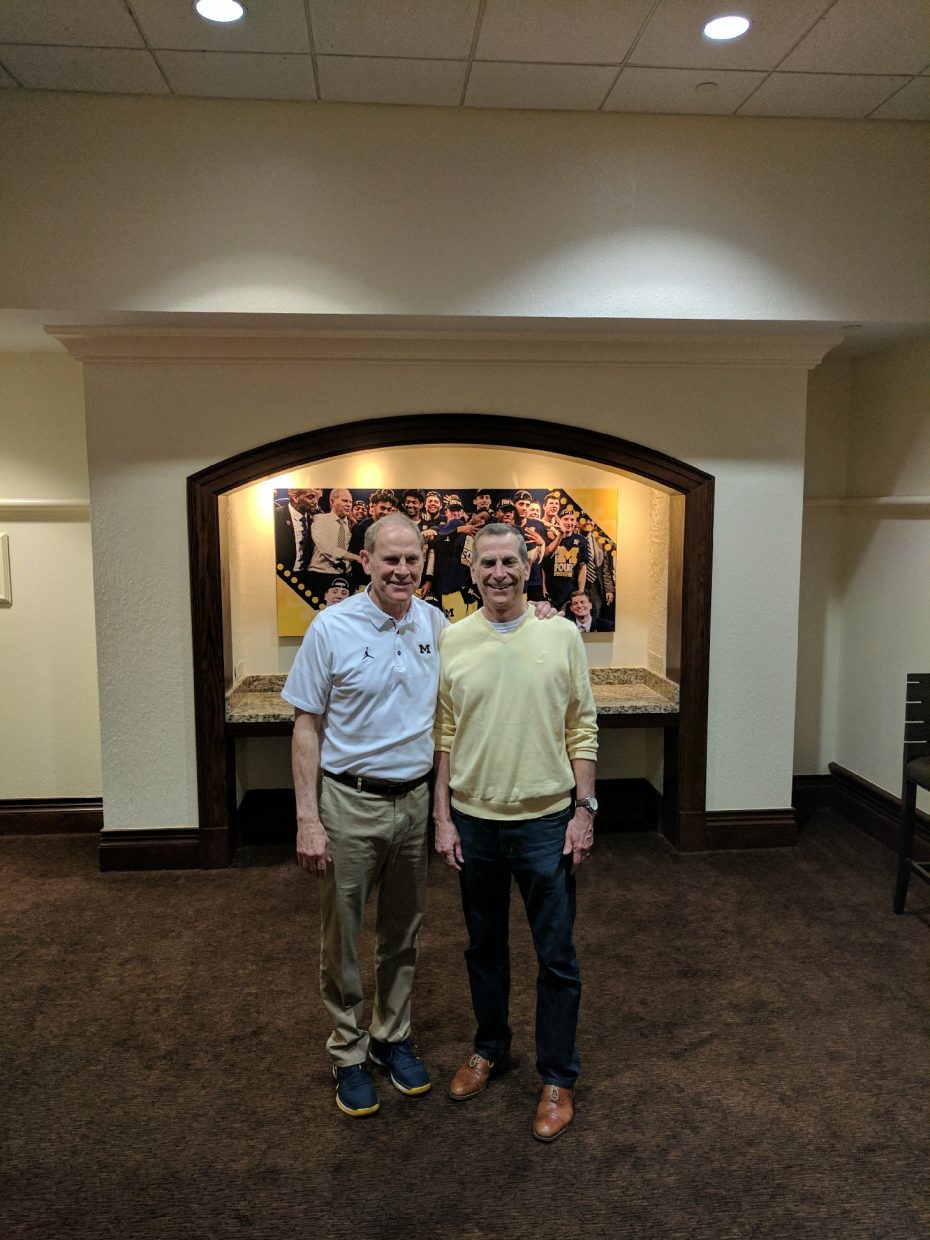 There was a poster of Rick Mount, the great Purdue All-American, spread across the ceiling. The brothers also loved Calvin Murphy, an electrifying guard in that era for Niagara University.

After baseball, which they played with passion in the spring and summer, basketball was a central part of their lives. Joe said the entire family spent an awful lot of time battling on a hoop and a 20-foot asphalt slab that Art – who died in 1992 – set up in the backyard.

Monday, Michigan faces a deeply talented Villanova team that is on a roll. Michigan's chances might come down to the bruising lessons of hate-to-lose learned on that slab, where Joe said brothers and sisters and neighborhood kids – sometimes joined by Josephine herself – went at it, without mercy, until their teams lost and they waited in the grass to play again.

"I think the bloodiest games were the ones when it was just John and me," Joe said of his brother, younger by 15 months.

[Jerry Sullivan: Now it gets tough for Michigan's (and WNY's) John Beilein]

Their father was an easygoing guy, Joe said. Their mother, when it came to sports, was fearless and combative. It was only as the children grew up, as they began to hear snippets of stories, that they learned the full nature of how that ferocity was forged.

Josephine and her 12 siblings were raised during the Great Depression on Adams Street in Tonawanda. John Beilein's grandfather, Tom Niland Sr., worked in a steel mill with his brother Mike, whose family lived a block or two away. All the cousins were playmates, as close as brothers and sisters, which made the events of World War II especially searing.

Two of Mike's boys, Bobby and Preston – better known as Pete – died in 1944, during the Normandy invasion. A third cousin, Edward, was shot down in Burma and imprisoned by the Japanese. Fearing the loss of yet another Niland, the Army called for a fourth son, Fritz, to be removed from the front lines in Europe.

That story was one of the inspirations for the film "Saving Private Ryan." Tommy Niland Jr., Josephine's brother, was an American soldier who saw his cousins in England shortly before they died, then was part of the invasion into France. Tommy had been a basketball standout, but his right arm was torn up by shrapnel while he served in Europe, with the 101st Airborne.

Upon his return home, he almost immediately had to cope with the death of his brother Bill, killed in a steel plant accident, the passing of a guy whose father often said he was the finest Niland athlete of all. Tommy, conscious of the heartbreak all around him, never lost his simple gratitude for the chance of doing what he loved. He returned from the war to lead his Canisius College team by teaching himself to play left-handed, and then went on to become a coach and athletic director at Le Moyne College in Syracuse.

Long after his own coaching days were over, Tommy and his brother, Joe – a longtime Canisius coach – journeyed to Normandy to stand before the graves of Bob and Pete.

On a sunny day, breeze moving through the trees, they took off their caps and made the sign of the cross.

"None of them talked about it as we were growing up," Joe said. "Somehow it was implicit. But I think we understood how much these people sacrificed."

Beyond the role of their own father, Joe doubts anyone affected his brother John Beilein quite like Tommy. When he was at Le Moyne, Tommy hired him to coach a program he had built in his own gritty coaching image.

The tough, old veteran ignored doubts from skeptics about the wisdom of hiring his nephew, who joined Le Moyne after coaching on an intercollegiate level at Erie Community College in Buffalo, then at Nazareth in Rochester. At Beilein's first news conference, Joe recalls, his uncle listened quietly as Beilein spoke of patience, saying it was time to work "from the bottom up," saying he might need a while to build a winner at Le Moyne.

Tommy said nothing, seemingly tranquil, until they were behind closed doors.

"Patience and building are great," Tommy said, "but I brought you here to win." 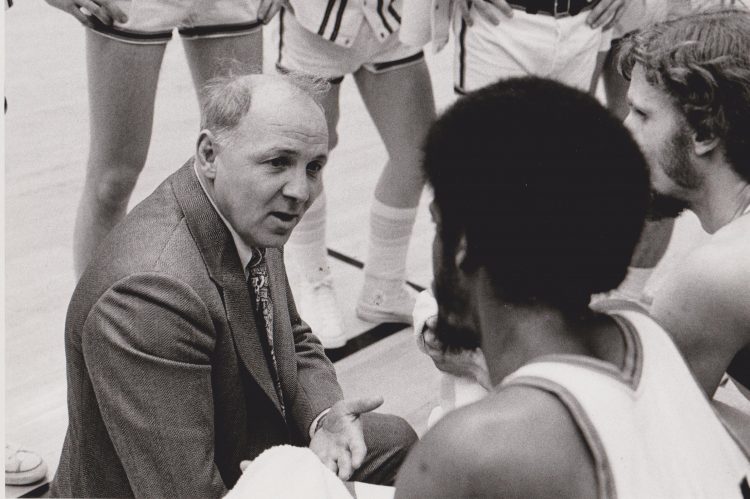 So John Beilein did. He won at Le Moyne and at Canisius and at Richmond and at West Virginia and finally at Michigan, where his team is going to the national championship game for the second time in five years.

The extended family, as you might imagine, is thrilled. Patrick Beilein, a son who is now coaching Le Moyne, is father of a new baby, and was expected to arrive tonight. Dozens more of the Beileins and Nilands are gathered in Texas, including Beilein's sister, Molly Maigret of Lockport, a Michigan season ticket holder who routinely drives to Ann Arbor to watch her brother coach.

Saturday, as he clenched his fists in the Alamodome when Michigan pulled out the semifinal win against Loyola, Joe Beilein allowed himself to think for a moment of their childhood, of the days when the boys played Little League in Olcott, when they rode bicycles with baseball gloves dangling from the handlebars.

More than a half-century later, John Beilein was coaching in a dome holding thousands upon thousands of people, and it suddenly hit Joe, and hard: "Oh my God, the whole world is watching my brother do his job."

For an instant the magnitude swept across Joe, who once slept in a bunk bed beneath the guy at center stage, until he remembered how John Beilein said he keeps it in perspective.

Eyes on the court, he pushes away everything else and tries to do his job.

That is the Niland in him. His mother used to wander the basement and listen on the radio when Beilein coached at Canisius, Joe recalls, fuming about the referees. His uncles Tom and Joe and Mike Niland were all coaches, guys who moved through the world with an intensity that almost bubbled from them on the bench. 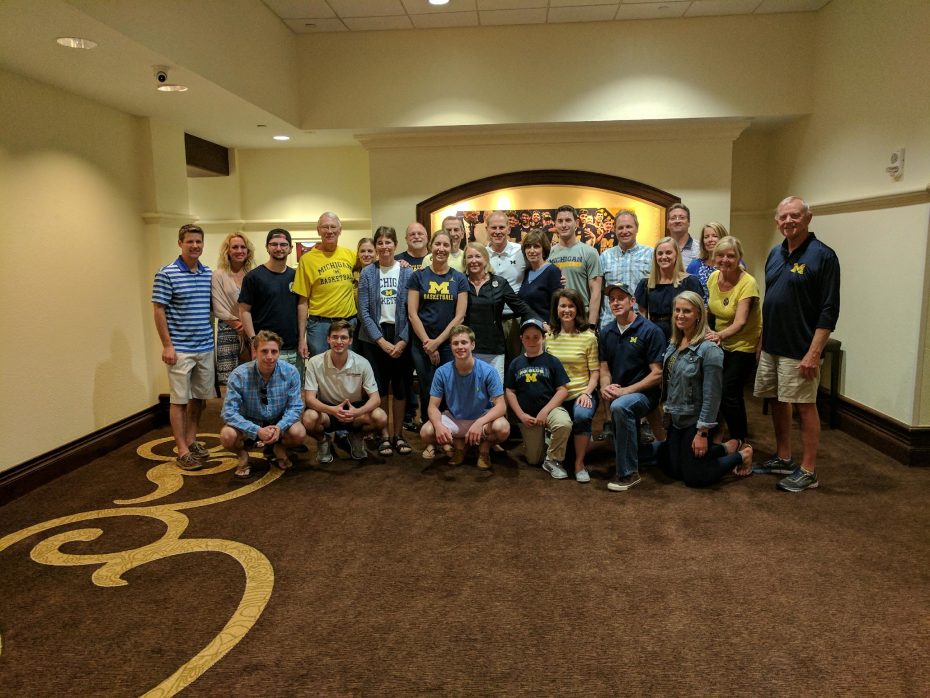 That same furnace, Joe said, is evident in his brother. He remembers, when he was a sophomore at Newfane High School, coming home one night to dinner. His sister Molly told him that Beilein – then an eighth-grader who later played his high school ball at DeSales, in Lockport– had scored 32 points that day in a junior high game.

Beilein was practicing on the slab in the chilly dusk, and Joe went outside to take him down a peg or two. His younger brother promptly announced that since his right hand was at a point where it needed no more practice, the only way he could improve was by forcing himself to play, for a while, entirely with his left.

Joe laughed, and challenged the kid to one-on-one. John kept his word. He played that night only with his left hand, a form of unconscious homage to the uncle forced to do the same thing after the war. While Joe remembers that he barely managed to win a rough and physical game, he also recalls how impressed he was by his brother's discipline, by his belief in the idea of always "digging down to find the stuff" that makes you better.

John Beilein brought that ethic with him to Le Moyne, where his Uncle Tommy told him every great coach has one simple mission:

You take what you have, and figure out a way to win.

Joe Beilein knows his uncles, veteran coaches, would be proud of his brother, intensely aware of just how much it takes a team to get to this game, even as they shared the same expectation as his mother.

Eyes on the court, do this like a Niland.

Jerry Sullivan: Now it gets tough for Michigan's (and WNY's) John Beilein