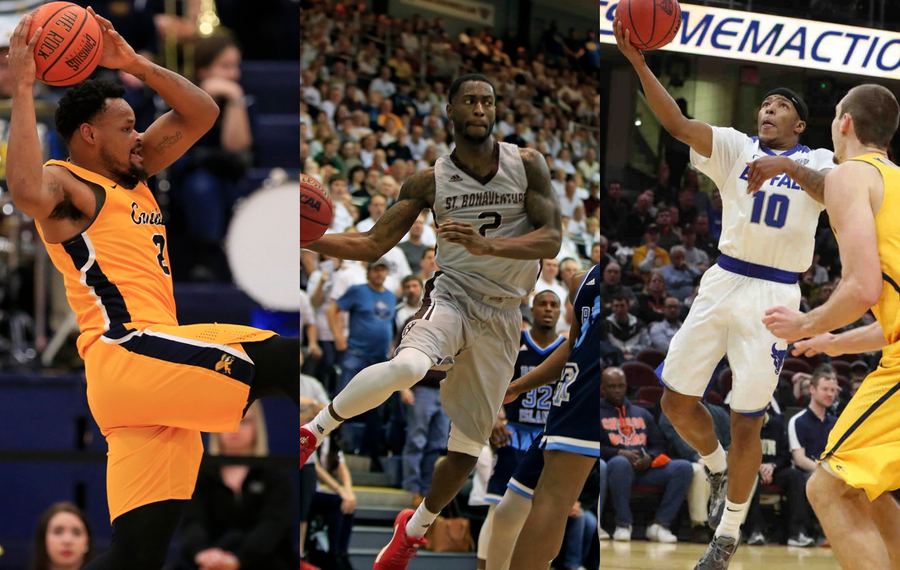 In the opening day of the 3X3U Tournament in San Antonio, the players from the Metro Atlantic Athletic Conference went 1-1.

So they get a pay day.

Jermaine Crumpton from Canisius hit the winning free throw for the MAAC in their 21-17 win over the Summit League. They lost in their second pool-play game, 21-18, to Northeast.

The inaugural event features 32 teams of graduating college seniors playing in a three-on-three tournament with the first team to 21 earning the win. Each team, which has four players, earns $1,000 for each pool play win.

The #3X3U Team from the @MAACSports Conference just took down the Summit League and made it 🌧 after their win! #3X3U pic.twitter.com/6eBTYo7EXC

St. Bonaventure's Matt Mobley was playing for the Atlantic 10 and University at Buffalo's Wes Clark for the Mid-American Conference. Their opening games were late Friday night into early Saturday morning.

Pool play continues on Saturday with the championship bracket on Sunday.