Tucked away down a sheltered offshoot of Route 5 near Woodlawn Beach, Dos Amigos on The Lake has recently renovated and re-opened its doors with upscale menu offerings more akin to that of its popular sister restaurant Lucia’s on the Lake.

With plans for a big summer on the shores of Lake Erie, the former Mexican-American restaurant has all but abandoned its Mexican dishes and instead opted to focus on seafood and gastropub classics with subtle Mexican touches to draw the crowds to their beautiful beachfront patio. 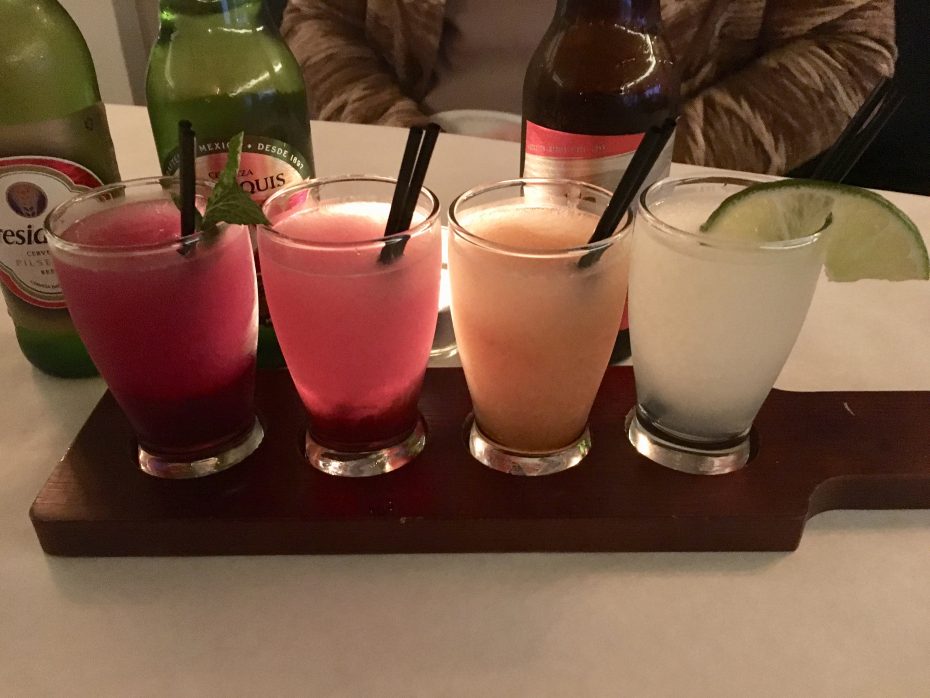 Though the food has changed, the libations are still Mexican inspired for day-drinking fun in the sun. The frozen margarita flight ($18) left to right is a small sampling of the the prickly pear, pomegranate, peach, and classic lime varieties. (Phil Wagner/Special to The News)

Covering nearly every Mexican beer known to man, a slew of tequilas and an expansive margarita selection, the menu at Dos Amigos may have gone continental, but the drinks are still sunbather-centric and have stayed south-of-the-border.

The frozen margarita flight ($18) comes with a small portion of the prickly pear, pomegranate, peach, and classic lime margaritas; pomegranate was the favorite because of its sharper bite, with prickly pear coming off a little floral. 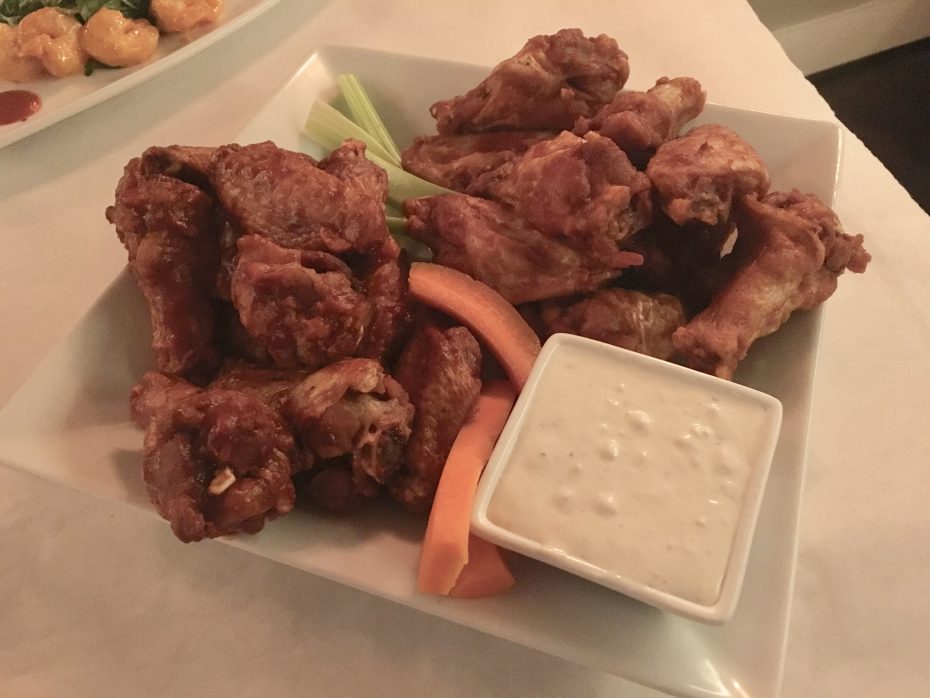 A single order ($12) of wings split half & half between the MexiCali Fire and smoked cherry BBQ sauces. (Phil Wagner/Special to The News)

In an appeal to the masses, Dos Amigos now serves our city’s staple wings in a variety of both traditional and exotic sauces. I never pass up a new wing opportunity, so pictured here is a single order ($12) split half and half between their MexiCali Fire and smoked cherry BBQ sauces.

The MexiCali Fire, spiked with scorpion peppers, would be an “extra hot” on most menus, though it didn’t pack much flavor with its punch. The smoked cherry BBQ also under-delivered on an enticing title. A great crunch and a juicy wing, but I’d shoot for another sauce. 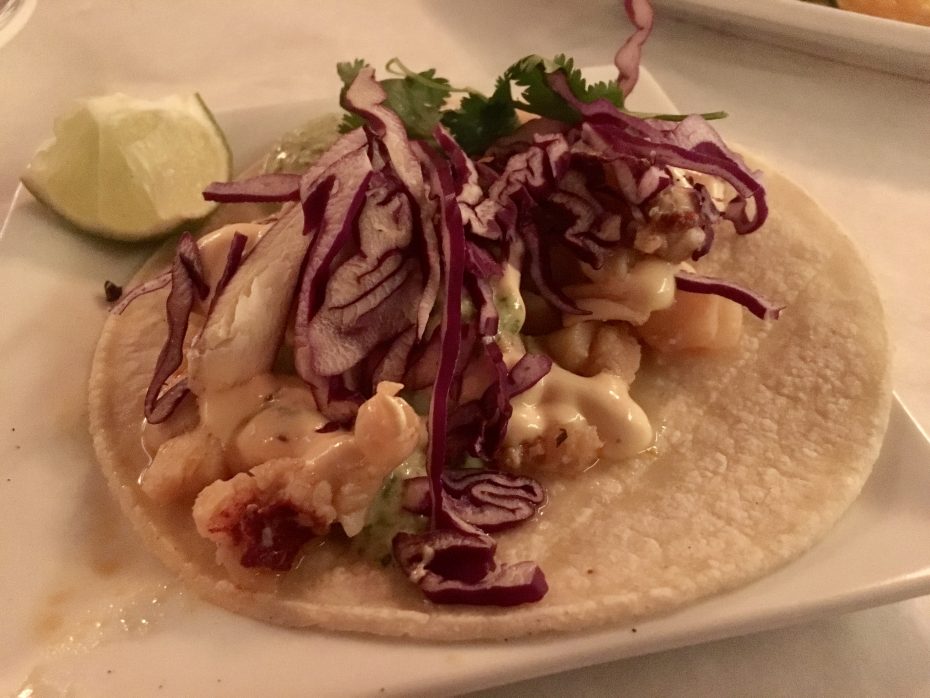 The lobster taco ($6) is packed with butter-poached Maine lobster and subtle Mexican flavors. A must-order from Dos Amigos. (Phil Wagner/Special to The News)

A perfect pairing of the old with the new, the lobster taco ($6) builds an elegant dish on Dos Amigo’s Mexican roots. The taco is packed with butter-poached Maine lobster nestled atop a smoked corn puree in a corn tortilla (or flour by your choosing). It's drizzled with chipotle crema and cilantro green onion sauce. Though I wished for the hand-made tortilla they’d once served, at $6 it’s an incredible value. 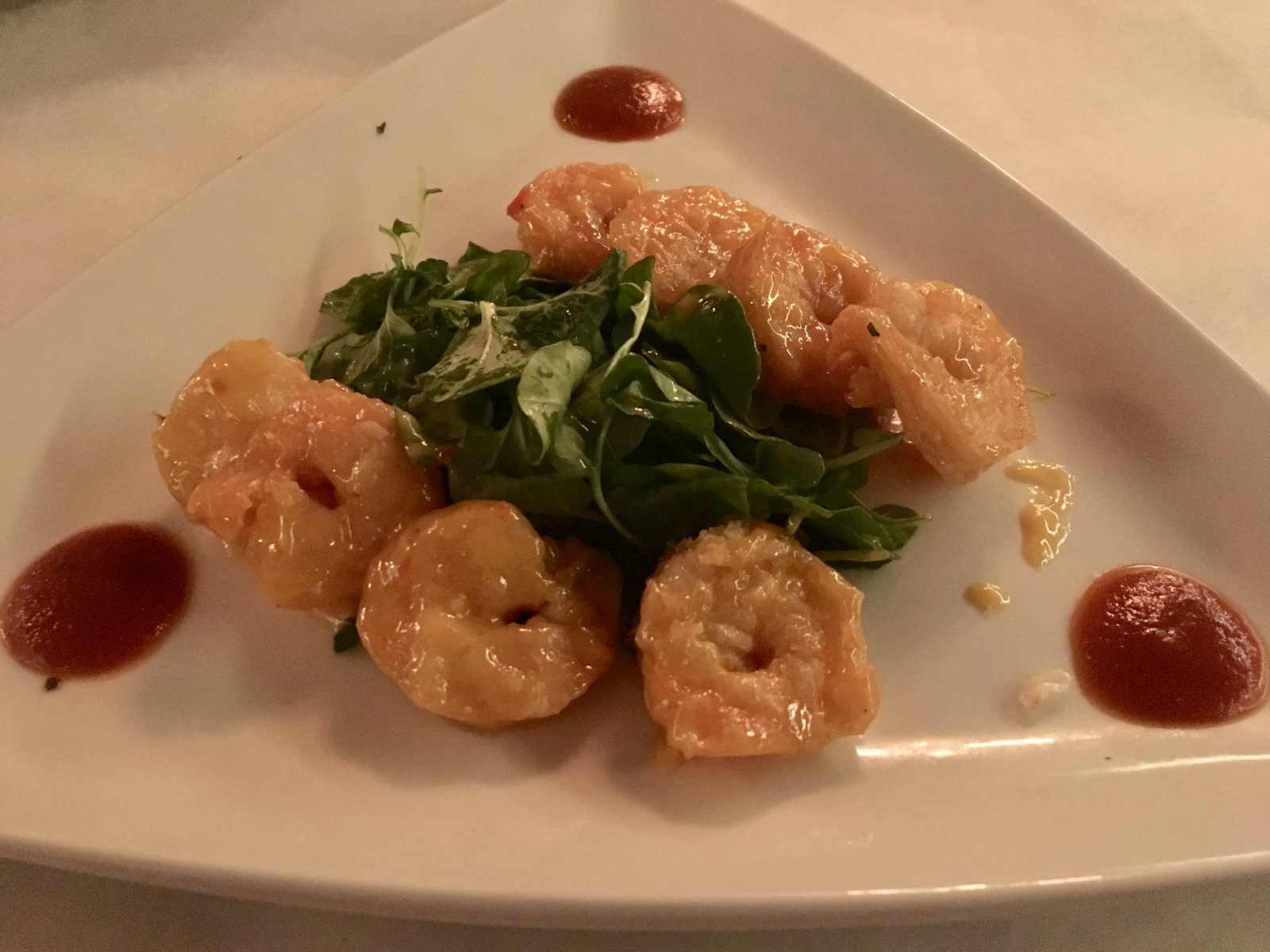 An order of eight bang bang shrimp. Fried crispy and coated in a sticky sweet & sour sauce, they're deliciously poppable but under-deliver on value at $17. (Phil Wagner/Special to The News)

Lacking value were the bang bang shrimp, coming eight to an order for $17 (or 16 for $33). It’s a tasty deep-fried snack with a sticky sweet & sour coating, but it’s undersized and underwhelming in the shadow of the $6 lobster taco.

Though it could have done with some seasoning, the crispy coating was airy and stuck well to a gigantic, moist and flaky fillet. 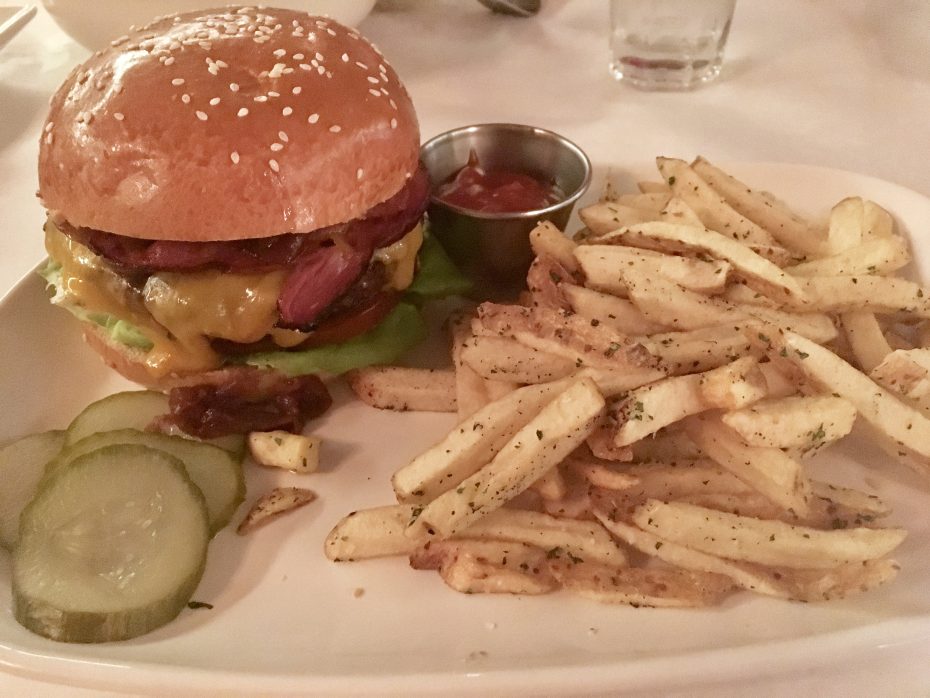 The Uno Burger is a great addition to round out Dos Amigos' new gastropub options. (Phil Wagner/Special to The News)

The Uno Burger ($13) is another new gastropub infusion on Dos Amigos' menu, topped with sharp cheddar cheese, red onion marmalade, heirloom tomato, Bibb lettuce and cottage bacon on a sesame seed bun. Served with fresh cut fries and house pickles, it’s a good burger that’ll scratch the itch, but came out a little dry and could have used crunch despite the Bibb lettuce.

Come summertime, when the patio and outdoor raw bar open, Dos Amigos should blossom more fully into the redefined classed-up beachfront hotspot it’s striving to become. Until the thaw, they’ve got winners like the lobster taco and the fish fry to keep interested diners satisfied, but I’ll wait for some sunshine to make my return trip.

*Read more Starters by The News by clicking on the tag at the bottom of the page. 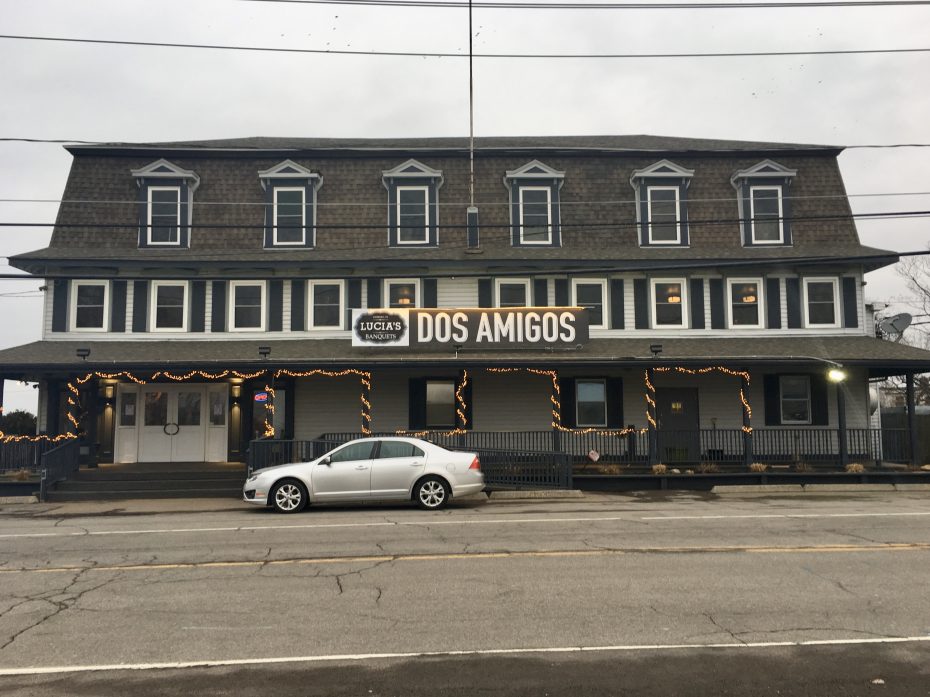 Dos Amigos in Blasdell on the shore of Lake Erie near Woodlawn Beach has a huge space the incoming summer crowds. (Phil Wagner/Special to The News)