The Buffalo & Erie County Naval & Military Park is planning a renovation and expansion to spruce up its offerings and create new programming space so it can meet growing interest in veterans and military history.

The nonprofit organization is preparing to undertake a three-stage project to upgrade its facilities.

The Naval Park is also expanding its staff with two new positions funded by grants. It's preparing to add an African-American veterans monument. And, it's also making repairs to two of the three decommissioned U.S. Navy vessels and introducing new exhibits.

"We've got great plans for what we want to do," said Paul J. Marzello Sr., director of development and special projects for the park, speaking Wednesday to the Buffalo Place Board of Directors. "We want to take that message about what the Naval Park is all about, and our mission to honor veterans and to promote and inspire and educate the public about the sacrifices that our veterans make."

The projects mark a major investment in the park and museum, which is anchored by the three ships – the USS Little Rock, the USS The Sullivans and the submarine USS Croaker – as well as various monuments, memorials, aircraft, weapons and other exhibits.

The museum attracts about 100,000 paid visitors every year, Marzello said. The number of visitors strolling through the outdoor area is much larger.

The park already has a full calendar of events for the year, hosts weekly sleepovers for children ages 8 to 18, and promotes its activities with various organizations, including the Maritime Charter School. Marzello said there are also ongoing discussions about partnering with Fort Erie and Fort Niagara to create a "military trail" with a single ticket to encourage people to make a full-day or two-day excursion under a military or patriotic theme.

"Part of our mission and strategic plan is to create a world-class attraction, so that's been our goal," he said. 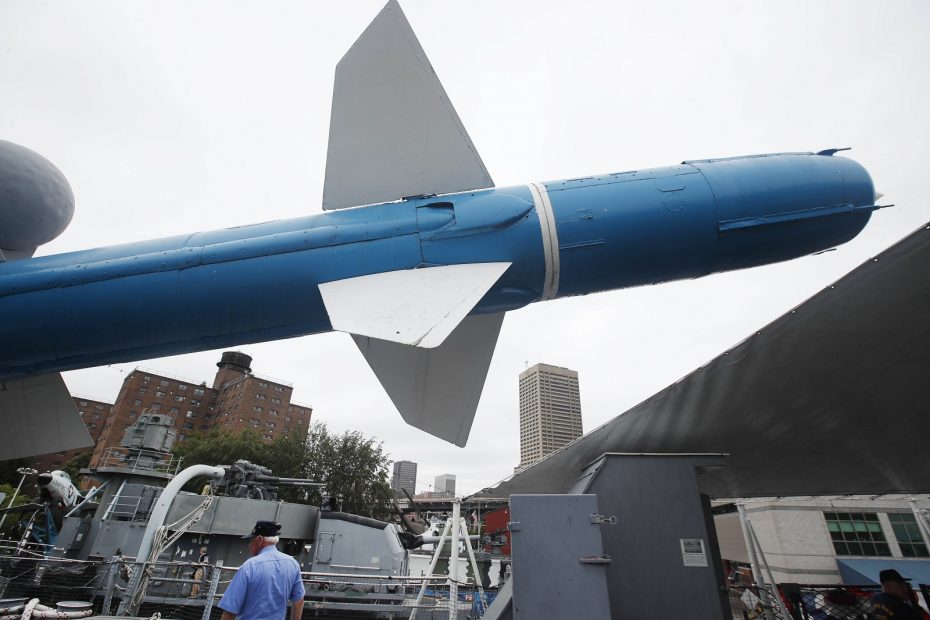 The Naval Park has developed a master site plan that calls for converting the red corrugated steel shed or barn into a fully enclosed building with new floors, walls, and ceilings, as well as the heat, water, insulation and electrical utilities that it currently lacks, Marzello said. That will allow the two-story-high open space to be used as a greeting center for the naval park and a place for formal events without having to bring in temporary heaters.

Construction on the $1.1 million first phase is expected to begin with a groundbreaking ceremony in October, followed by about 18 months of work. The park already received a $250,000 state grant for the project.

Then, the $2 million second phase calls for moving the gift shop and admissions from the Liberty Hound building into the new 3,500-square-foot facility. That 12-month project could free up more first-floor space for the restaurant to expand. That project also received a $500,000 state grant.

The second floor could also be opened up for a banquet facility or "some combination of retail and restaurant" if the naval park also moves out of that space, Marzello said. "It's open for discussion right now," he said. "We're in the planning stages."

During the third phase, officials want to relocate the PT boat from its current site just outside the red barn building and then construct a three- or four-story L-shaped facility that would wrap around the barn, with glass windows so visitors can view the naval ships. Final plans are not yet complete, but Marzello said it could add 15,000 to 20,000 square feet of new space for displays or rental.

The plan requires city approval. Park officials hired Flynn Battaglia as the project architect and will put the work out for bid in late May.

Meanwhile, the committee behind the proposed African-American veterans monument is moving ahead with its own project, which envisions a matrix of 12 black concrete pillars, standing 10 feet tall and three feet wide, to commemorate participation in 12 military conflicts. It's slated to be located on a stretch of land from the Rotary flagpole north to Erie Basin Marina.

"That will be an exciting new addition to the Naval Park," Marzello said. "It's the first time in the country there will be one monument paying tribute to all the African-Americans in all their contributions in all the wars, which is quite an amazing feat."

Marzello said the committee has already raised about $500,000 and is targeting a September or October groundbreaking.

"That's a good sign," he said. "Things are moving in the right direction. It's not just talk."

Additionally, he said, the park received a $375,000 state grant to replace the wood decking on the Little Rock, which was original, but "it was all broken up and it was quite a hazard to visitors."

The Community Foundation of Greater Buffalo is considering a $40,000 grant to pay for a hull survey on The Sullivans. The smaller of the two surface ships, The Sullivans is considered "a tin can" because of its thin metal hull, which has several holes after years of decay, Marzello said. He said the survey, which will be completed by July, would indicate how large and deep the holes are and whether the ship needs to be taken away for repair or fixed onsite. 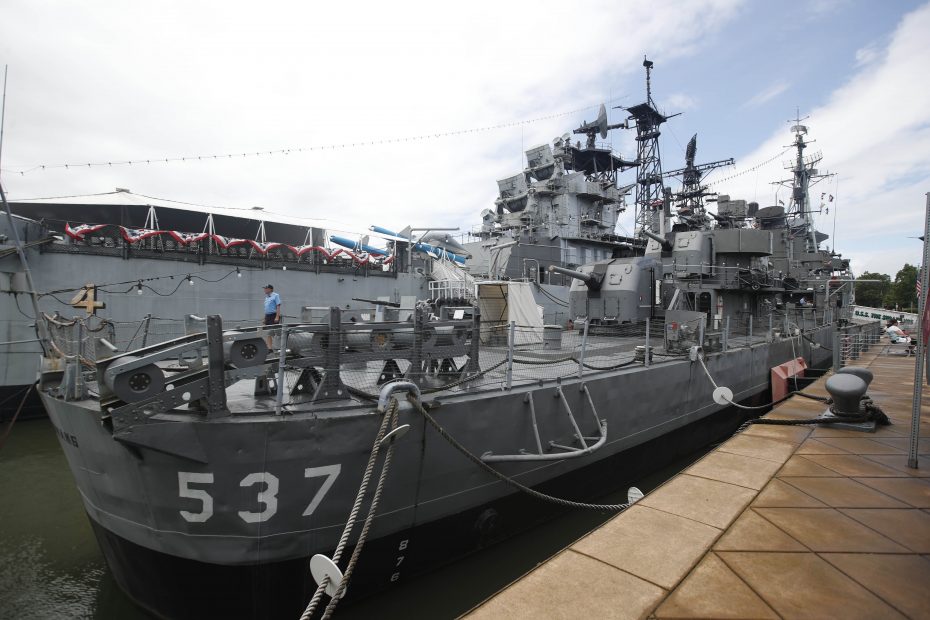 The USS The Sullivans, named in memory of the five Sullivan brothers who lost their lives during the Battle of the Solomon Islands. (Sharon Cantillon/News file photo)

Finally, the 39-year-old Naval Park has also hired its first education director and a curator, using two grants to fund them.

"We are largest inland maritime exhibit anywhere in the country," Marzello said. "We hope to encourage anyone interested in going into maritime. This might be the start of that."