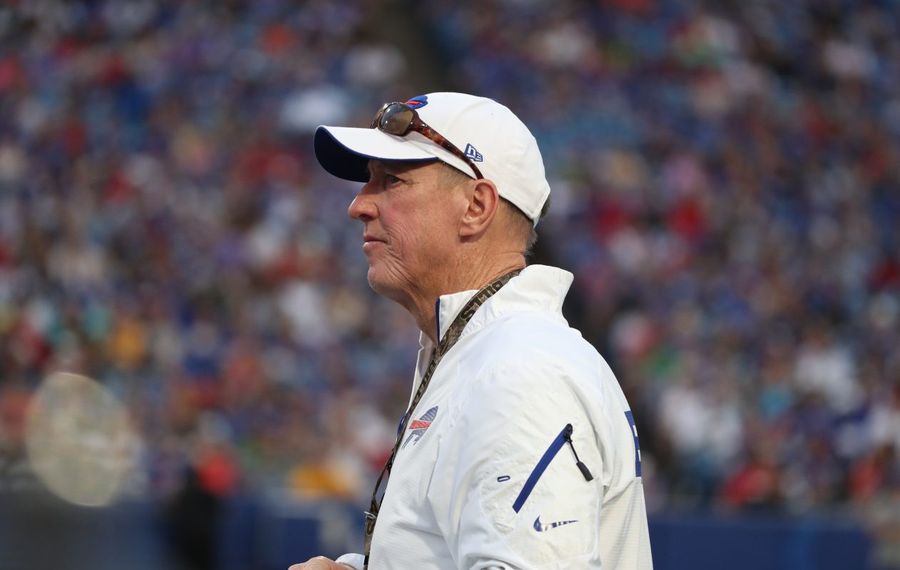 Update: Jim Kelly is "doing well," expects to be hospitalized for two weeks.

"Surgery is complete," Jill Kelly wrote in an Instagram post. "Thank GOD and the amazing team of doctors and nurses that took care of Jim today...and will continue to take care of him as he heads into a very significant time of recovery."

Surgery is complete. Thank GOD and the amazing team of doctors and nurses that took care of Jim today...and will continue to take care of him as he heads into a very significant time of recovery. #12 Can you see it? During pre-op the computer in our section wasn’t working so they had to get a new one. Then Jim says to me, “Did you see the computer? You should take a picture.” And so I did! As silly as it sounds, God gave us the #12 computer. And almost 12 hours of surgery later....#12 is now on the road to recovery. I’ll be posting more details soon, but wanted to say “THANK YOU” for praying and standing on the promises of God! We have a long road ahead, but we do not walk alone...the Lord goes before us and is with us...we will not fear. (Photos are from before surgery, just look at his smile. He is my inspiration and hero❤) #KellyTough

"We successfully removed Mr. Kelly's cancer from his upper jaw and lymph nodes from his neck," Dr. Mark Urken, the operating surgeon, said in a statement. "We then reconstructed his upper jaw. Mr. Kelly is resting comfortably post-operatively."

Kelly announced in early March that he had squamous cell carcinoma in the upper right jaw, a similar form of the disease that was surgically removed from his upper left jaw at ECMC in 2015. The recurrence was detected when he had a biopsy in advance of a planned procedure to have his upper left jaw – part of which was removed, along with a portion of his palate – reconstructed to help relieve severe pain he has felt for three years. The plan then shifted to have it removed and reconstruction done on both sides.

Kelly said he sought to have the reconstruction because he no longer could continue dealing with pain for which medication was no longer providing sufficient relief. He also no longer wanted to have the prosthesis he has had filling the gap left by the previous surgery.

Urken, an otolaryngologist and head and neck surgeon at Mount Sinai, planned to use a technique called microvascular reconstruction, which involves a portion of the fibula from one of Kelly's legs – along with attached soft tissue and blood vessels – being inserted into the upper jaw.

"I feel very confident that we're going to be able to get not only around this tumor very readily but also get Jim back on track here with, hopefully, a better quality of life moving forward," Urken told The News earlier this month.

The leg from which part of Kelly's fibula was removed should function normally. The fibula is chosen because it is a non-weight-bearing bone.

"We don't interrupt the knee or the ankle joint where the fibula is part of that structure," Urken said. "We take that central portion of it in order to redesign it and, essentially, repurpose it into functioning as a new jaw for him. But it will not affect Jim's gait or his ability to go back to playing sports, cycling, doing just about anything you want to do."

Kelly is expected to be attached to a feeding tube and trach tube for two weeks after the surgery.

"The Kelly family requests that you continue to pray for Jim's recovery as it will be extensive," Jill Kelly said in a statement through the hospital.