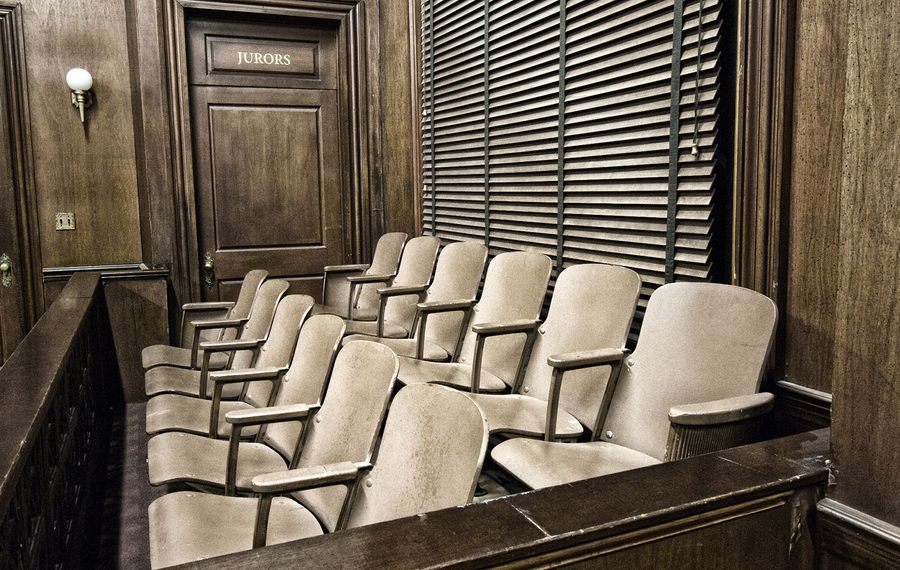 Jordan R. Patterson didn't like what he saw on a recent Monday at the Niagara County Courthouse.

The 23-year-old African-American criminal defendant was walking into the Lockport courthouse, where his trial on rape charges would soon begin, and he looked at the prospective jurors gathered in the entrance.

Among the 86 prospective jurors, only two or three were people of color. Patterson worried about getting a fair verdict from the overwhelmingly white jury pool.

"In seeing all the potential jurors lining up outside the courtroom and staring at him, it put a chill up his back," said Robert R. Fogg, who's Patterson's defense lawyer and also an African-American. 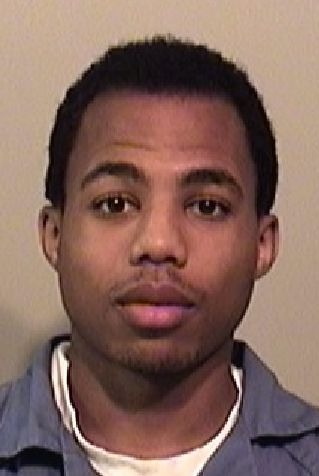 The gap is wider in other counties.

Erie County's population is 13.9 percent black or African-American, but blacks made up 7 percent of prospective jurors in 2016. That's the fourth-largest gap in the state, according to a Buffalo News analysis of court data.

State figures show that in all but two counties in the state, from Manhattan to the most rural upstate counties, the percentage of black prospective jurors is less than the percentage of the local black population.

It's not just defendants who are alarmed. Judges are concerned, too.

"Our strength is in our diversity, and the fact that we have so few black jurors is troubling to me," said State Supreme Court Justice Richard C. Kloch Sr.

Patterson faces a possible sentence of life in prison if convicted as a sexual predator.

After what Patterson saw of the jury pool at the courthouse, he made a last-minute decision to switch from a jury trial to a bench trial.

He put his fate in the hands of Kloch, who declared a mistrial last week for reasons unrelated to the defendant's choice of a nonjury trial.

Fogg said when the case is retried Aug. 7, he will advise his client to ask for a jury, even if it is all-white.

State judiciary law says the jury panel must reflect "a fair cross section of the community."

In the absence of prospective black jurors, local judges try to make sure the jurors they have are open-minded.

Kloch said he asks prospective jurors to raise their hands if they feel a minority defendant is more likely to be guilty.

"I've had individuals ask to approach the bench, in the presence of the defendant and his lawyer and the prosecutor, and say that they are prejudiced," Sheldon said. "And they are embarrassed. I always excuse them.

"I have had, on more than one occasion, an all-white jury acquit an African-American defendant," Sheldon said. "I hope that validates the process."

Jurors, whether on all-white juries or not, take their responsibility seriously, said Niagara County District Attorney Caroline A. Wojtaszek.

"Jurors generally understand the magnitude of what they're preparing to do and the service they're there to provide," Wojtaszek said.

In 1986, the Supreme Court ruled prospective jurors can't be rejected simply because of their race. If either the prosecution or the defense tries it, the other side can demand an explanation. The judge then decides if the reason for dismissing the prospective juror is legitimate or simply a pretext for a race-based removal.

But sharp lawyers can work around this.

One way: Ask prospective black jurors what they think of the police, said John V. Elmore, an attorney who is black.

"If that potential juror has expressed anti-police bias, that's a race-neutral reason (for a challenge)," Elmore said.

"I've had a lot of success trying cases in front of all-white juries," Elmore said. "I think it takes a unique perspective and a lot of specialized training to be successful doing that."

In court two weeks ago, Kloch told Patterson that he, Fogg and the prosecutors would question the prospective jurors about their racial attitudes.

Their attitudes could be an important factor in a rape case where some of the alleged victims are white girls.

Patterson stuck to his decision to avoid placing his case in the hands of what could have turned out to be an all-white jury.

"I advised him, in my experience, jurors always have risen to the occasion and done the right thing, regardless of race," Fogg said.

There's no means of determining the racial breakdown for those who are sent jury duty notices, said Lucian Chalfen, spokesman for the state Office of Court Administration.

"Our qualification questionnaires originally sent in the mail do not ask any information about race or ethnicity," Chalfen said.

But state law requires counties to give a survey card to those who report to court. It asks them to check off their race, gender and whether or not they are Hispanic.

The resulting survey says 60 of the 62 counties have fewer black jurors than their percentage of the population. The exceptions are Saratoga and Yates counties, which have tiny black populations.

The statistics come with caveats. Some counties reported significant numbers of jurors refusing to fill out the card, and there is a box for "other/mixed" that produced double-digit results in 11 counties. The cards provide the only information available on the racial composition of New York jury pools.

Niagara County Commissioner of Jurors Christopher A. Pannozzo declined to speak on the record for this story.

But in a 2007 Buffalo News article about a black man from Niagara Falls who complained about being convicted of rape by an all-white jury, Pannozzo said the issues included the transient nature of the minority population in cities and simple refusal to comply with jury summonses.

"I've read studies, and it comes back to simple non-compliance," Kloch said.

The Commissioner of Jurors Association and its Jury Support Office have regular discussions about methods to encourage populations that are perceived to be underrepresented to serve, said Chalfen, the state court system's spokesman.

"In addition to conducting research, community outreach is a path that is followed to encourage service across all demographics," Chalfen said. "That said, we are always concerned with having the most true representation of the population to serve as jurors."

"We try to make it as fair as possible," said Paul G. Gaughan, Erie County commissioner of jurors. "We try to do community outreach. We'll come to your school or church. I just did a radio show."

It's a misdemeanor to ignore a jury summons, but that offense is not punishable by jail.

State law imposes a $250 civil penalty when a county commissioner of jurors decides to file a charge and wins a conviction.

Gaughan said he sends out "impressive-looking" non-compliance notices which seem to get a lot of people to pay attention. He said Erie County's non-compliance rate is about 5 percent.

"We don't have a non-compliance problem," Gaughan said.

Local issues can enter into the problem of minority non-participation. In Niagara County, it's poor bus service.

"There's not a lot of public transportation for African-Americans in Niagara Falls to get to Lockport in time for jury selection," Elmore noted.

"We have tried to lay the groundwork so we can potentially do felony trials in Niagara Falls," Wojtaszek said.

The court system and bar associations need to do more to educate minorities about the importance of jury service, Elmore said.

"When you serve on a jury, your vote actually counts on how justice is administered in your community," Elmore said.

"We as a minority don't have the luxury of trying to escape our civic duty," Fogg said.

"You can go to our website and volunteer," Gaughan said.

How many people actually do that?