If you’ve been around Buffalo for a few years, chances are you’ve been to, or at least seen, a Joe’s Deli.

With four locations now around Buffalo, Joe’s Deli offers plenty of opportunities to enjoy its sandwiches, wraps and salads.

On a recent weekday, we checked out its Maple Road establishment, which opened last May, for lunch. Located in the plaza at the corner of Maple and North Forest Road, it’s sandwiched between Dessert Deli on the right and Pizza Works on the left.

We made our choices and picked chips and drinks from a grab-and-go case. A few groups occupied tables, but there were plenty left over from which to choose our seats. Five minutes later, our food was brought to us hot from the kitchen. Points immediately won for speed of service. 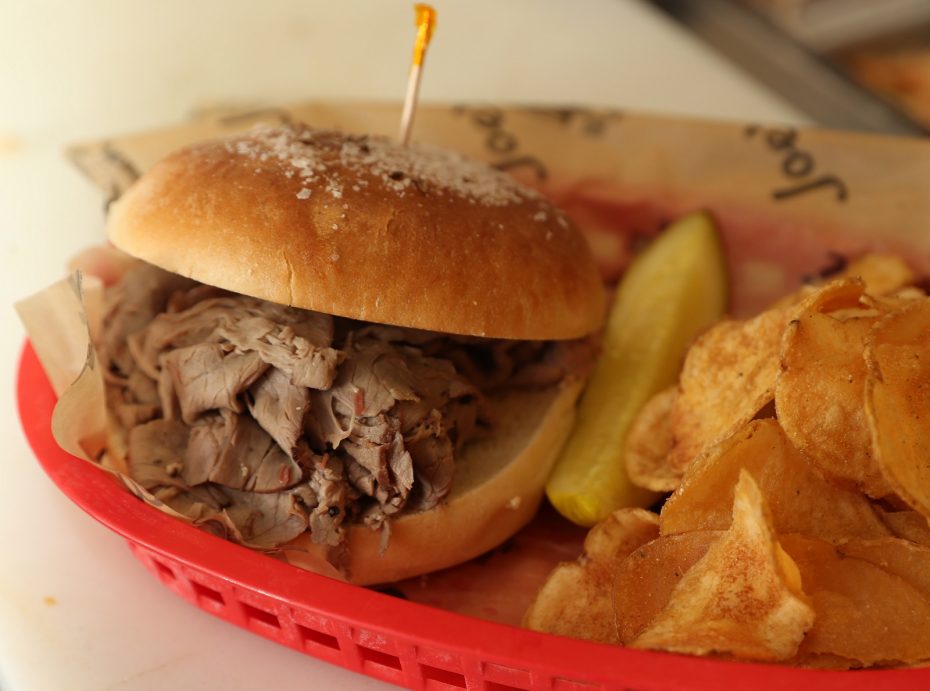 The beef on weck from Joe's Deli in Amherst. (Sharon Cantillon/Buffalo News)

One bite into the Frank Stallone, chopped steak with peppers, onions and melted mozzarella on a hoagie ($9.25), was all it took. I knew I had chosen wisely, and that the rest of the meal would be enjoyable. A pickle and kettle chips, which tasted like they were sprinkled with a garlic seasoning, were served on the side with the hot sandwiches.

Just as I was in chopped steak bliss, my sister was in her own little parcel of heaven, albeit hers was fish. She had gotten the fish sandwich, lettuce and tomato on a hard roll with fries and coleslaw ($8.99), featuring a battered filet, fried to crispy perfection.

“This,” she said between bites, “is really good.” The fries on the side appeared hand cut, although the portion was a bit skimpy.

My mom, the third in our party, chose the healthiest, putting the two of us to shame. She tried the hummus wrap, starring a crispy mixture of salad greens, sprouts, cucumbers, red onion, feta and an olive salad ($7.25). She was just as pleased with her choice as we were with ours. 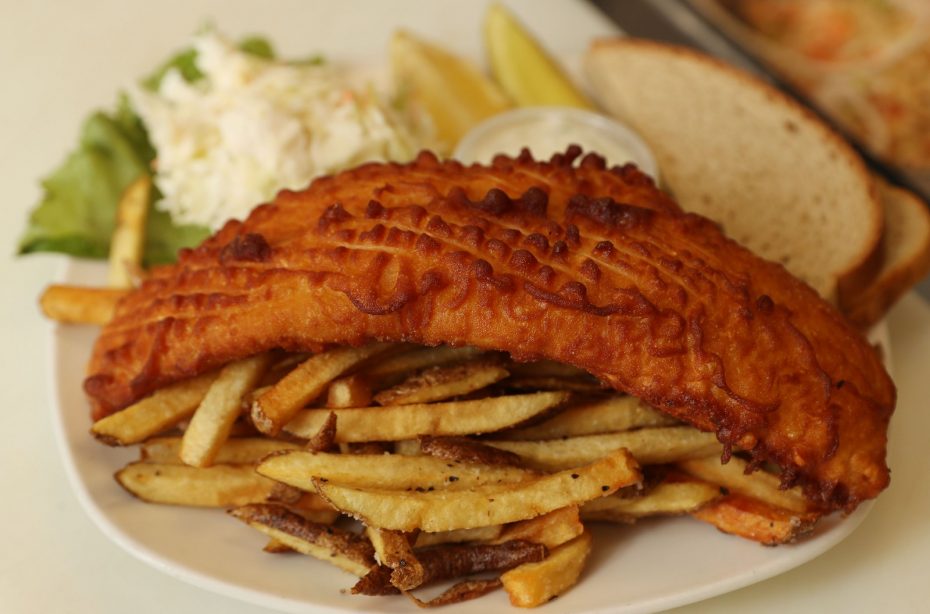 Overall, we were impressed with the freshness of ingredients. Nothing tasted like it had been sitting. Everything was made to order with quality food. Service was friendly and the ambiance pleasant, comfortable either for a quick takeout or, for those blessed with time, a sit-down meal. 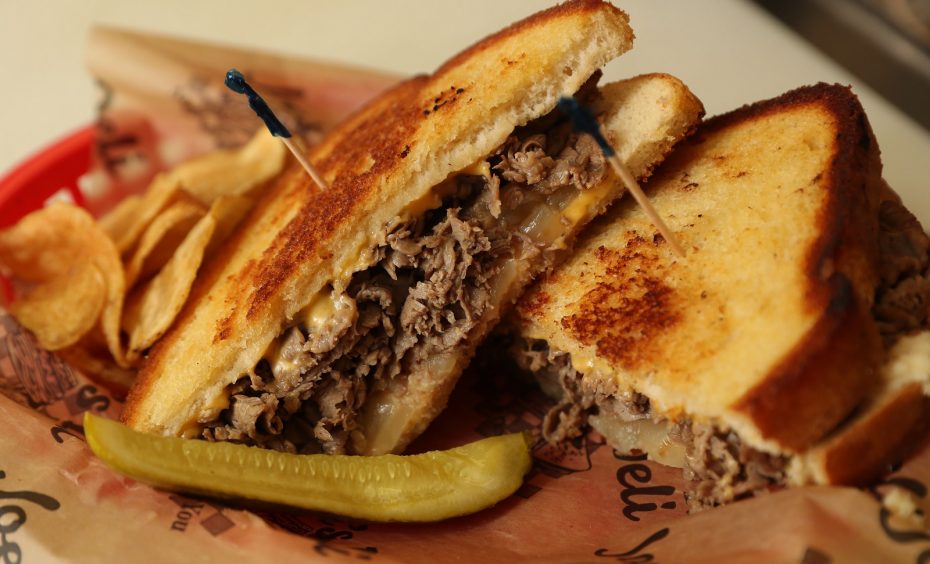 This is a solid choice for anyone looking for a deli experience that’s a notch higher than the rest. Judging by the stream of people flowing in and out, we weren’t the only ones to come to that conclusion.

Joe’s Deli’s newest location is on the second floor of the Oishei Children’s Hospital downtown. Its two other locations are Hertel Avenue at the corner of Colvin Boulevard and on Elmwood Avenue between Anderson Place and West Utica Street. Each offers a slightly different menu.

Of special note for parents: from 4:30 to 8:30 p.m. on Tuesdays, kids eat free at all Joe’s Deli restaurants, with the exception of the Oishei location. 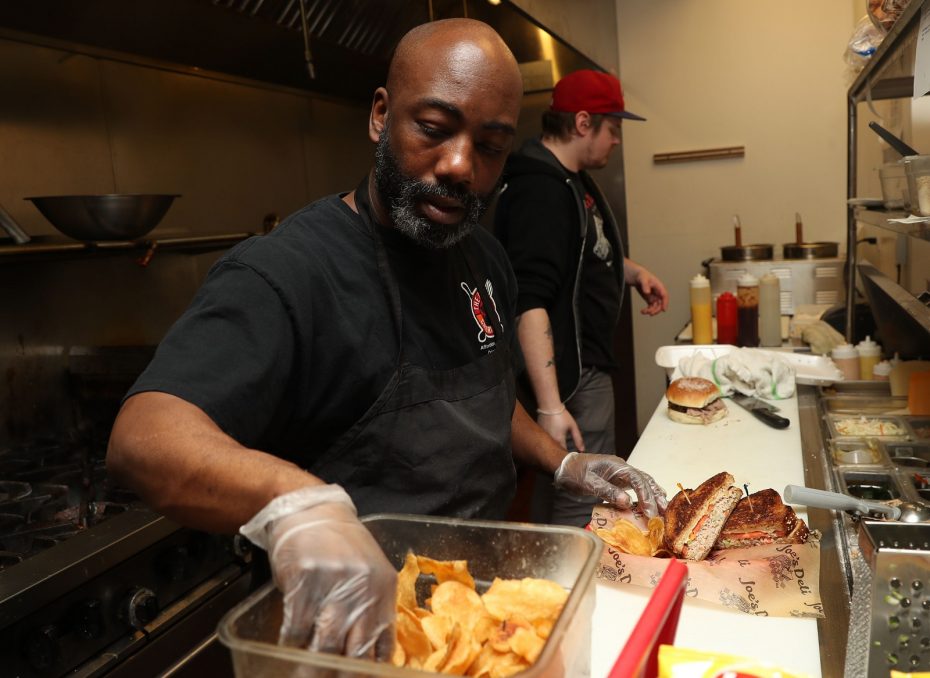