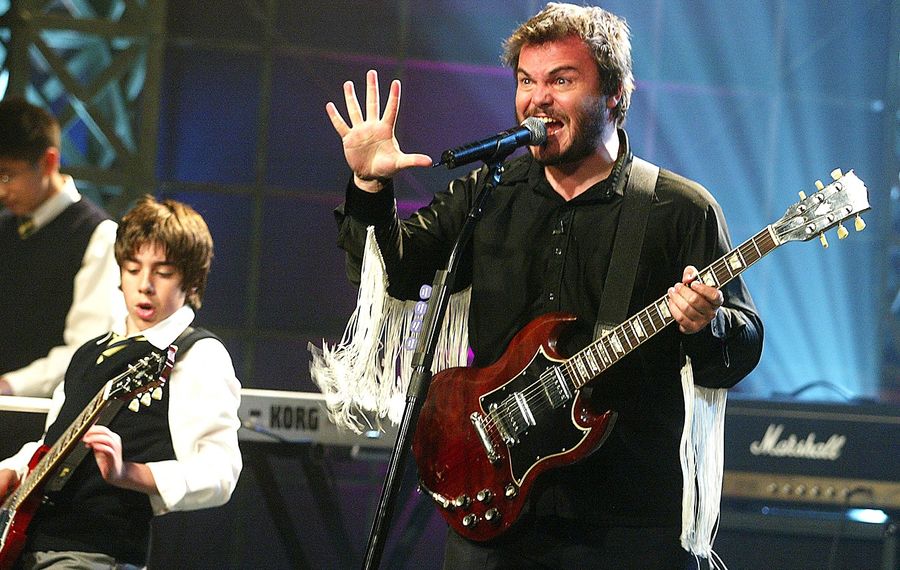 We watched it on what felt like a repetitive loop. To the point where we could quote the dialog and I only needed to gesticulate wildly, a la Jack Black, yell "Motorhead! What is wrong with you people!?!?" and my son would crack up.

"School of Rock," the 2003 film directed by Richard Linklater and starring Jack Black, was one of my son's earliest obsessions. He was 4 when it came out on video and he would stand in front of the television with his first guitar and attempt to jam along to a soundtrack that included the Who, the Ramones, Led Zeppelin, the Black Keys and AC/DC. The film would barely have ended and Declan would be demanding to watch it again. This went on, daily, for the better part of a year.

I was completely encouraging of this behavior. The film was not only hilarious, it drove home a point I considered significant: If you want to be a musician, and you're willing to work, you can be one. And the best way to do that is to learn a few tunes and get on with it.

"School of Rock" - the film as well as the musical, which opens at Shea's on April 3 - seems to be loosely based on the life of Paul Green, a musician, producer and educator who founded the Paul Green School of Rock Music in Philadelphia, circa 1998. Green's concept was to make after-school music programs into something that kids would consider cool, simply by getting rid of the more formal aspects of music lessons and replacing them with a set list of awesome rock tunes. The goal for the end of each semester was always a full-on rock show.

Within a decade, Green's baby had grown healthy and strong, and schools bearing his name had opened in some 18 U.S. states, with an international version launching in Mexico. In 2010, he cashed out, and the franchise became known as School of Rock. Today, anyone willing to assume the start-up costs and take the chance can open their own School of Rock brick & mortar franchise beneath the company's umbrella.

I can’t count the times I've thought about doing that. In fact, I already did it, in an informal way. I turned my basement into a musical after-school program, where the young musicians in my son's circle of friends were encouraged to play as long and as loud as they liked. When the kids were young, this often meant lengthy, droning, experimental jams. As they grew, it came to mean learning cover songs and rehearsing them until they were polished, and then ultimately, crafting their own arrangements and writing their own music. 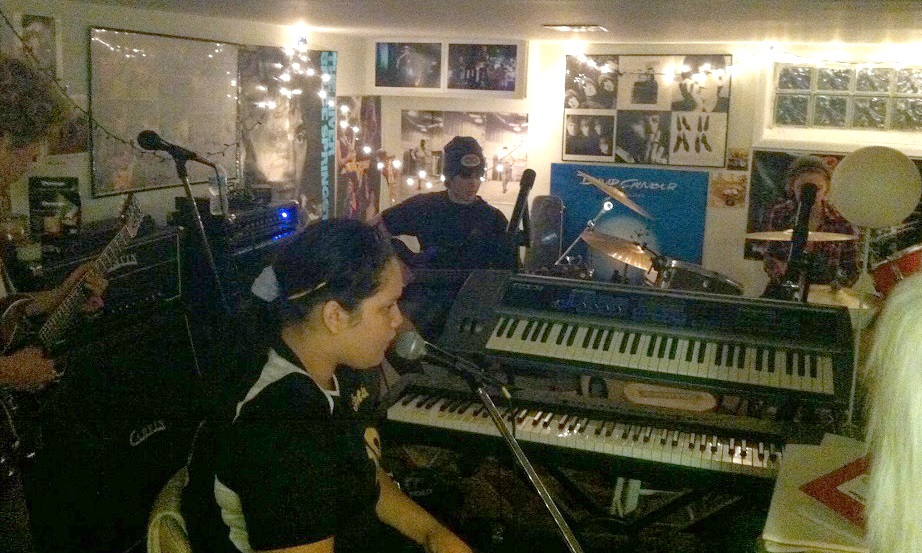 Early days of the informal 'School of Rock' in the Miers family's basement. (Photo by Jeff Miers)

For a while, I took a leadership role, believing that the most effective way to grow as a musician was to get a set of songs together, rehearse and play them in front of people. My son had the bug, so I put together ensembles to back him culled from my group of friends, who happened to be not only great people, but professional musicians. We played wherever we could – beginning in the basement, moving to the yard for parties, then to the Music is Art festival, and clubs. Eventually, my son moved from guitar to bass, and he fulfilled that role in my own band, and later, in a side-project dedicated to playing the complex, demanding music of prog trio Rush.

After a while, I couldn’t keep up any longer. The kids were getting deep into jazz, and I had served my purpose by encouraging them and organizing gigs along the way, sharing what I'd learned from being a (mostly) rock musician for 30 years. I was now superfluous. And that is exactly what was supposed to happen.

Every one of those kids who played in my basement is now either a professional musician or working to become one. They quite likely would have pursued such a course even if we'd never met. But I'd like to think they'll look back on those days in our basement studio fondly.

Green's whole School of Rock idea is one that has proven to be effective. So if you head to Shea's for a performance of the musical, and you feel inspired afterward, consider paying that inspiration forward.

Or, at the very least, make sure your kid knows who Motorhead is.