This weekend, around the world, readers who love JRR Tolkien's work – especially The Lord of the Rings – will celebrate a Tolkien Reading Day, in Tolkien's honor.

In one of the more unlikely episodes in my life, the England-based international Tolkien Society credits me with being the founder of the event. It's kind of a wonderful and surprising story, but this is absolutely true: My passion for Tolkien has everything to do with family history in Buffalo.

In that sense, there is no doubt that childhood impressions and memories of this region led directly to this Reading Day.

I'll share the tale here, along with a request:

If you're someone moved by LOTR or other works by Tolkien, I'd love to hear from you about why those books mattered in your life. In a sense, we'll use the comments after this piece as a way of holding a digital reading day in Western New York.

It begins with an essay by Robert Shear, a South Buffalo native who joined with the American Corner Bitola in organizing a Reading Day in Macedonia.

And we'll have an actual Upstate Reading Day at 1 p.m. Sunday, at the Syracuse Marriott Downtown – an architectural sibling of Buffalo's Statler – in Central New York. That's something three of us – John Mariani, Jim B. Johnson and myself – have put together for years at the birthplace of the global events.

Next year, I'd love to hold an actual Reading Day gathering at a coffee shop or  bookstore in Buffalo, as well.

I picked up The Hobbit – and then the trilogy – for the first time when I was a kid. My oldest brother, Dennis, read the books while he was studying English at Fredonia State. When he was finished, he left them lying around a house that my parents rented in Dunkirk, and pretty soon my older brothers and sisters were tearing through them, as well.

I think I was in middle school when I started reading the books, and they plugged in – exactly – to how I was feeling about life and childhood. Western New York was the center of my universe; we lived in Dunkirk, and most of our closest relatives were in Buffalo.

This was a time when the entire region was struggling, when industries were dying and beloved landmarks were being demolished, and my mother would sit at the kitchen table – above her coffee and cigarettes – and tell us stories about being a girl on the West Side, about the days when the region was booming, about a time when Buffalo, bleeding population by the time I was a boy, had been among the handful of largest cities in the nation.

The theme was identical to the feeling Tolkien created for Middle-earth, a place filled with ruins from glorious days, where Gondor – the ancient city of men – was only a reflection of a much greater era.

Most powerful of all was the description of Mordor, undoubtedly based on Tolkien's own memories of British industry. Sauron's bleak domain – the place where Frodo and Sam, two hobbits, traveled with the ring – was a place of dark smoke and gloomy skies and black metal and burning torches, miles upon miles of barren industrial landscape.

As a child growing up on a street a block away from the Allegheny Ludlum steel plant, as a child whose parents often traveled along Route 5 when we went to visit family, all I could see when I read of Mordor was Lackawanna, that great smoking industrial corridor along Lake Erie, where the smell was so acrid and overwhelming we'd roll up the windows of the car as we passed through, even on hot summer days. 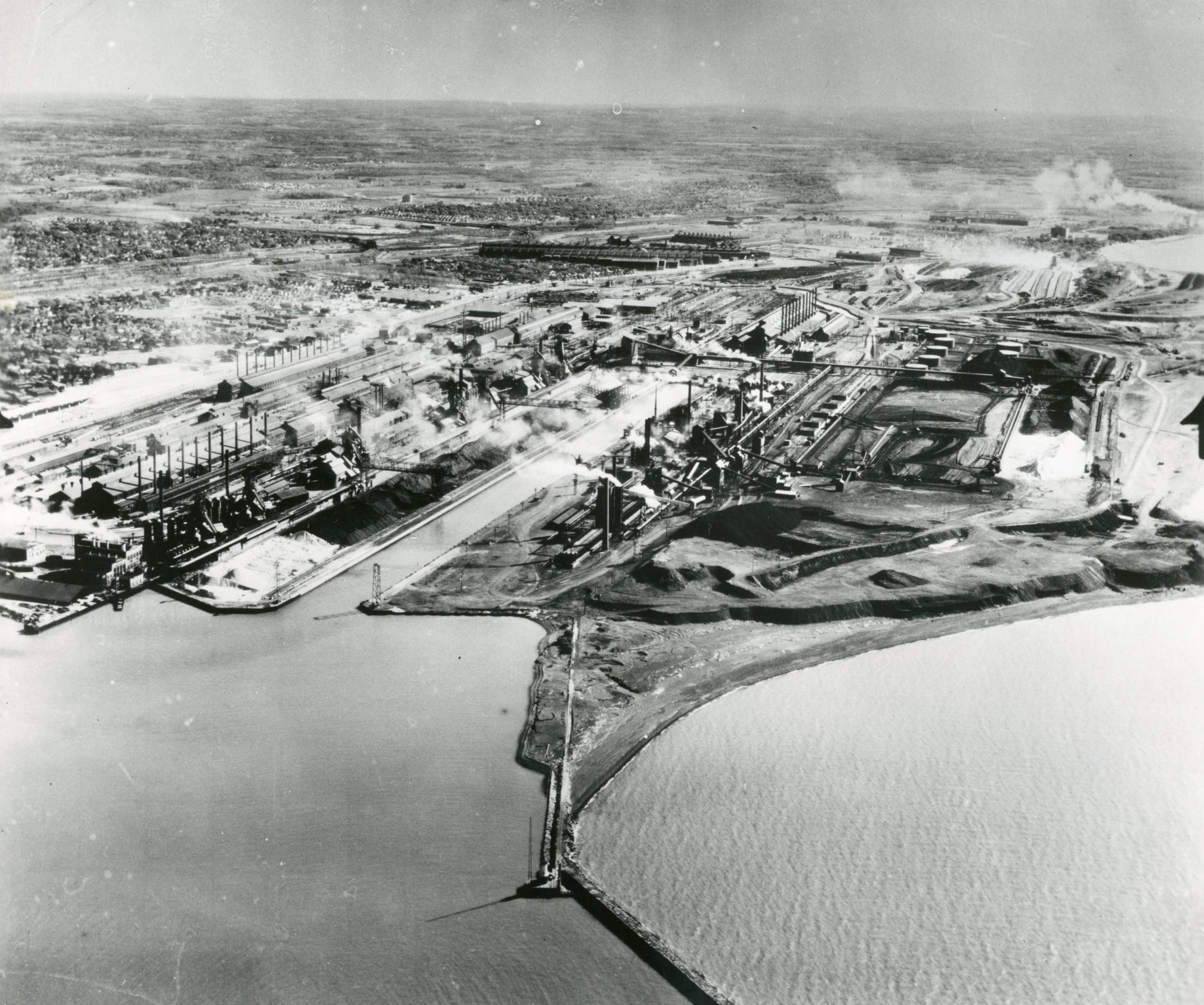 The old Bethlehem steel works: As a child, when I read Tolkien's work, his description of Mordor, I thought of Route 5. (The Buffalo News/file art)

Western New York, then - a place that was home, but a place intertwined with love and passage - became my Middle-earth. I appreciated the way Tolkien wrote of patches of unexpected natural beauty in the shadow of industry – I remembered a beautiful little woods, right next to the rusty fence of the steel plant, where we knew every path, every tree and hiding place – and the books took on a kind of spiritual meaning and relevance in my life.

He read it again and again and again. He was reading the books in 1988, when his heart gave out and he died at 70. He was midway through The Two Towers, in the hospital, when he fell into his last sleep. He left it on a table by his bed.

In a sense, he was in Middle-earth when he died. 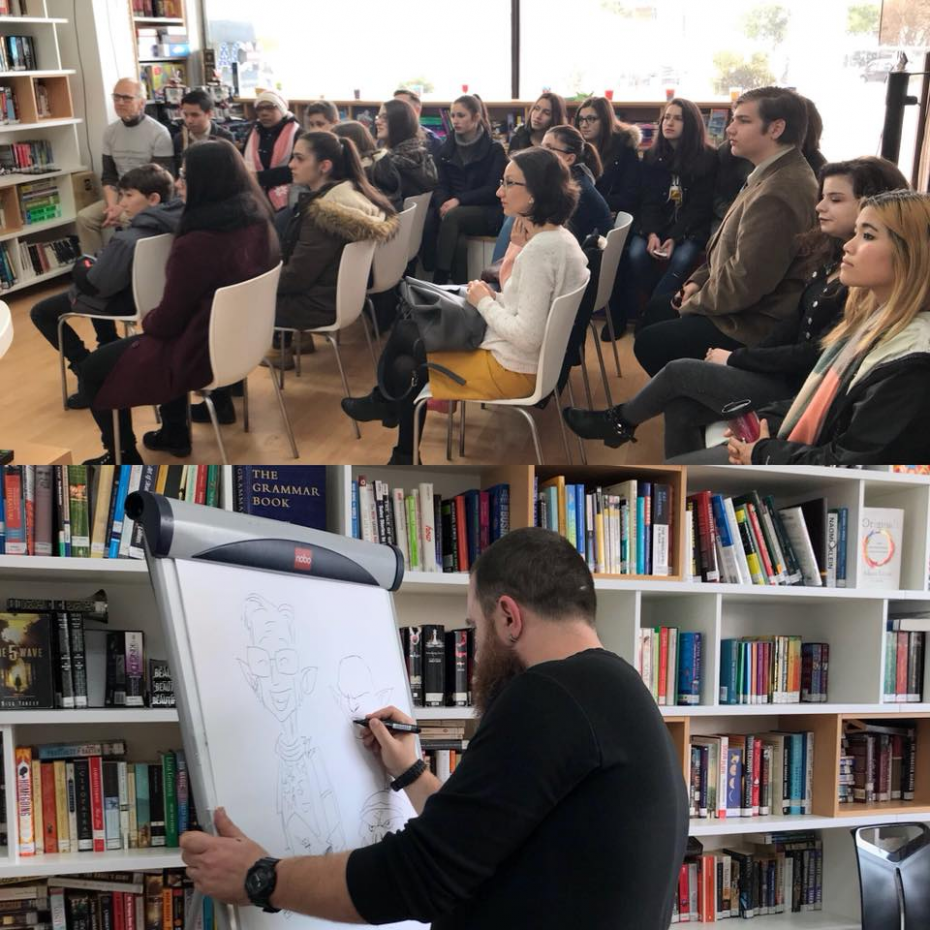 Anyway. Seventeen years ago, when I was writing columns for The Syracuse Post-Standard, I wrote a letter to officials with the Tolkien Society in England, wondering casually why they didn't have a reading day in the fashion of Bloomsday, the international celebration of the work of James Joyce.

A couple of years later, I was thrilled when I saw a wire story that said the Tolkien Society was indeed going to create a worldwide Reading Day, building it around March 25 – the day Frodo and Sam arrive at, well, if you haven't read the books, that would be a spoiler.

Let's just say they made their way through Bethlehem Steel.

My assumption was that many people made the same suggestion. But the kicker was this: The Tolkien Society contacted me a short time later, asking if it was all right if they credited me with coming up with the idea for Reading Day.

And this is absolutely true: I fell in love with Tolkien because of Western New York – more specifically, because I came from a factory family where you always felt as if you were born a generation too late – and there's a straight line from those childhood impressions to the international Reading Day.

So this is my first one as a columnist in Buffalo, and I propose doing what we first did in Syracuse, which is to have a digital celebration here. If you love the books, email me or leave a comment below. Next year, maybe we can have a formal gathering. 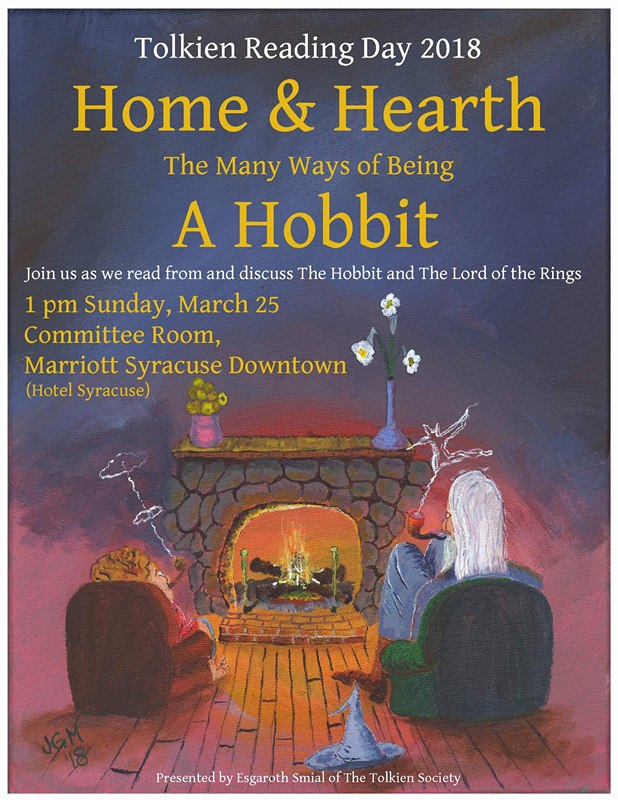 If you're especially inspired, feel free to join us for Sunday's celebration in Syracuse. It's basically a few dozen people – from retirees to children – who get together to read, share the books, renew old friendships ….

And on one day each year, to remember why they see Middle-earth in where they live.

Sean Kirst is a columnist with The Buffalo News. Share your thoughts on what Tolkien's books meant to you below, or email them to skirst@buffnews.com.

Story topics: JRR Tolkien/ The Lord of the Rings